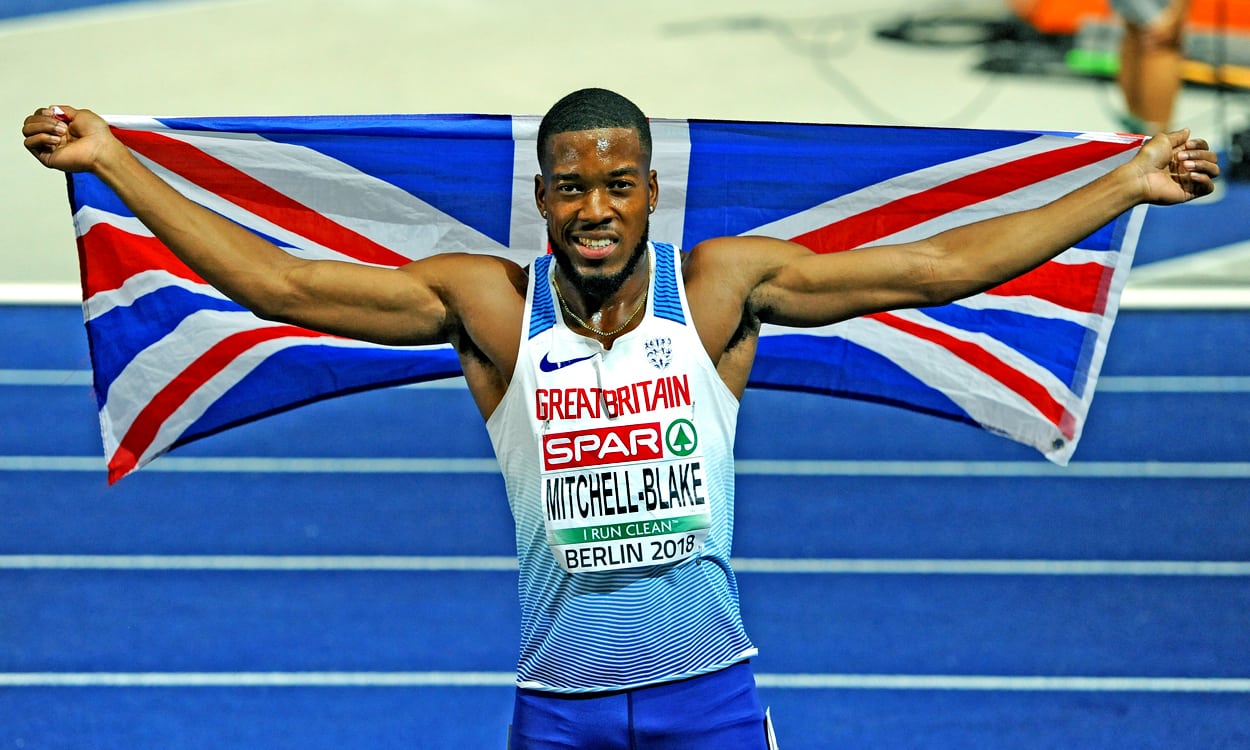 The man who anchored his country to world 4x100m relay gold last summer fought his way to the podium in a season’s best 20.04 (+0.7) behind Turkey’s world champion Ramil Guliyev’s championship record 19.76 and just edged Alex Wilson into bronze after the Swiss broke the national record with an identical time to Mitchell-Blake.

In a race where even sixth place would have been quick enough to win a medal in all previous European championships, Britain’s Adam Gemili came fifth in a season’s best 20.10. Ireland’s Leon Reid ran 20.37 for seventh place.

“It’s nice to get a piece of hardware in an individual event now,” said Mitchell-Blake, who will now turn his attention to the European 4x100m relay mission. “I know I’ve been preaching about it and this is my first taste of individual success.

“It just fuels me to get more. I’m happy that I’m not satisfied or content going forward. I want to see it off with relay gold and continue the season on a high.

“Slow progress is better than no progress and it’s been a tedious one (season). I’ve questioned myself but this is validation for the work I’ve been putting in. You go through winters where you think ‘is track really life?’ but moments like this make it worth it.”

💬 World relay champ @NethaneelMB won his first senior individual championship medal last night and described it as ‘validation’.
“You go through winters where you think ‘is track really life?’ but moments like this make it worth it.” #Berlin2018 pic.twitter.com/iwRHfqbsHL

Another world champion to bring his London success to Berlin was Karsten Warholm in the 400m hurdles as he broke the European under-23 record in winning the continental title.

The Norwegian clocked 47.64 to once again hold off the challenge of Turkish defending champion Yasmani Copello, the man who also finished second to him 12 months ago, running a national record of 47.81.

Bronze went to Ireland’s Thomas Barr, fourth at the Rio Olympics, in a season’s best 48.31.

“This was fantastic! After my world title I am European champion now! It sounds like where I should be,” said Warholm, who is also competing in the flat 400m, and received a great ovation from another sizeable Olympic Stadium crowd. 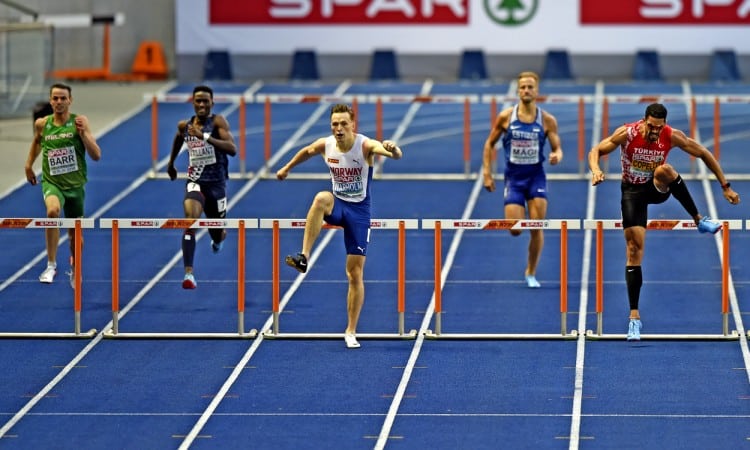 The majority of the audience had come, however, to watch the men’s javelin competition which involved the German trio of Olympic champion Thomas Rohler, world champion Johannes Vetter and national champion Andreas Hofmann.

It was Rohler, whose image adorns one of the huge promotional pillars on the ‘European Mile’ right in the centre of the German capital, who came out on top thanks to a third-round throw of 89.47m.

Hofmann landed silver with his second-round effort of 87.60m which he celebrated as soon as the javelin left his hand. There was to be no medal for Vetter, however, as his best of 83.27m meant he had to settle for fifth place.

Bronze went to Estonian Magnus Kirt following his first-round 85.96m and, when victory was confirmed, Rohler promptly celebrated by throwing himself into the steeplechase water jump.

That's how you celebrate a gold medal 😂

“We have so many strong throwers because all this has been built up, it is a long process to build a javelin team,” said Rohler. We share knowledge, we put our heads together, the secret is not to have secrets. This is javelin-Germany!”

Defending champion Mahiedine Mekhissi-Benabbad won his fourth 3000m steeplechase title, to add to his three successive Olympic medals, winning in a time of 8:31.66 ahead of Spaniard Fernando Carro’s 8:34.16. The talented 20-year-old Italian Yohanes Chiappinelli won the first senior medal of his career with bronze in 8:35.81.

Another athlete to impress was Britain’s Zak Seddon, who clocked 8:37.28 for fifth.

“The last few laps were some of the hardest I have ever run but there was no place I’d rather be than right then and there,” he said. “It was good. I wanted that and I am happy with the result.”

In the men’s high jump qualifying, British champion Chris Baker and Commonwealth Games fifth-placer Allan Smith did not progress after their bests of 2.21m, while compatriot David Smith also made an early exit with 2.16m.