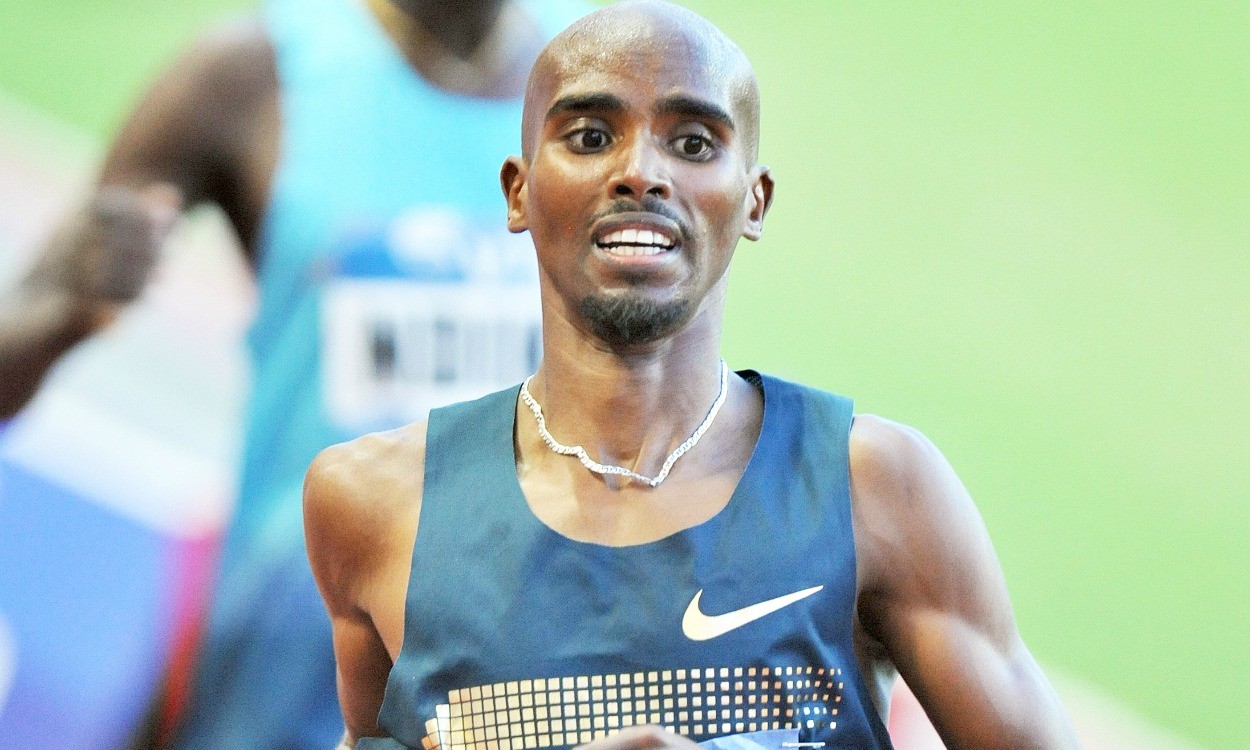 Mo Farah sent out a message to his rivals ahead of London 2017 by defeating a loaded 5000m field at the Pre Classic in Eugene.

As in so many major championship finals, Farah’s rivals let him assume pole position in the final 800m and, once there, the Briton controlled the race before kicking clear of Yomif Kejelcha and Geoffrey Kamworor in the final 100m to win in a brisk 13:00.70.

A few days earlier Farah had suffered a rare defeat as he lost to Olympic 1500m champion Matt Centrowitz over the metric mile. But in Eugene over his more favoured 5000m distance, he was always in control.

The four-time Olympic gold medallist had been training in Arizona recently and things have obviously gone well since his underpar performance at the Great Edinburgh XC in January.

The men’s triple jump was spectacular with the third best mark in history. Will Claye and Christian Taylor were tied on 17.82m but then Taylor hit back with a huge 18.11m – a mark that only Jonathan Edwards and Taylor himself have beaten. Not to be outdone, Claye then jumped 18.05m but victory went to Taylor.

Rosario Andre of Brazil won the invitational mile in 3:51.99 from Britain’s Chris O’Hare, who ran 3:53.34 to continue his fine start to the season, with Henrik Ingebrigtsen in third.

But the story of the race was Jakob Ingebrigtsen, the younger brother of Henrik, becoming the first 16-year-old to run a sub-four-minute mile with 3:58.07.

Faith Kipyegon dominated the women’s 1500m with a 3:59.67 victory from fellow Kenyan Hellen Obiri with Laura Muir third in 4:00.47 – a decent run from the Briton after having had hay fever problems in recent days – as Laura Weightman finished 13th in 4:10.50.

There were fast times in the men’s 100m but they were helped by a tailwind of 2.4m/sec. Ronnie Baker of the United States won in 9.86 as Britain’s CJ Ujah finished third in 9.95 and Adam Gemili was seventh in 10.03.

Ryan Crouser of the United States also produced a great performance in the shot put with a big win and a best throw of 22.43m.

There was a big surprise in the women’s 200m as Tori Bowie of the US ran 21.77 to beat a field that included Olympic champion Elaine Thompson, plus Dafne Schippers and Allyson Felix. Helped by a 1.5m/sec tailwind, Bowie beat 400m specialist Shaune Miller-Uibo, who clocked 21.91, with Thompson clocking 21.98 in third and Schippers fourth with 22.30.

Elsewhere, American hurdlers were in good shape as Jasmin Stowers took the 100m hurdles in 12.59 and Ashley Spencer won the women’s 400m hurdles in a PB and world lead of 53.38.

Olympic champion Omar McLeod of Jamaica won the men’s sprint hurdles in 13.01 ahead of a field that included Britain’s Andy Pozzi in fifth with 13.19.

Caster Semenya was pushed all the way by a determined Margaret Wambui in the 800m but the South African cruised home first in 1:57.78 after a 59sec first lap as Lynsey Sharp finished eighth in 2:01.23.

Sam Kendricks of the United States took the pole vault in 5.86m with Renaud Lavillenie and Piotr Lisek joint runner-up 5cm behind.

» Full coverage in the June 1 issue of Athletics Weekly