Mo Farah and Sifan Hassan deliver in hour of need 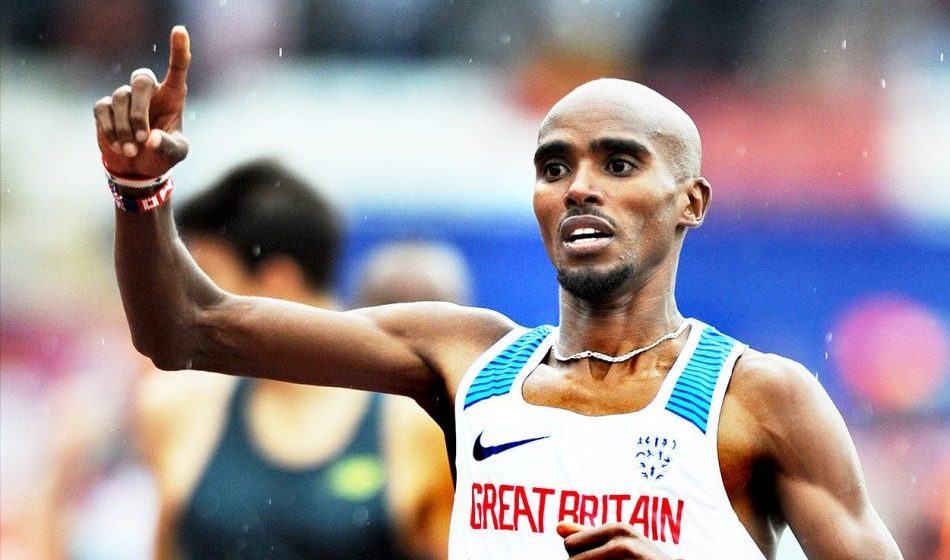 Cometh the hour, cometh the man – and also the woman. Mo Farah improved Haile Gebrselassie’s world record for the one-hour run at the Van Damme Memorial in Brussels, while Sifan Hassan smashed Dire Tune’s women’s mark in the King Baudouin Stadium in the Belgian capital on Friday night.

Farah added 45 metres to Gebrselassie’s mark as he covered 21,330m in his much-anticipated return to the track. Finishing with a flourish and even accidentally continuing to run briefly past the one-hour mark after struggling to hear the finishing gun, the 37-year-old looked relaxed at the end and sent out a warning to his rivals ahead of the Tokyo Olympics next year.

Farah, who last raced on the track in 2017, cut loose from his training partner, Bashir Abdi of Belgium, in the final minute of the event. The duo had run together throughout with flashing pacing lights on the kerb at 67-68sec per lap pace and a computerised image of Gebrselassie for TV viewers on their outside.

At one stage near the end the ‘Haile hologram’ pulled away from them and the record looked to be slipping from their grasp, but Farah finished strongly in trademark style in the largely empty arena to get back on pace as he completed almost 53 laps by the finish.

“I’m very happy to break the world record,” he said seconds after finishing, as he stood draped in a Union flag with a broad smile. “Myself and Bashir Abdi worked together today and I’m pleased to show people what’s possible.”

Abdi, meanwhile, who has been working hard with Farah at altitude in Font Romeu in recent weeks, was also inside Gebrselassie’s old record with 31,322m. Due to leading Farah in the final mile, Abdi also took five seconds off Gebrselassie’s world track 20km record with 56:20.02.

Ethiopia also held the women’s world record going into the meeting – Tune’s 18,517m set in 2008. But Hassan (pictured below) covered 18,930m as the world 1500m and 10,000m champion drew away from world marathon record-holder Brigid Kosgei in the final 60 seconds. 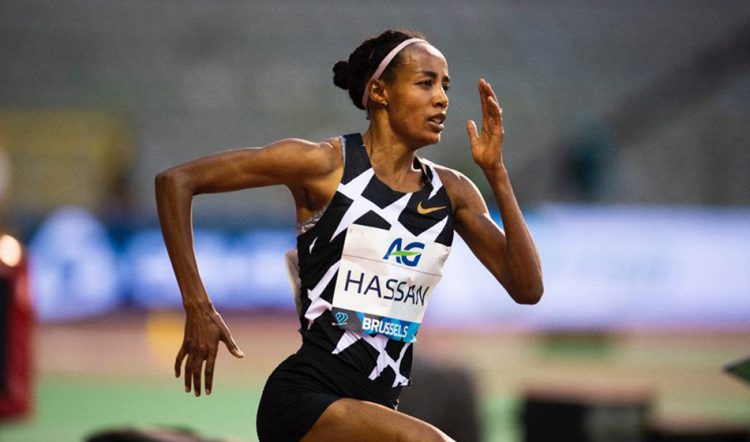 Kosgei covered 18,901m while Lonah Salpeter managed 18,571m – both better than the old record – although Kosgei was disqualified for a lane infringement – a seemingly harsh decision in what was ironically her first ever track race.

“An hour is long,” said Hassan. “It takes a lot of concentration and focus. After the first half I found my rhythm. I’m really happy with this record!”

There was no world record in the pole vault either as Mondo Duplantis tried and failed to clear 6.15m after earlier winning the competition easily with a 6.00m clearance.

A fortnight before he turns 20, Jakob Ingebrigtsen enjoyed a runaway win in the 1500m in 3:30.69. The Norwegian finished four seconds ahead of his rivals, which included Britain’s Charlie Da’Vall Grice, who finished fifth in 3:38.22.

Another Brit in action was Katarina Johnson-Thompson. The world heptathlon champion cleared 1.84m for sixth in a high jump competition won by Australia’s Nicola McDermott with 1.91m, whereas in the 100m hurdles she ran 13.57 for fourth behind winner Anne Zagre of Belgium, who ran 13.21.

Elsewhere Eseosa Desalu of Italy took the 200m in Brussels in 20.39 (0.1) as Richard Kilty finished sixth in 21.27 before swiftly announcing the end of his season to let his body rest up before beginning training for Olympic year.