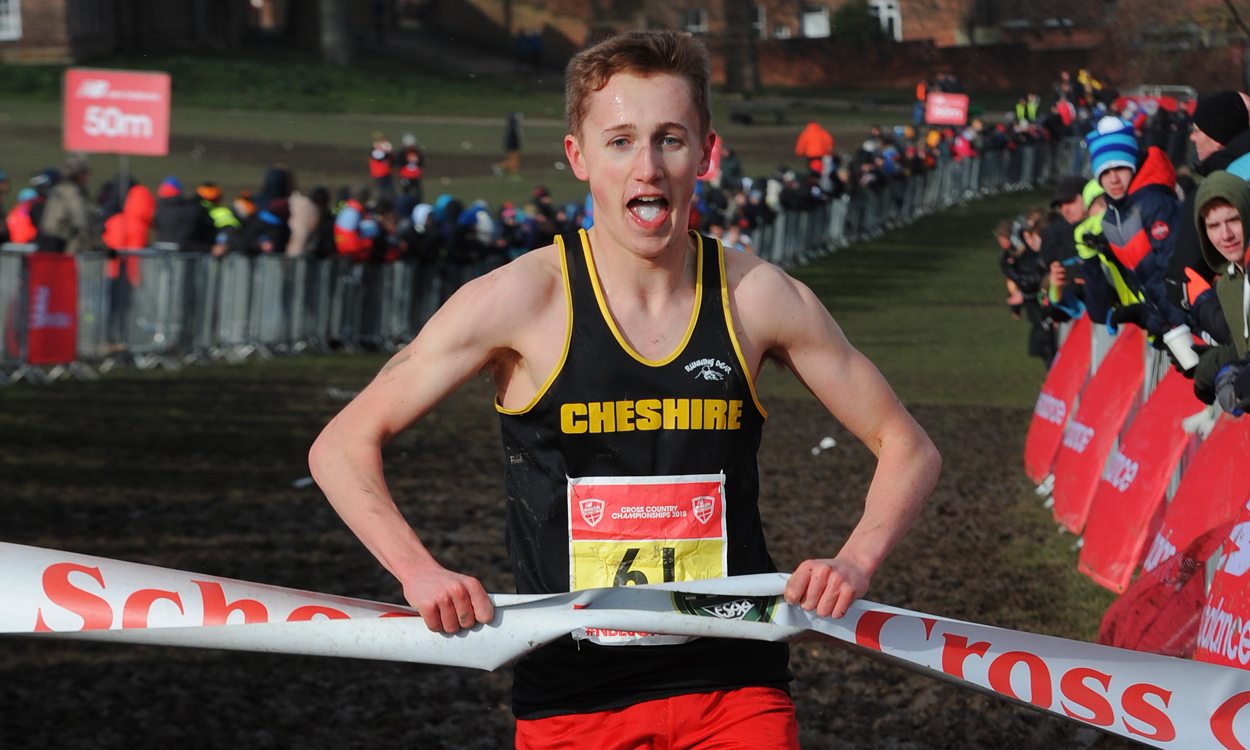 The Temple Newsam grounds on the outskirts of Leeds was not a place for the faint hearted on Saturday. Bitterly cold winds and occasional showers of sleet ripped across the rolling fields, while underfoot conditions rapidly deteriorated as runners in the 58th boys’ and 50th girls’ cross-country championships churned up the ground.

Amid fears the event might be called off due to bad weather, the organisers from the English Schools Athletics Association issued a defiant statement on the morning of the races. “This is normal cross-country weather in England and the championships will go ahead as planned.

“This is your chance to decry the increasing perception that kids nowadays are ‘snowflakes’! Turn up. Run. Get cold. Get muddy. Enjoy getting warm again! This is proper cross country weather.”

Rising to the challenge of the gruelling conditions – not to mention the tough competition from his rivals – the senior boys’ victory went to a budding triathlete, Matt Willis, who was running for Cheshire in his quest to complete a clean sweep of titles in all age groups.

Willis won the younger age group titles in Donington Park in 2014 and Nottingham in 2016 and here he beat Thomas Keen of Cambridgeshire by 18 seconds to take senior gold as third-placed Angus McMillan led North Yorkshire to the team title.

On the hat-trick, Willis said: “I did feel the pressure but I’m quite a calm person usually so I thought I’d just give it my best, enjoy it and see what happens.”

He added: “I always start slowly and was in about 50th after about 400m, but I managed to weave through and I sheltered from the wind, which was really strong.”

Fellow triathletes Alistair Brownlee, Alex Yee and Ben Dijkstra have won English Schools cross-country titles in recent years and Willis is further proof that a mixture of swim/bike/run training hardly harms your ability to mix it with the country’s best runners.

Holly Page of Kent was an equally impressive winner of the senior girls’ title as she beat Kirsty Walker of Berkshire by 10 seconds. Not everyone took to the conditions, though, with its never-ending undulations, soft mud and biting wind. Defending champion, Khai Mhlanga, finished sixth, for example, although she led Essex to team gold.

With her face daubed in cross-country war paint, Page (pictured below) said: “I really enjoyed every minute of that!”

Despite the bad weather? “That made it even more of a challenge!” she said. 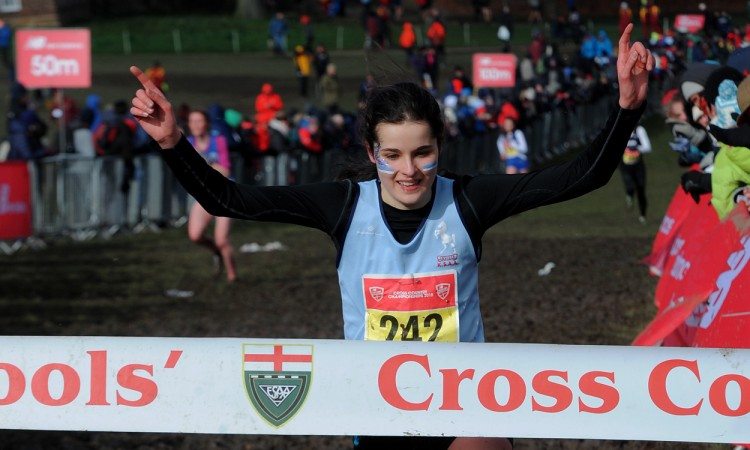 Henry McLuckie took the intermediate boys’ title after making a strong run for home with a lap to go. The Hampshire runner’s journey to Leeds had started on Friday at 6am when he left his home on the Isle of Wight but the trip was worthwhile as he beat Matthew Stonier of Kent and English ‘National’ winner David Stone of Middlesex.

The intermediate girls’ title went to Ella McNiven of Merseyside as she beat Keely Hodgkinson of Greater Manchester and 2017 winner Olivia Mason of Cumbria. Like a number of leading athletes at Temple Newsam, her next target now is the SIAB Schools’ International in Nottingham on March 24.

Bea Wood of Wiltshire finished 15 seconds clear of Inter-Counties champion Bethany Cook of Sussex to win the junior girls’ crown. Unlike many competitors on the day, Wood – whose first name is short for Beatrice – kept warm in tights, long-sleeved top and gloves.

In the junior boys’ race Woody Jerome produced one of the surprises of the day as he took gold by nine seconds from Tom Heal of Somerset and William Ashfield of Cheshire. The Surrey runner has only been training seriously for a few months and was 51st in the previous weekend’s Inter-Counties.

» See the March 22 issue of AW for 10 pages of reports, photographs and results from Temple Newsam