Laura Muir gets 2018 off to an impressive start 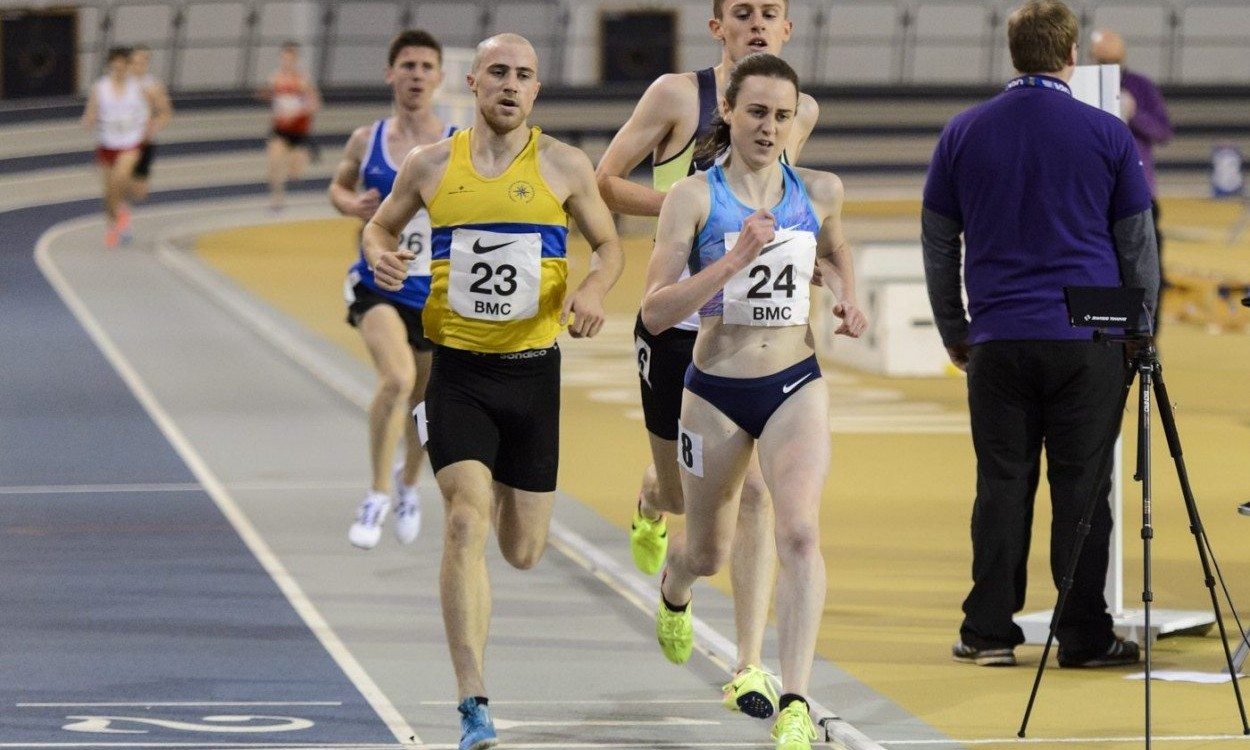 Laura Muir declared herself ‘quite happy’ with her day’s work after she got 2018 off to a gold-medal winning start by taking the 3000m Scottish indoor title at Glasgow’s Emirates Arena in Sunday’s GAA Miler Meet.

The double European indoor champion has her sights set on success at the IAAF World Indoor Championships in Birmingham at the beginning of March and sent out a message of intent, clocking 8:37.21 during a mixed race in which she came fifth overall.

That time is less than two seconds slower than the 8:35.67 Muir ran in lifting her 3000m crown in Belgrade last spring, and is all the more remarkable when you consider how labour intensive the final year of studies for her veterinary degree has been in recent months.

“It was quite tough,” said Muir, who will feature in the British team which defends their 4x1km relay title at the Simplyhealth Great Edinburgh XCountry this coming weekend. “The first kilometre was quite fast and I maybe got a bit excited at the start – which made the end quite painful!

“I think I’m quite happy with it, overall, even if I’d like to run faster. Considering what I’ve been working on, I’m pretty pleased.

“It was good to get a hard race in. It’s great to get this under my belt – and brilliant to see Sol win, as well. But I know I’m in shape to run a bit quicker than that. I’m excited with what my training’s showing.

“Certainly, come March, I should be ready to run something much quicker.”

Sweeney, who will also race in the mixed relay in Edinburgh on Saturday, as part of the Scotland B line-up, was delighted with his performance and joked about the bragging rights he would now have over his more illustrious training partner.

“Obviously in training most sessions I am ahead of Laura but it is quite good because she is right behind me so that is what pushes me on,” he added. “It is incredible what Laura has done since she started training with Andy (coach Andy Young) so I can only hope that I move in the same direction.

“It definitely has a huge effect having somebody like that in your training group. Every single session she is giving 110%, and she is only a few seconds behind me. If I am dropping off at all it is going to show because she is going to come past me.”

In the main women’s race, Melissa Courtney’s attempt to attain the World Champs qualifying standard came up short with a run of 8:55.10 – a personal best.

There was also a world best on the Glasgow track, with Falkirk Victoria athlete Fiona Matheson lowering her own W55 world record for 3000m to 10:18.83.

Meanwhile, the Emirates crowd saw Eilidh Doyle race over 200m and she was pleased with a time of 24.35 in a race won by Michael Dunn in 24.04.

“It is all about preparing for the World Indoors and the Commonwealth Games and that’s why I wanted to make a start on the indoor season,” said Doyle.

“I’m back for the National Open next weekend doing my first 400m and will see how that goes. We felt the 200m run would give me a good idea of what I will be looking for on the first lap next week.”