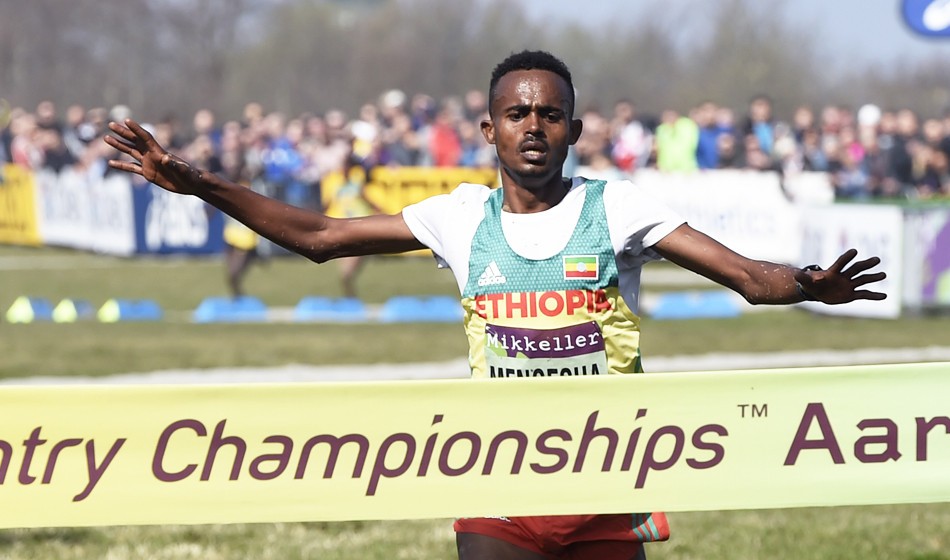 Jakob Ingebrigtsen’s much-anticipated World Cross clash with the Africans ended in defeat for the Norwegian but hardly failure as he finished a fine 12th in an under-20 men’s race won by Milkesa Mengesha of Ethiopia.

When the European champion confirmed he would race in Aarhus just four days before the championships began, it was a huge boost to the organisers and fans as it set up a mouth-watering showdown. Yet Ingebrigtsen faced strength in numbers and ultimately five Ethiopians finished in front of him, plus three Ugandans and three Kenyans, with a runner who was only third in the Ethiopian trials leading everyone home.

Mengesha and fellow Ethiopian Tadese Worku broke away into the final lap. The duo held on for an Ethiopian one-two as they led their country to a comfortable team victory, but they had to work hard to keep Oscar Chelimo at bay of Uganda at bay.

Mengesha, 18, clocked 23:52 with Worku two seconds behind and Chelimo only a further second in arrears as Leonard Kipkemoi Bett was the first Kenyan to finish in fourth.

“It was a very difficult race,” said Mengesha. “It was an amazing experience and I would like to thank everyone out here including my team. We train very hard for this, so it is very nice to bring them the gold.”

Ingebrigtsen ran 24:39 and was even out-sprinted in the last 100m by Dinkalem Ayele – the Ethiopian fifth scorer. Only a few weeks after winning European indoor 3000m gold in Glasgow and beating world indoor 1500m record-holder Samuel Tefera in Düsseldorf, here Ingebrigtsen was defeated by the brutal, never-ending hills of Aarhus and a phalanx of east Africans determined to put him in his place.

After the race, Ingebrigtsen was helped through the interview area by two officials and looked exhausted, with his shoes and ankles punctuated with cuts and scrapes. Although he later said he enjoyed the tough experience.

Really fun to be a part of the World Cross Country Champs 2019 in Aarshus🇩🇰!! 😅 Tough race, course and competitors, but all in all a good race and lot of experience! 💪🏼😘🚶🏽‍♂️🏔 #12thplace #ontothenextone #moretocome 🍭 And thanks to everyone who cheered and supported❤️ …made me run the last 4k’s!! 😂 #Aarhus2019 #crosscountry #teamNorway 🇳🇴 #gohardorgohome

The next non-African after Ingebrigtsen was Issei Sato of Japan in 20th.

Matt Willis was the first Briton and second European home in 25th place. The British trials winner specialises in triathlon but, like Alex Yee, his running is his strongest card and he showed his immense promise here with a gritty performance to lead Britain to eighth in the team stakes.

“I’m absolutely delighted,” said Willis. “People were shouting on the course that I was second European and that acted as motivation to keep me going. It’s a real shock to me. I knew it was going to be a burner from the start and I tried to use my weight the downhills and try to limit the damage going up the hills – and I think I managed to get it right.”

Backing Willis up, Rory Leonard ran strongly in 37th. Euan Brennan showed his mountain running background to finish 50th on the hilly course, although he said mountain running championships with long, gradual climbs are very different to the rollercoaster nature of the Aarhus course.

Behind, Josh Cowperthwaite finished 62nd and Zak Mahamed 66th respectively, while Ben West did not finish.