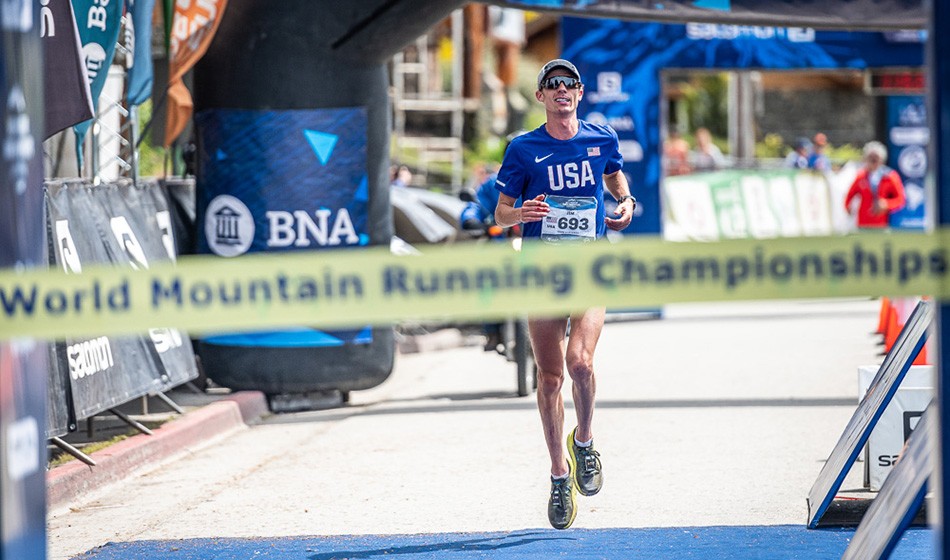 Jim Walmsley added to his growing list of running credentials when he captured the men’s long-distance title at the World Mountain Running Championships in Villa La Angostura, Argentina, on Saturday (Nov 16).

The American’s victory was part of a busy weekend that included shorter-distance championship races on Friday (Nov 15) and a gold medal for British runner Joe Dugdale in the junior men’s race.

During a superb 2019 season, Walmsley improved his course record in the Western States 100 earlier this year and set a world best for 50 miles.

Competing in the South American area of Patagonia this weekend he covered a 41.5km course that included high river crossings and a total ascent of 2184m in 3:12:16 to beat Italy’s Francesco Puppi by almost one minute as the top British runner and world trail running champion, Jonathan Albon, finished in fourth place and the team prize went to Spain.

Friday’s races, saw more victories for the United States as Joe Gray won the men’s classic distance over 14km on an up-and-down course and Grayson Murphy the women’s event at the same distance, with runners battling through heavy rain and winds.

Murphy, a 9:48 steeplechaser before she moved to mountain running, won in 75:20 with Elise Poncet of France 21 seconds behind and Britain’s Philippa Williams in third in 76:45 as she led the GB team to team bronze too.

Dugdale’s junior men’s win came in some of the worst of the weather as he ran 32:44 to hold off Sebih Bahar of Turkey by six seconds.

With Dugdale’s team-mates Matthew Mackay and Matthew Knowles in fourth and fifth it meant Britain won the team title.

Angela Mattevi of Italy won the junior women’s title in 37:12 from Barbora Havlickova of the Czech Republic and Jade Rodriguez of France as Italy also took team gold.

» More in the November 21 issue of AW magazine