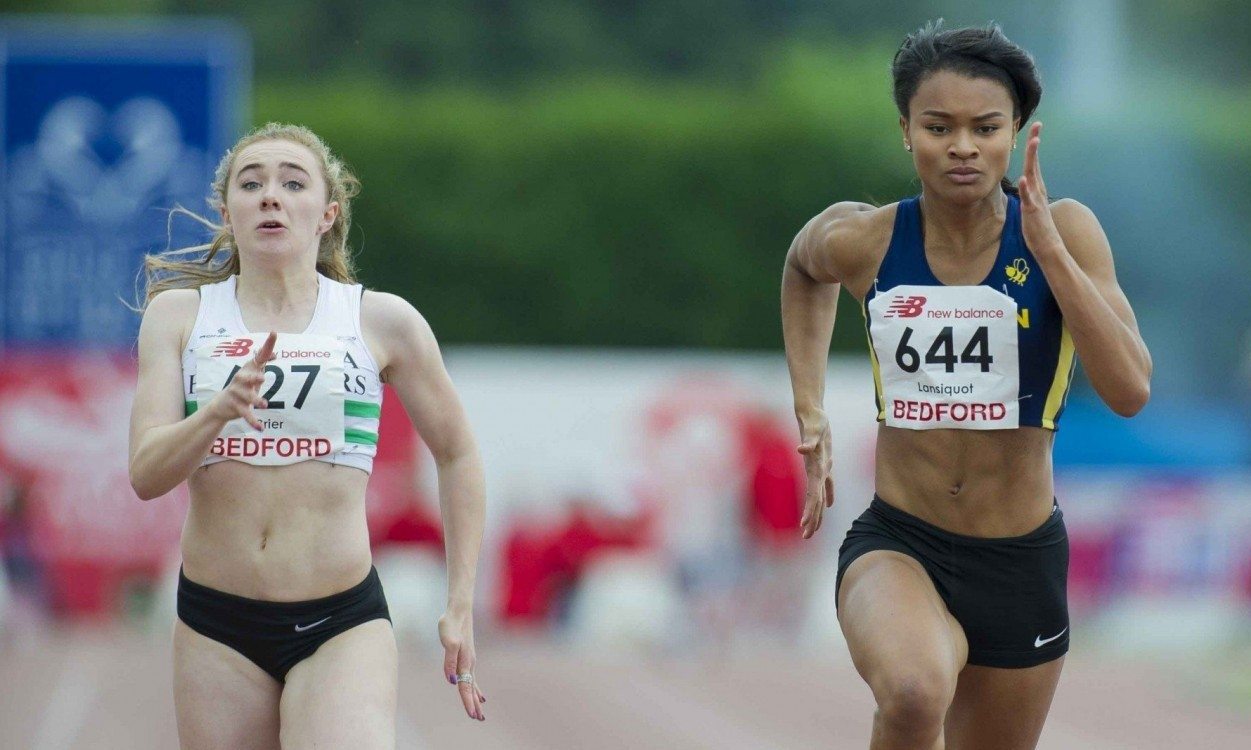 Lansiquot clocked that time in her heat with a following breeze of 1.6m/sec to go No.4 on the UK all-time under-20 rankings, but hopes of going quicker in the final were thwarted by the wind turning direction later in the day. She won in 11.49 into a 0.5m/sec wind.

She had already gained the qualifier with her 11.28 from earlier this month. Her PB here takes her to fifth on the world junior rankings for the year.

Winners of the under-20 events in Bedford were guaranteed spots on the team for Bydgoszcz, Poland, next month if they have gained the British Athletics qualifying mark this year.

Included in these was pole vaulter Adam Hague. The European junior champion, who will have high hopes for a medal, won with 5.15m – 45cm down on his UK junior record, which would put him equal top of the world under-20 rankings this year.

European junior champion Bobby Clay made sure of her berth in the World Juniors team as she easily won the women’s 1500m in 4:18.25. Both she and runner-up Harriet Knowles-Jones already had the qualifying mark.

Javelin thrower Harry Hughes is another who will be on the plane to Poland. He was over the qualifier for the third time this year with his winning 71.49m.

Although below the qualifying standard, George Evans added nearly a metre to his PB with 18.05m to win the under-20 shot put. Naomi Ogbeta was not far outside the mark as she won the triple jump with 12.92m.

In the under-23 long jump, Jazmin Sawyers twice broke the championship best, ending up with 6.61m, one centimetre short of her season’s best, although she was disappointed not to secure the 6.70m Olympic qualifier.

Chris Kandu equalled the championship record in the under-23 high jump, clearing 2.24m before having three unsuccessful attempts at the European Championships qualifier of 2.27m.

Nick Percy, who won the NCAA Championships in USA earlier this month, took the under-23 discus title with  a best of 58.62m.

Most of the finals will take place on day two of the event on Sunday, while the June 23 issue of Athletics Weekly will contain reports, photos and results from Bedford.