Gold in Berlin for Richard Whitehead 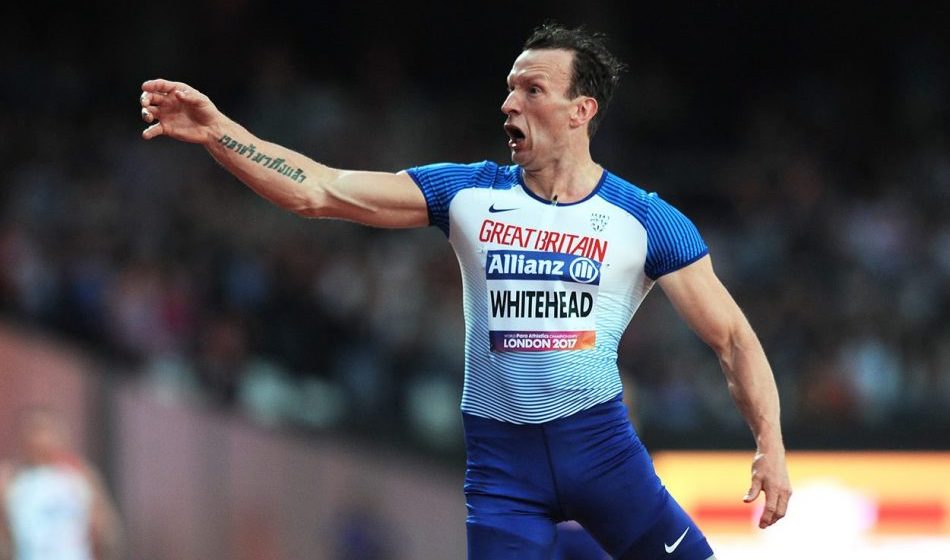 A total of 24 years separates the 42-year-old Whitehead from his teenage team-mate Lyle, but for the two sprinters the result was the same as they sped to titles.

Racing into a slight headwind, Whitehead ran 24.22 to comfortably capture the T61 men’s 200m crown while Lyle took her third consecutive European title as she won the T35 women’s 100m in 15.32.

Fortune, meanwhile, set a championship record of 13.30m in the F20 shot put as British success at the championships continued.

Ireland also enjoyed a successful evening, as Greta Streimikyte won the T13 women’s 1500m in 4:48.54 while team-mate Jason Smyth clocked 21.44 to break his own championship record in the T13 200m.

The remarkable 31-year-old Smyth, whose vision is impaired by Stargardt’s disease, remains unbeaten since 2005.

Elsewhere, Leo Pekka Tahti of Finland sped to a championship record of 24.74 in the T54 men’s 200m as Britain’s Nathan Maguire came third in 26.05 and team-mate Richard Chiassaro fourth in 26.13.

Further medals for British para-athletes came via Stephen Osborne with bronze in the men’s T51 100m, Moatez Jomni with bronze in the T53 men’s 200m while Luke Sinnott finished third behind Whitehead in the T61 200m after earlier coming fourth in the T63 long jump.

It brings the GB medal tally after just two days to 13 medals, including five gold.

» Full coverage in the August 30 issue of AW