Gold for Morgan Lake at England Athletics U20/23 Champs 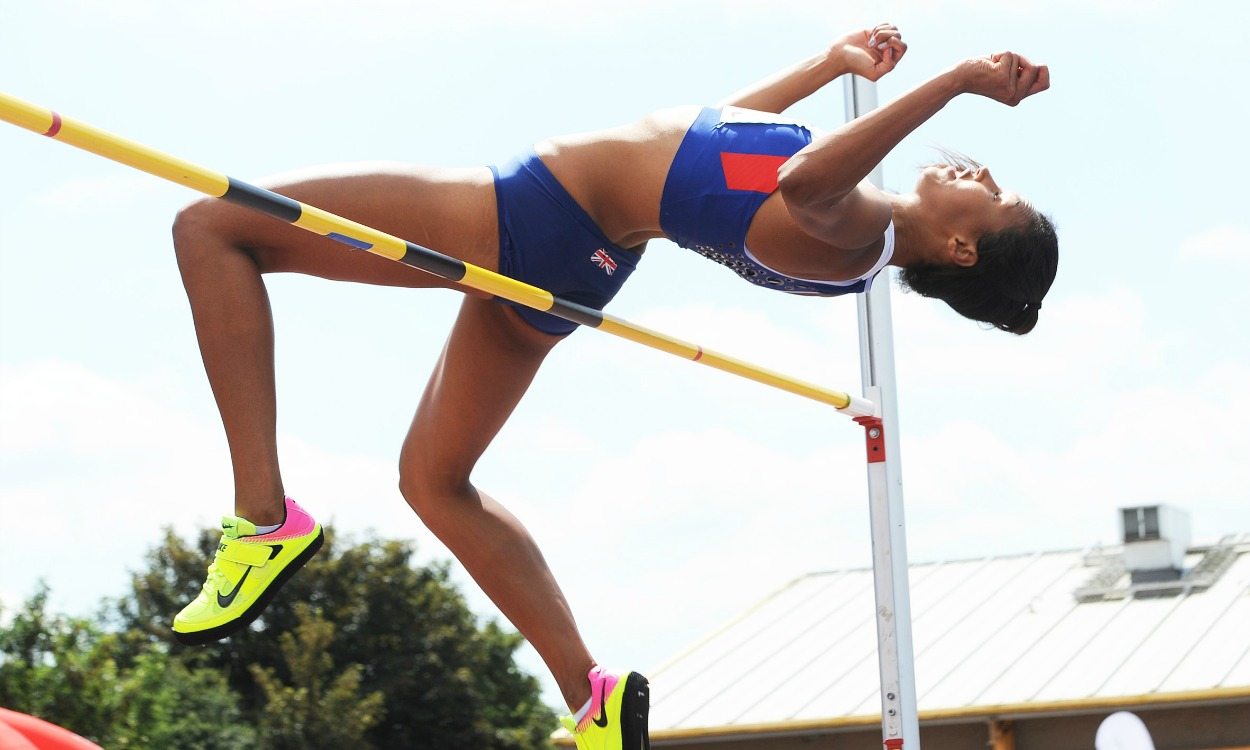 Double world junior high jump champion Morgan Lake hit top form on day one of the England Athletics Under-23 and Under-20 Championships at Bedford.

Lake comfortably cleared a world qualifying mark of 1.94m to take gold in the under-23 event – and then came close with one of her jumps at 1.96m.

Another high jumper in good form was Chris Kandu. He won the men’s under-23 event with a championship best and outdoor PB of 2.25m, giving him his third win in the event.

Ireland’s Michaela Walsh was in national record-breaking form, setting two apiece in two different events. She won the shot with a 16.04m throw and the hammer courtesy of a 62.62m effort.

The pick of the track action came in the 100m. Olympic relay medallist Daryll Neita sped to a clear win in the under-23 women’s race. Her time of 11.20 was legal and was a PB and IAAF World Championships qualifying mark.

There were also fast times in the under-20 women’s 100m as both Krystal Awuah with 11.61 and Olivia Okoli sealed European Under-20 Championship selection with PB times and qualifying marks.

The under-23 men’s 100m was exceptionally fast and also a great race as Ojie Edoburun finished strongly to win in a PB and World Championships qualifier of 10.12.

Reuben Arthur also qualified for the Euro under-23 championship with a 10.18 in second place after heading his rival for much of the race.

The final sprint kept the quality going as there was a huge PB and Euro Under-20 Championships qualifier for Romell Glave who impressively won the under-20 race in 10.21 after a windy 10.23 heat.

Despite a pedestrian start with a 74-second first lap, the under-20 women’s 1500m came to life when Amelia Quirk threw in a 67-second lap but on the last lap Jemma Reekie kicked past and with a 66.29 last lap won in a European Under-20 qualifying time of 4:18.39 with Harriet Knowles-Jones also guaranteeing her European Under-20 selection in second.

Ben Dijkstra showed a good turn of speed to win the under-20 3000m in 8:27.56 from Sol Sweeney after James Donald had built up a big early lead but was caught at the bell.

Jake Norris impressed in winning the under-20 hammer with a 77.67m throw to fall just over a metre short of Taylor Campbell’s age group national record.

Naomi Ogbeta won the under-20 triple jump with a windy 13.36m – the second best ever mark by a British junior. She also had a legal 13.07m which gained her a European Under-20 Championships qualifying mark.

Amy Holder guaranteed her spot in the European under-23 discus with a 52.84m winning throw.

Another thrower in exceptional form was James Whiteaker, who won the javelin by 12 metres with a 74.64m throw to again beat the Euro Under-20 qualifier.

Molly Caudery won the under-20 pole vault in 3.90m, while Emma Hamplett retained the under-20 women’s javelin with 49.19m.

Joel Leon Benitez won the under-20 pole vault with a 5.20m jump while Sarah McCarthy’s 6.21m leap came out on top in the under-23 long jump.

» Full coverage in the June 22 issue of AW