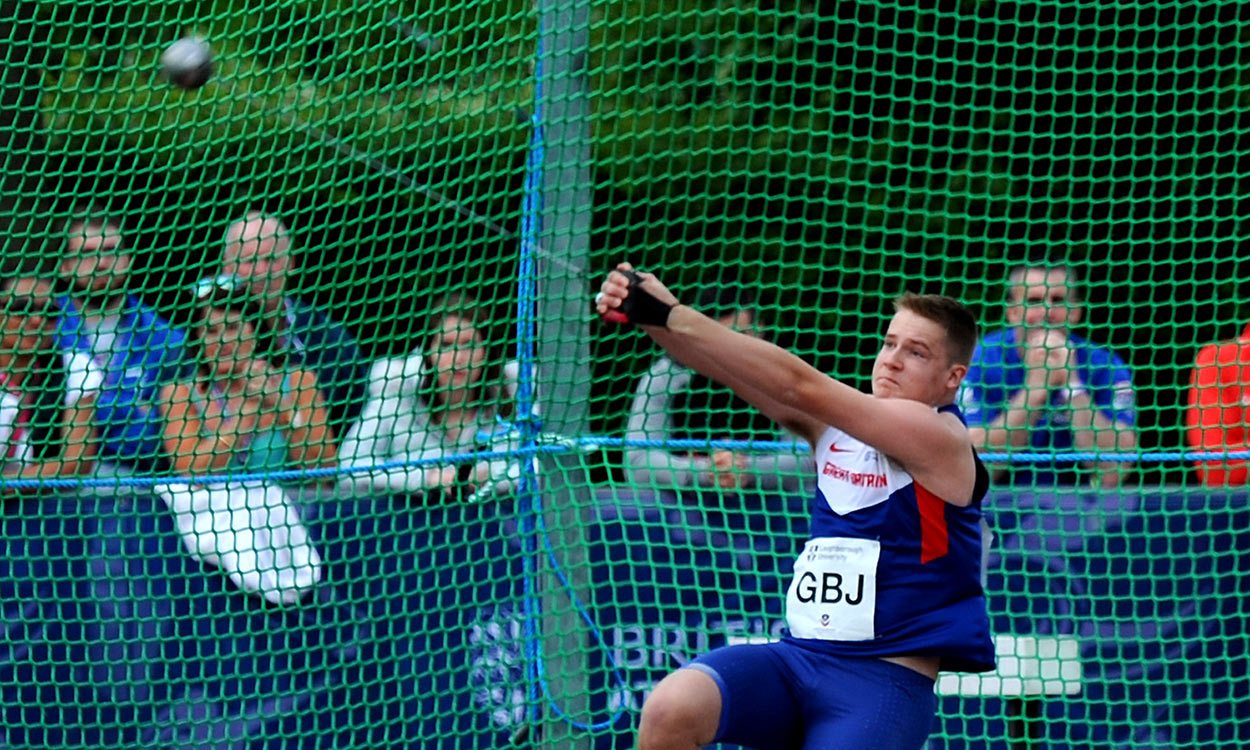 Apart from the US Championships, the BMC meeting at Loughborough and the British Grand Prix of Race Walking in Leeds, there was plenty of other action.

Molly Caudery’s UK junior pole vault record of 4.53m was the highlight but there were plenty of other encouraging UK performances at this annual junior international match.

The day after Alastair Chalmers improved to 50.52, his Bedford runner-up Alex Knibbs took half a second off his PB to go fifth all-time in the UK at under-20 400m hurdles with a 50.57 clocking.

Joshua Zeller improved his 110m hurdles PB to 13.49 in second place which puts him 10th all-time among UK juniors in the under-20 event.

There were course records for Matt Clowes and Tracy Barlow.

Clowes and Josh Griffiths shared the early lead and the 10km point was passed in 30:51 and it was then that Clowes pushed on to take victory and revise the course record set by three-time champion Dewi Griffiths in 2017 by six seconds, stopping the clock in 64:43, as Griffiths finished second in 66:10.

Barlow enjoyed a dominant win in the women’s race, producing a healthy lead by the 10km mark passed in 32:28 and going on to lower Hannah Walker’s course best to 73:51.

Irish marathon champion Laura Graham ran close to her best in 75:57 for second, while Gladys Ganiel of North Belfast Harriers completed the podium positions in 77:23.

CONGRATULATIONS @runner_tracyb who SMASHED the course and set a NEW RECORD in a time of 73min 51secs on behalf on Thames Valley Runners #Run5wansea pic.twitter.com/kheTOh84vq

Jade Lally returned to competition after having an injury at the Commonwealth Games and competing as a guest she won the discus with a 56.53m throw.

Charlotte Morgan, a W40 runner from the Carnethy club in Scotland, was a surprise winner of the women’s race as she led Great Britain to team silver medals behind Austria.

Neither rain, rock nor mud could keep CHARLOTTE MORGAN (GBR) off the top step of the podium at the 15th WMRA Long Distance Mountain Running Championships. Results can be found here: https://t.co/9Ps76BP8Wu pic.twitter.com/E0uVVdLYsh

There was a Trinidad and Tobago record of 8.23m for long jumper Andwuelle Wright.

The 2012 Olympic winner Keshorn Walcott won the javelin with an 84.96m throw.

Alastair Chalmers followed up his 400m hurdles under-20 championships win at Bedford last week with a PB 50.52 to go fourth all-time among British juniors.

South of England 1500m champion Sean Molloy came from a long way back to pip English cross-country champion Adam Hickey to win the 1500m in a PB 3:50.28.

Former world finalist Brett Morse threw a season’s best in the discus with a 61.71m throw.

» See the June 28 issue of AW for more results and news from the past week’s athletics, plus a big preview to the British Championships in Birmingham