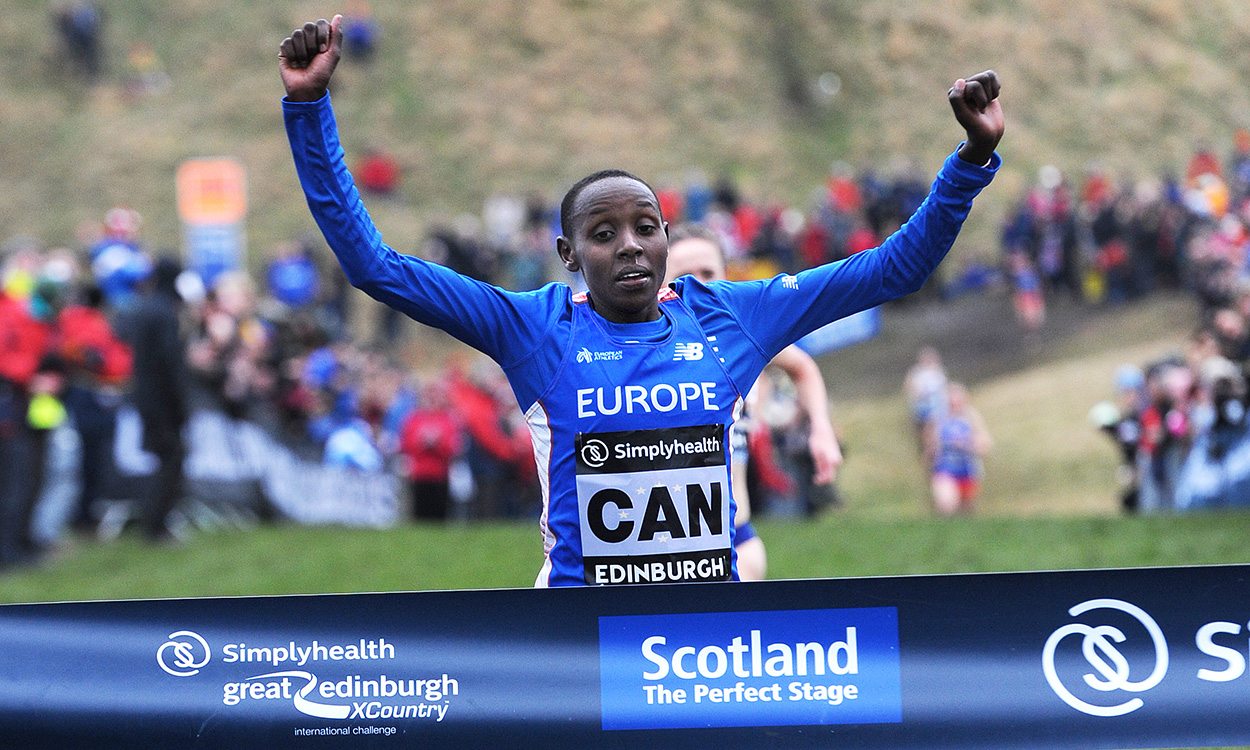 Emelia Gorecka pushed Yasemin Can right to the wire in an exciting end to the women’s race in Holyrood Park.

The race looked set to be a procession after Can, the European champion, hit the front early and built a good lead. But Gorecka, who thrives on tough courses such as this, dug in and almost caught the Kenyan-born Turkish athlete in the closing stages.

Can held on, though, to win by a couple of seconds with Gorecka a fine second and USA’s Molly Seidel, who had worked with the Briton for most of the race, a close third.

“It was tough,” said Can. “The weather was not good. It was cold and windy and I found it hard.”

She added: “I have come from Iten in Kenya, where I have been training, and it was much warmer than Scotland. But I like the course here because I am a long-distance runner and it’s important for me to get more endurance.”

Gorecka said: “I can’t not be happy with that. Top five would have been an amazing. Top three would have been pretty cool. So to finish second and to be close to first was very unexpected.”

On the home support, the 23-year-old added: “It was the best feeling. When I was injured, one of the best races I wanted to do when I got back was this one. There are some races that give you that buzz and I’ve had really good experiences here. It’s a really good team event and has superb crowd and atmosphere and these are the reasons why I run.”

Seidel was not short of experience on the course as she ran here twice as a junior and on Saturday enjoyed her first senior race. “It’s déjà vu in the best way,” she said.

The Wisconsin runner added: “It was a good run. I just wish I could have hung in there a bit more at the end. Emelia and myself were reeling the leader in and I just didn’t have it in the end although overall I was pleased and it was a solid day.”

From now, the top three runners take very different directions. Can told AW she will retreat to the gym for a month of strength and conditioning training before starting to do running training for her next targets, which at present is uncertain. Gorecka has few racing plans and instead aims to get a good chunk of training under her belt before the summer. As for Seidel, she tackles the US Cross Country Championships in Tallahassee, Florida, on February 3.

“It will be the exact opposite to Edinburgh as it will be literally like a running track on dirt,” she says. “Cross country courses in the States are a little sugar-coated, but the Edinburgh course is tougher and you have to be mentally ‘in it’ to run well and I really enjoy that.”

Full results can be found here

Kelsey Chmiel won the junior women’s race for the United States as she held off a challenge from European duo Mariana Machado of Portugal and Jasmijn Lau of the Netherlands.

Lau, the European under-20 5000m champion in 2017, looked like she might catch the front-running Chmiel in the latter stages but the Saratoga Springs athlete surged away in the final stretch to win by three seconds.

Like many juniors in the US team, this was Chmiel’s first trip to Europe. “The only place I’ve been to outside the US is Canada,” she said.

On the race, she added: “The race went well for me. I just tried to get out fast and stop the other teams from passing me. I like to run from the front as I think it’s easier to run from there.”

Full results can be found here

» A men’s Simplyhealth Great Edinburgh XCountry report can be found here, while a report on the 4x1km relay is here