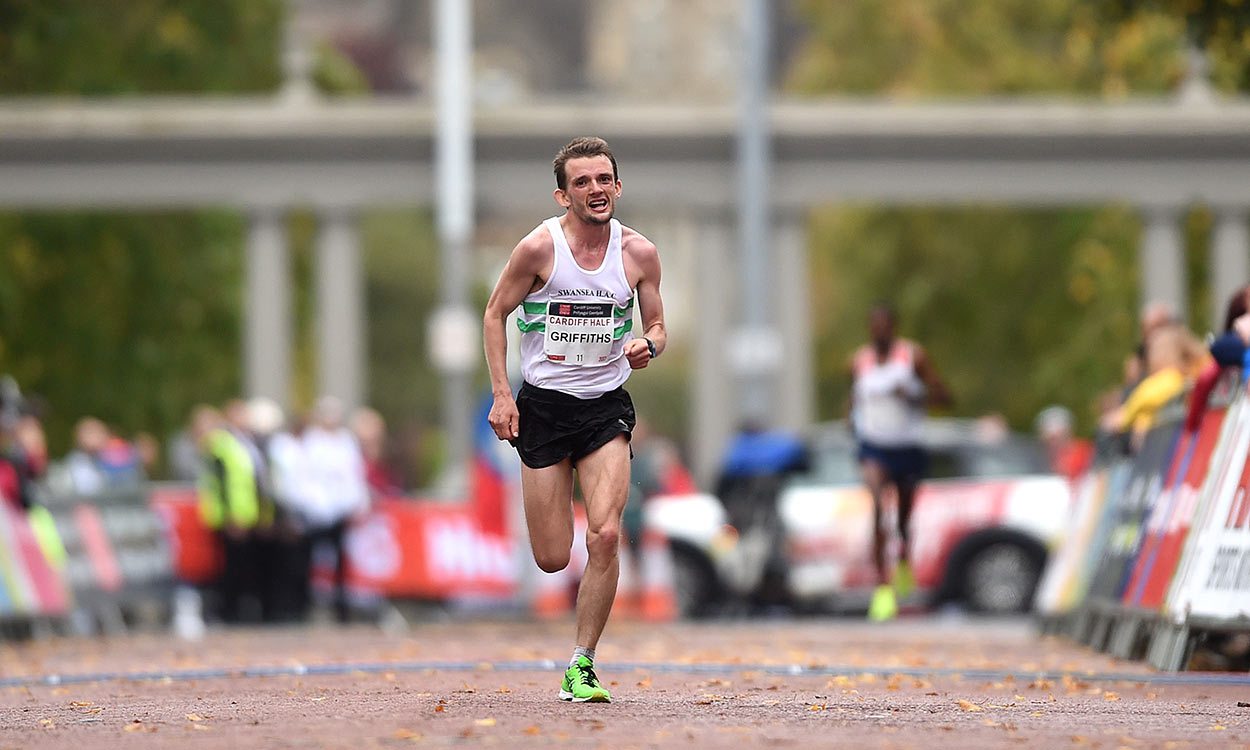 Dewi Griffiths enjoyed a memorable breakthrough run on the roads of Germany on Sunday when he blasted to a 2:09:49 marathon debut in Frankfurt.

The race was won by Shura Kitata of Ethiopia in 2:05:50 but the 26-year-old Swansea Harrier finished fifth in the race to go No.2 on the Welsh all-time rankings behind the legendary Steve Jones.

Griffiths also overtook Callum Hawkins’ UK 2017 leading mark of 2:10:17, which was set when finishing fourth at the IAAF World Championships in London.

A typical down-to-earth Welshman, Griffiths has spent recent years ploughing away in cross-country races and bringing his track PBs down. He doesn’t possess a great turn of speed but is full of stamina and has improved as he has moved up through the distances – with PBs of 13:33 for 5000m, 28:16 for 10,000m and 61:33 for the half-marathon this year.

As Kitata blasted to a sub-2:06 performance, Ethiopians filled the top three places in the men’s race with Kelkile Gezahegn Woldaregay second in 2:06:56 and Getu Feleke third in 2:07:46.

Martin Kiprugut of Kenya was next, followed by Griffiths as the Briton beat the big local favourite, Arne Gabius – the German clocking 2:09:59 in sixth.

Sarah Hall of the United States was first non-African home in 2:27:21.

At the SSE Airtricity Dublin Marathon in Ireland, Bernard Rotich of Kenya followed his win in the Belfast Marathon earlier this year by taking the men’s race in 2:15:53 with Nataliya Lehonkova of Ukraine taking the women’s section in 2:28:58.

» More in the November 2 issue of AW