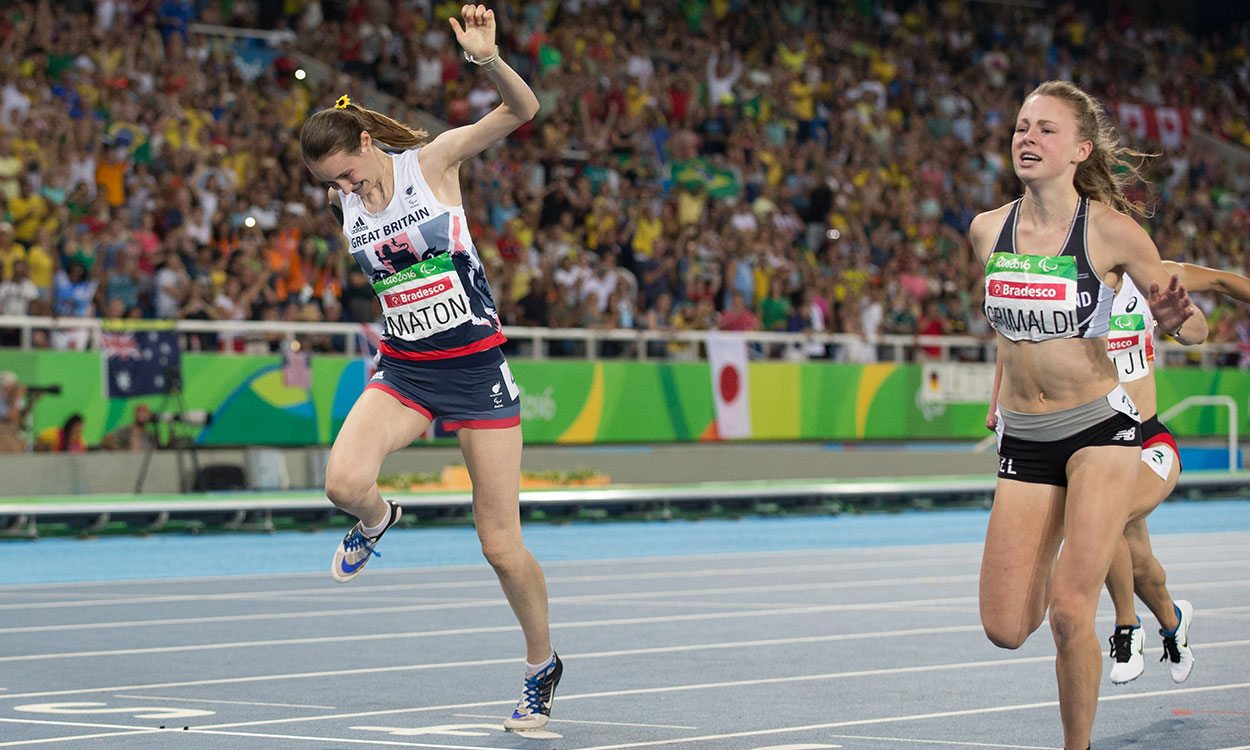 Devine won his first ever European title in the men’s T13 5000m while Maton (pictured above) earned a bronze medal in the women’s T47 long jump on Friday morning and followed it up with 100m bronze in the evening.

Devine’s victory came after he led most of the way, breaking away with 600m to go to. It followed several years of Achilles problems after winning two medals at the London Paralympics.

Further British medals came via Rhys Jones, who won silver in the T37 100m behind Vladyslav Zahrebelnyi of Ukraine’s 11.86, and Steve Osborne, who won bronze in the T51 200m as Peter Genyn of Belgium sped to gold.

Jo Butterfield threw 21.53m to win silver in the women’s F51 club throw despite having surgery earlier this year, while GB team-mate Kylie Grimes finished third in a competition won by Zoia Ovsii of Ukraine with a world record of 24.31m.

Elsewhere, Poland’s Karolina Kucharczyk not only successfully defended her T20 long jump title but set a world record of 6.14m.

“Last year my son was born, so I told myself I must prove to myself that I am stronger than before,” said Kucharczyk, who missed last year’s world championships. “I’ve been training so hard to jump a world record here and I dedicate my world record to my son.

Kucharczyk’s team-mate Maciej Sochal won gold in the F32 shot put – his second title in Berlin after having already won the club throw.

Norway earned their first gold medal of the championships via F44 para athlete Ida Nesse as she threw a PB of 34.08m in the discus.

The T20 men’s 800m was a terrific race with Steve Morris of Britain leading through the first lap in 56 seconds before his bold effort saw him passed in the closing stages as he was run out of the medals in fourth as Correia Baessa, 19, finished strongly to clock 1:54.80 to win gold for Portugal.