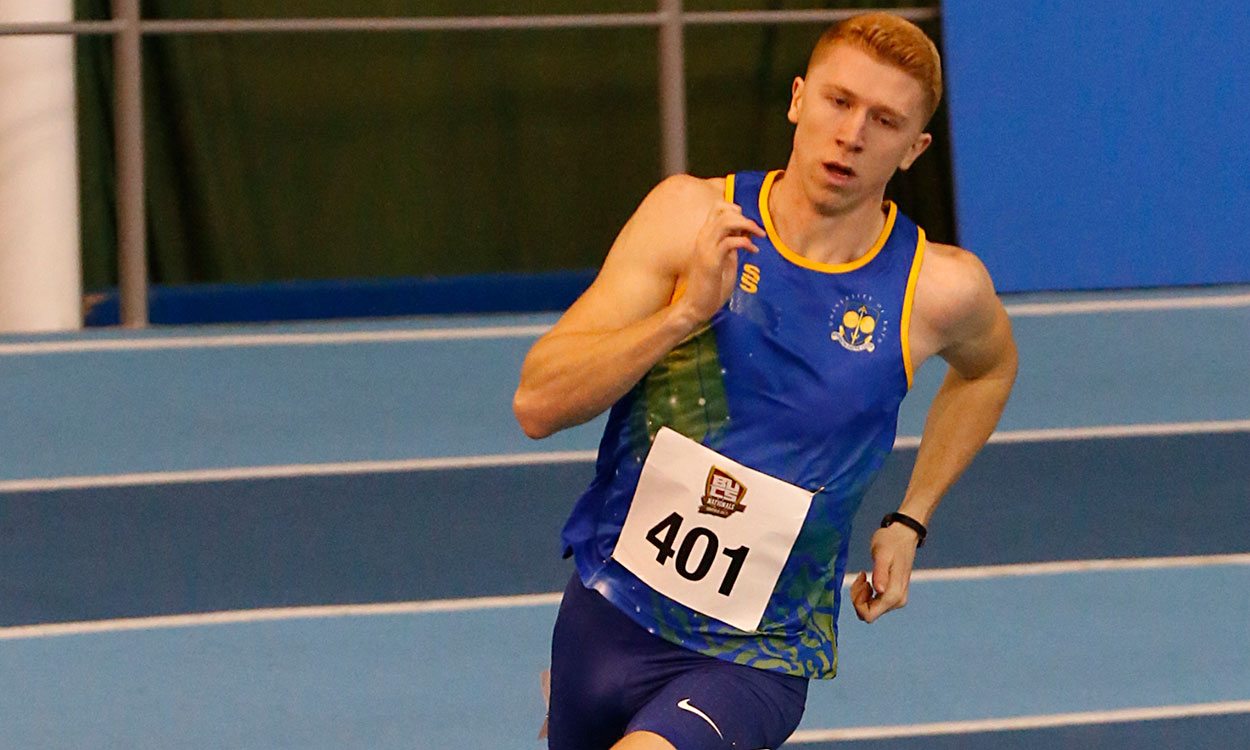 A round-up of BUCS Nationals action in Sheffield

Cameron Chalmers equalled the 400m championship best performance (CBP), while Finette Agyapong broke the 200m mark at the BUCS Nationals in Sheffield over the weekend.

Three days of action came to an end on Sunday, with Loughborough claiming both the men’s and women’s team titles once again.

British silver medallist Chalmers of Bath clocked an indoor PB of 46.91 to claim victory ahead of Loughborough’s Tom Somers with a 47.20 indoor PB.

Fresh from winning the British title the weekend before, Brunel’s Agyapong returned to Sheffield to clock 23.68, improving the CBP of 23.76 set by Meghan Beesley in 2016.

Northumbria’s Charlie Myers cleared 5.40m to add 8 centimetres to the PB he set last weekend and claim victory, while Edinburgh’s Che Richards also recorded a PB with 7.46m to win the long jump. Lawrence Davis recorded a big PB of 16.01m to win the triple jump.

After a number of attempts, University of Sheffield’s David Dempsey claimed his first BUCS indoors gold, winning the 800m in 1:52.40, while the women’s event was won by Strathclyde’s Mhairi Hendry in 2:06.24. Loughborough’s Jamie Webb claimed the men’s 1500m title in 3:48.08 and Brunel’s Melissa Courtney the women’s in 4:20.01.

Brunel’s Rebecca Murray won the 3000m title in 9:26.35 to add to her BUCS cross country gold claimed earlier in the month.

On Friday, Loughborough’s Hannah Brier improved her Welsh under-20 60m record and equalled the CBP with 7.31 after a 7.32 semi-final, while Alicia Barrett of Sheffield Hallam won the 60m hurdles in a 8.26 PB. Birmingham’s Jake Porter, who finished third at the British Championships, won the men’s event in 7.96.

» Results can be found here, with coverage in the next edition of AW magazine