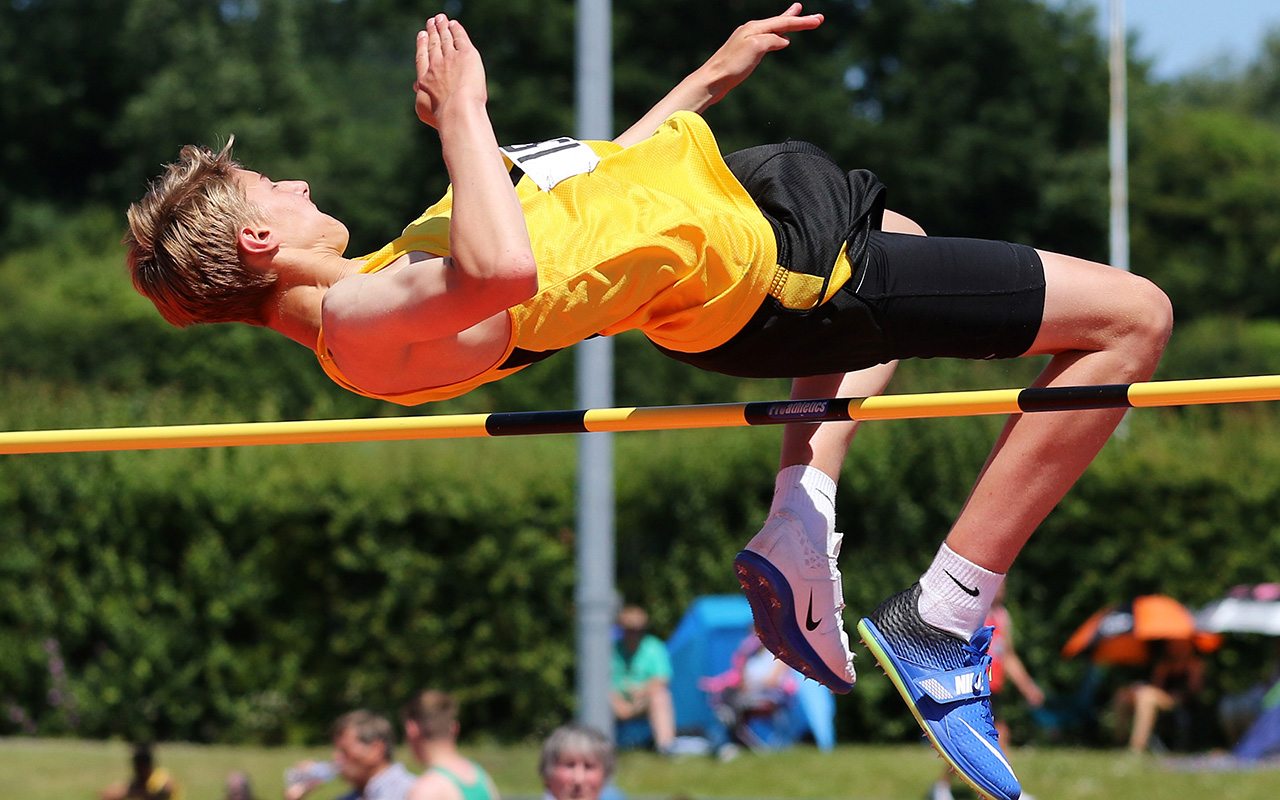 It was another busy week, with two Diamond Leagues and the England Athletics under-20 and under- 23 Championships covered elsewhere, but there was still plenty of other action.

South West Schools Championships, Exeter, June 17
Sam Brereton (pictured) won the junior boys high jump with a 2.00m leap. It was the best in the age group for 21 years, putting him third all-time in the UK under-15 rankings, and is an English best.

Joel Townley set championship bests in the inter boys long jump (6.78m) and triple jump (14.73m). The latter was a PB and is over a metre further than any other British under-17 has jumped this year.

Nigel Harding’s report will appear in the next issue of Athletics Weekly.

In the javelin, top-ranked Tom Hewson was just below his best with 62.92m, a distance that no other U17 in the UK has thrown further than this year.

Sussex’s Ben Hawkes also heads the hammer rankings and he threw 66.80m here, again better than any other thrower has managed.

Martin Duff’s report will appear in next issue of Athletics Weekly.

No fewer than 11 of the 14 runners set PBs in the men’s race with Tom Marshall first in 3:37.62 as the first five broke 3:40. Andrew Butchart wasn’t at his very best and ran 3:39.61 for fourth place after leading on the last lap. UK Youth 800m record-holder Sean Molloy came from sixth to first in the straight to finally better his five-year-old youth mark PB with 1:47.76.

Freckleton Half Marathon, June 18
David Rigby won the men’s race in 71:15 while Joanna Goornley was the leading woman in 93:14.

Ranelagh Richmond 10km, June 18
The hot weather prevented Phil Wicks going faster than 31:25 and he was chased home by top M40 Chris Greenwood in 31:53. The women’s race was won by fast and improving junior Hannah Irwin in a PB 35:47.

Brian Goodwin Memorial 10km, Glasgow, June 17
Callum Hawkins returned from injury to win the men’s race in 29:14 from Luke Traynor’s 29:27. It was his first race since dropping out of an American 10,000m race on May 5. Surprisingly, as he ran a significantly faster pace during his half-marathon races, it was a 10km PB for the Scot. Elspeth Curran was first woman in 36:28.