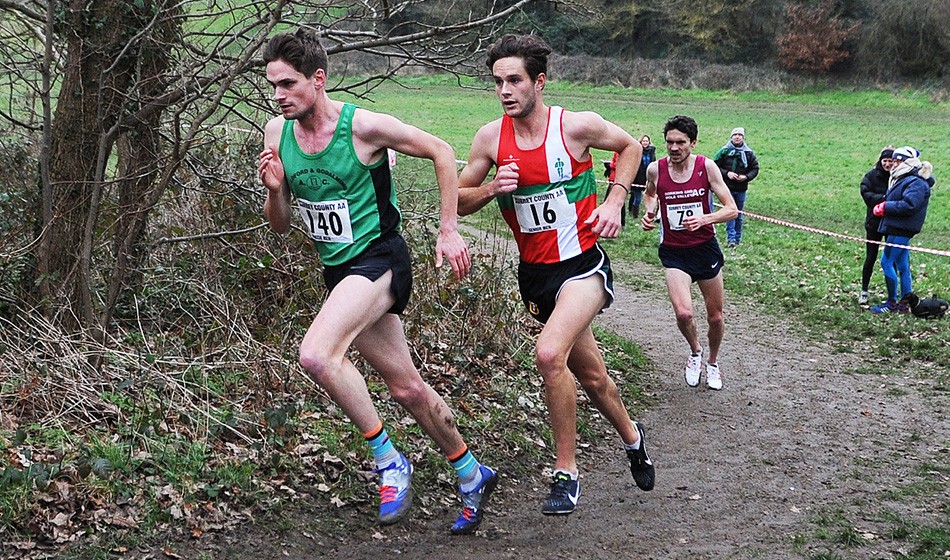 Guildford’s John Sanderson (pictured above) won the senior men’s title for the first time, while a close finish in the senior women’s race ended with Epsom & Ewell’s Isabel Brinsden retaining her crown. 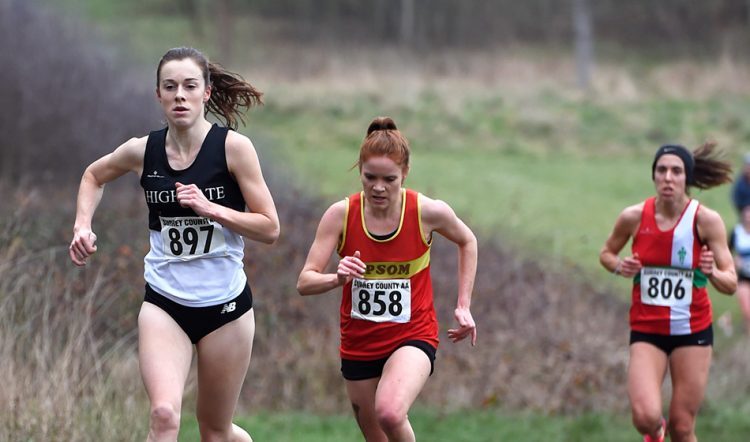 Jess Judd, the 2017 National and Inter-Counties champion, claimed the senior women’s title by more than a minute from Lauren Deadman.

There was another win for an Aldershot athlete as Phillip Sewell claimed the senior men’s title ahead of Serpentine’s Andy Greenleaf.

Lachlan Wellington was the best of the younger men’s age group runners with a solid victory over Ben Willis in the under-20 event.

Newham & Essex Beagles’ Frank Baddick won the men’s title, 24 seconds ahead of Alastair Watson, with Harry Lupton a further five seconds back. Lucy Crookes of Leeds won the women’s title, a minute and a half ahead of Lucy Hall. Elsie Butler was third.

Leeds’ Linton Taylor moved up from second last year to take the men’s title, while Cloe Hubbard just got the better of Laura Wilkson to win the senior women’s race.

Leeds City’s Claire Duck and Emile Cairess both retained their titles, with Duck winning ahead of Nicola Devine and Georgia Malir and Cairess securing success ahead of Jonathan Thewlis and GB triathlon star Jonny Brownlee.

In his eleventh attempt to win the title, Ben Cole of Tonbridge secured senior men’s success ahead of Max Nicholls.

Aldershot, Farnham and District’s Ellis Cross won the men’s title, finishing four seconds ahead of Omar Ahmed as Will Richardson was third.

Bournville’s Nicola Sykes won the women’s title by 20 seconds ahead of Polly Keen and Molly Browne.

Darren Deed won his third title in the past four years as Tim Harris was a minute-and-a-half down behind the now 40-year-old.

16-year-old Tia Wilson dominated the under-20 and under-17 race, winning by two minutes to collect her fourth county cross-country title on the trot.

Held in conjunction with the Bedfordshire championships, men’s Buckinghamshire title winner Alex Bampton was a distant second overall but moved up from third last year to take the title.

Women’s race winner Elle Roche was two minutes clear of the rest in their joint race, after placing second in 2018.

Rebecca Piggott of London Heathside claimed the senior women’s title from Eilish O’Grady and Yasmin Goater, while the men’s title was won by Shaftesbury Barnet’s Phillip Crout from Alex Lepretre and Chris Wright.

There were senior wins for Bristol & West’s Zoe Wassell and Cheltenham’s Dan Owen.

Stacey Ward won the women’s title after twice previously being runner-up in the Essex championships.

Paul Adams moved up from seventh last year to claim the men’s win.

Home favourites Yemaneberhan Crippa (29:56) and Daniele Meucci (30:11) were fourth and fifth respectively, while Britain’s Ross Millington was seventh in 30:16.

John Lane of City of Sheffield and Dearne claimed his first national title, scoring 5758 points to win the senior men’s heptathlon ahead of Kilbarchan’s Andrew Murphy, whose 5523 points puts him second on the Scottish all-time list.

Ben Gregory of Birchfield Harriers was third with 5422 points.

Under-20 athlete Kate O’Connor broke her own senior Irish indoor pentathlon record with 4174 points to take the title, with Ellen Barber of Yeovil (4020) and Lucy Turner of Gateshead Harriers (4011) finishing second and third respectively.

Jack Turner of Exeter Harriers won the men’s under-20 heptathlon with 5329 points ahead of Scott Brindley of North Ayrshire AC (5192) and Joel McFarlane of Arbroath & District (5113), both improving on the previous Scottish under-20 record mark held by McFarlane.

In the women’s under-20 pentathlon, Andover’s Holly Mills retained her title and improved her own championship best performance mark to 4051 points. Amaya Scott of Southampton AC was second with 3971 points and Bath’s Jenna Blundell third with 3971.

Action from the men's 1500m and the women's 800m at the Sheffield GP today 6.1.19. Brilliant victories for @jamiewebb800 3:43.59, ahead of Jonny Hay and @tamsinmcgraw 2:13.02 – both winners earning England selection. More pics to follow. Thanks to @englandathletics for hosting us, and as always to the pacers for making it happen. Photos : Photos @thatsagoodoneofme

World pentathlon champion Katarina Johnson-Thompson opened her season with a time of 8.56 for 60m hurdles and a best throw of 12.66m in the shot put.

» Further coverage and results in the January 10 edition of AW