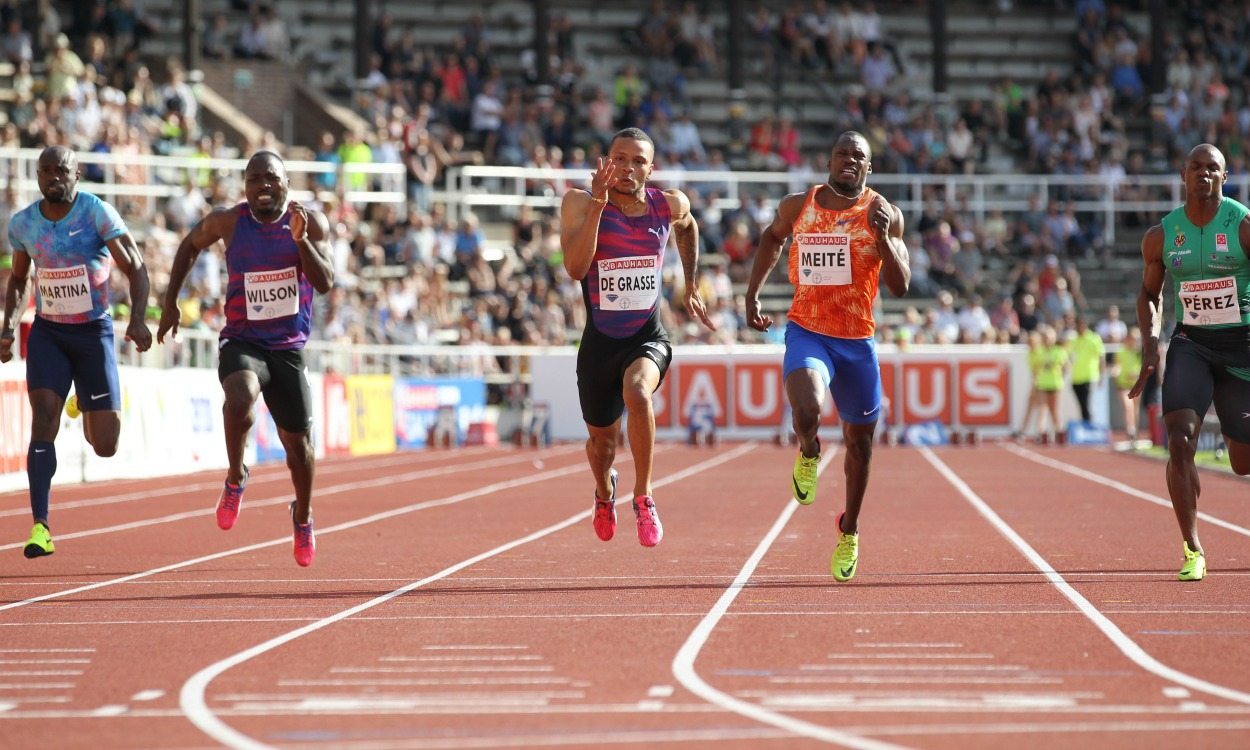 Andre De Grasse, the Olympic 200m silver medallist, ran a quick 9.69 for 100m to win in Stockholm on Sunday. He was helped by an illegally-strong tailwind of +4.8m/sec but it was still a top-class run by the Canadian.

Behind, Ben Youssef Meite of the Ivory Coast was second in 9.84 and Ryan Shields of Jamaica third in 9.89 as five men were blown to sub-10-second performances.

The meeting also saw Sandra Perkovic beaten for the first time in almost two years as she lost the discus to Yaimi Perez – 67.92m to 67.75m.

Mariya Lasitskene (née Kuchina) has been in great form since returning to the circuit this year and the Russian won a third consecutive Diamond League high jump contest in Stockholm as she cleared 2.00m.

Young Norwegian talent Karsten Warholm was in winning form again, too. A few days earlier he’d delighted his home crowd with a 400m hurdles win in Oslo and he repeated the performance here, albeit in a slightly slower time in gusty conditions.

Jack Green was fourth in 49.29 and said: “I am pleased. I beat some great athletes there. I put myself in a good position against great athletes, so it is all positive. With good conditions and the right race, I think a PB is just round the corner.”

“It was a better race and I put myself in better positions. For the last 150m I was fighting and should probably have used more elbows,” said Sharp, who won’t race again now until the British Team Trials in Birmingham.

Andy Pozzi was disqualified for a false start in a men’s sprint hurdles won by Orlando Ortega of Spain.