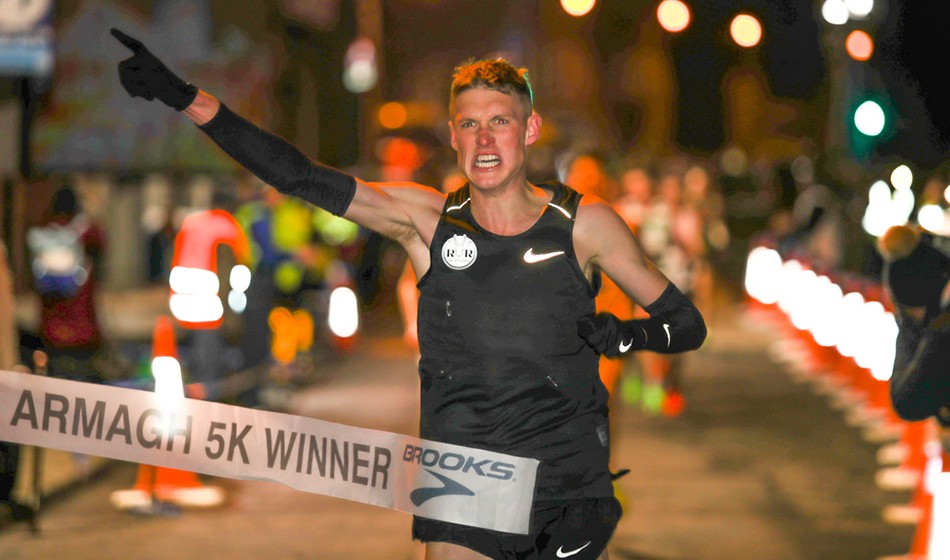 Adam Clarke won the men’s 5km at the Armagh road races on Thursday night in 13:42 as he led 21 men inside 14 minutes.

A chilly night in Northern Ireland did not stop runners posting fast times en masse as an incredible 140 men went inside 15 minutes and 227 broke the 16-minute barrier. 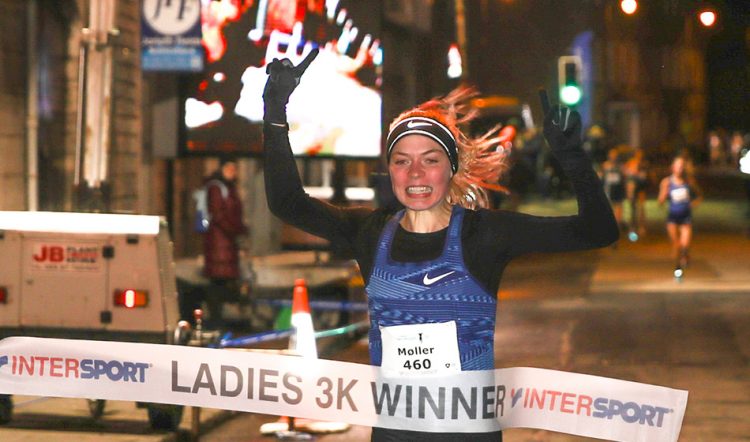 Møller, the steeplechase specialist who runs for Denmark but is based at St Mary’s in London, broke the 8:59 course record which was held by Steph Twell and Laura Weightman, while Clarke broke Topi Raitanen’s men’s course record by one second.

Both winners have been in fine form lately. Møller won the BUCS cross-country title in Edinburgh recently whereas Clarke breezed around the Dulwich parkrun course in 14:00 in November before a training camp in Australia over Christmas before returning to the UK to clock 7:59.42 for 3000m in Cardiff.

The event, which is organised by Armagh AC and supported by Brooks, has become an annual pilgrimage for runners looking for quick 5km and 3km times but this year was the best event yet. Last year a record 113 runners broke the 15-minute mark in the men’s 5km and 49 women ran sub-10 minutes over 3km but those figures were beaten this week.

Buried in the field, Shane Healy set an impressive world M50 record of 14:58.