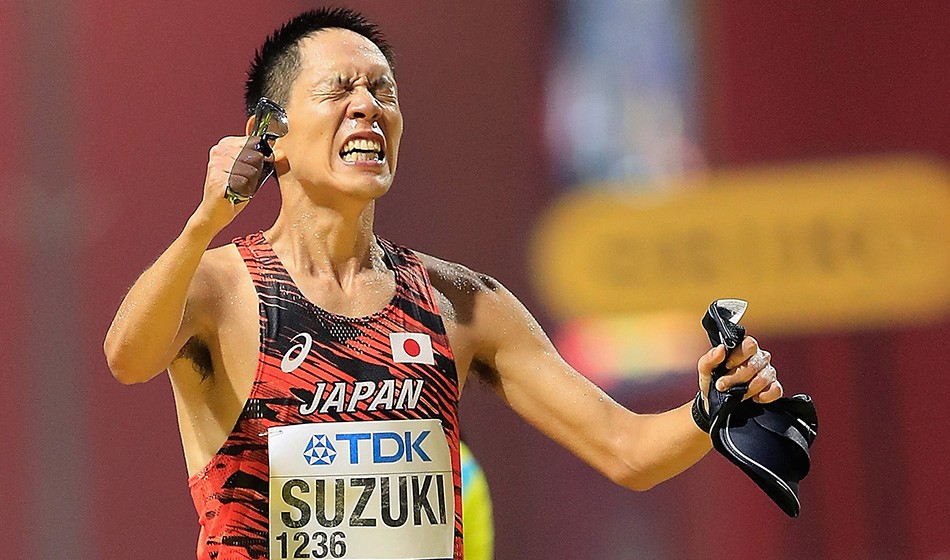 Making his intention clear from the start, world 20km race walk record-holder Suzuki became the first Japanese race walker to win a world title, claiming victory in 4:04:20 ahead of Joao Vieira of Portugal, who clocked 4:04:59, and Evan Dunfee of Canada, who finished strongly for third in 4:05:02.

At the age of 43 and at his 11th world championships, Vieira becomes the oldest medallist in the history of the global event.

Defending champion Yohann Diniz had looked to challenge in the early stages but later was among a number of athletes to drop out.

“It was very hot today and I am very happy to win this tough race,” said Suzuki. “After the finish, it took me some time to recover because of dehydration and I also got cramps. I had to get an ice bath and it took me a while to recover.”

Vieira said: “My initial plan was to end after the Olympics 2020, but then we decided to continue for Eugene 2021 which might be my 12th world championships. It should be only one less than Garcia.

“Even if I won’t beat his record, I would be very happy with what I’ve achieved my career.” 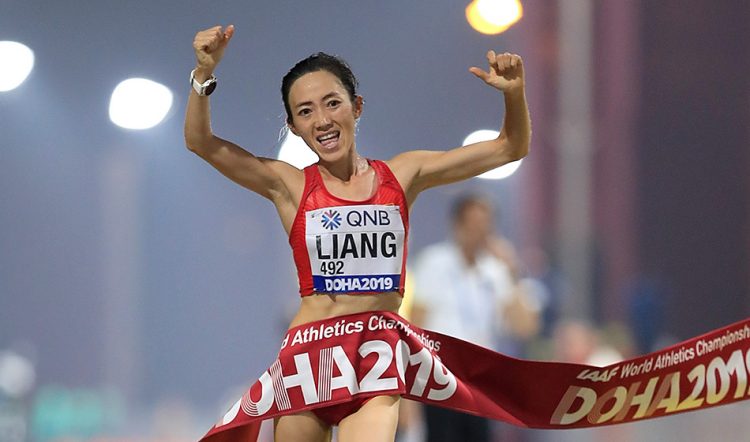 Portugal’s defending champion Ines Henriques was among those to drop out and Ukraine’s Olena Sobchuk claimed fourth place in 4:33:38.