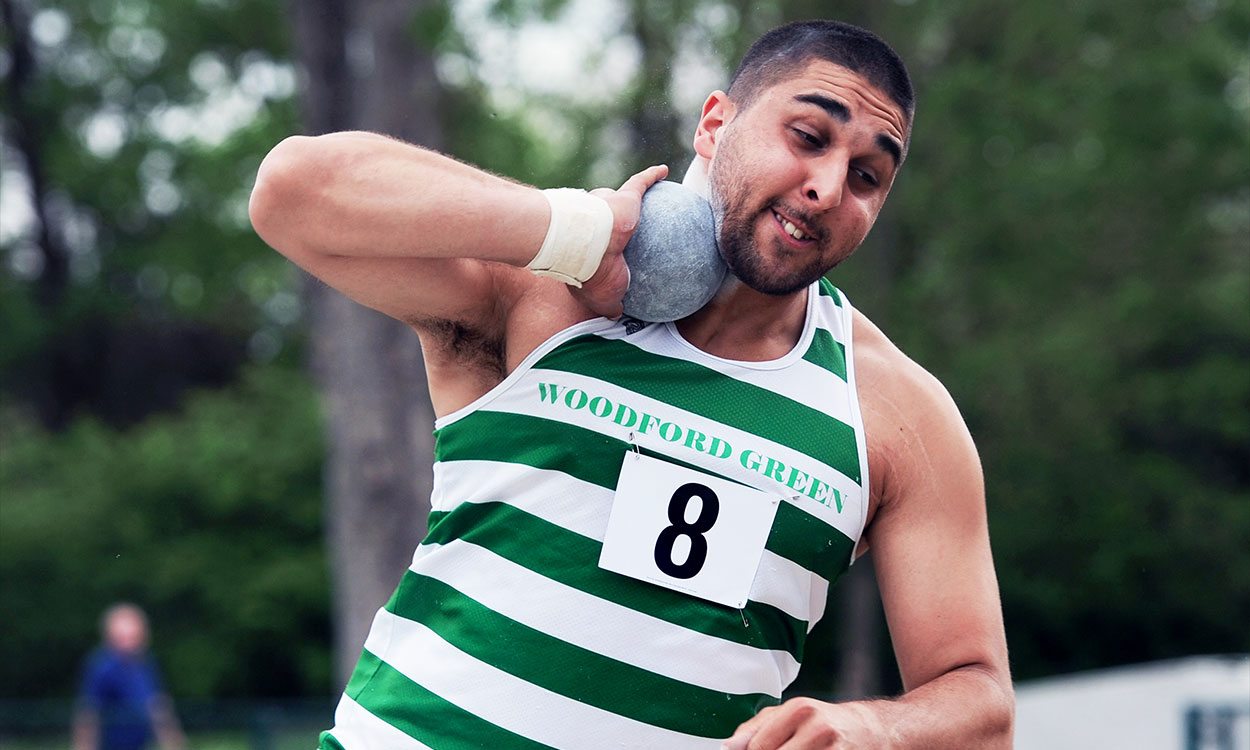 In the field, Youcef Zatat of the University of East London, who has won the last three BUCS shot put gold medals on offer, booked his place in in the men’s shot put final with a throw of 17.03m – 3.03m over the qualifying distance. In the final, he achieved a 17.23m throw to win his fourth consecutive BUCS gold, with Joseph Watson of Brighton winning silver and Kai Jones of Brunel taking the bronze.

Joshua Bain of Loughborough threw a British record-breaking mark in the F37 shot with a distance of 11.37m for gold.

Loughborough’s Cathrine Beatty led the women’s hammer competition from start to finish. She opened the event with a 57.30m throw in round one, before producing a 57.42m throw in a later round on her way to the BUCS title.

In the women’s triple jump, the only athlete to surpass the 12.30m distance was Naomi Ogbeta of Manchester with her jump of 12.68m – automatically securing a place in the final. Among the other 11 athletes to qualify was last year’s bronze medallist, Lia Stephenson of Southampton Solent.

In the women’s javelin event, Hannah Johnson of Cardiff Metropolitan, who finished fourth at the 2016 championships, had the furthest throw with 47.92m and went one better in the final with a throw of 49.74m to win gold. Liverpool’s Nicole Davenport claimed silver and Kerry Murch of Loughborough the bronze.

The fastest qualifier in the women’s 100m was Corinne Humphreys of East London in a time of 11.77, with Bath’s Rachel Bell the only other athlete to run sub-12 seconds. Among the remaining qualifying athletes was last year’s fourth-placer Diani Walker of Middlesex.

Loughborough duo Caleb Downes and Adam Thomas set the two fastest times in the men’s 100m qualifiers – Downes’ 10.68 time being the quickest in the field. Samuel Owesa of Nottingham Trent also qualified for the semi-finals as he hopes to go one better than his 2016 BUCS Championships silver medal.

Hoping to take Bath athlete Cameron Chalmers’ BUCS 400m crown, Thomas Somers of Loughborough set the fastest time in the heats (48.51). Chalmers, easing off as he crossed the finish line, qualified quickest in his heat.

Three-time BUCS bronze medallist Zoey Clark of Aberdeen stamped her authority on the 400m event, qualifying fastest in a time of 55.48.

In the field, Loughborough long jumper Mary Elcock went in search of her second consecutive BUCS title, booking her place in the final with the best jump in the qualifiers of 5.62m. Her nearest competitor, with a jump of 5.35m, was Tatum Souza of Nottingham.