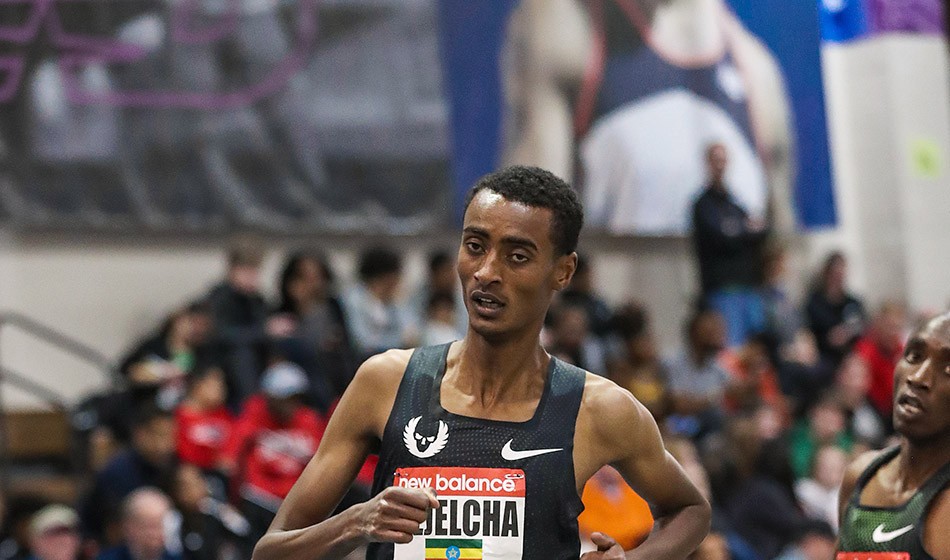 Just two weeks after his 1500m mark was broken, another of Hicham El Guerrouj’s world indoor records fell as Yomif Kejelcha stormed to a 3:47.01 mile in Boston.

The Ethiopian had first come close to the Moroccan’s world indoor mile record at the Millrose Games, as he ran 3:48.46 to miss it by just 0.01, and he was then in the race in Birmingham where El Guerrouj’s world indoor 1500m record was broken, but by his compatriot Samuel Tefera with a time of 3:31.04 ahead of Kejelcha’s 3:31.58.

In Boston the two-time world indoor 3000m champion’s aim had been to break both the mile and 1500m world record marks in the same race. The Alberto Salazar-coached runner just missed the latter but his split time of 3:31.25 puts him third on the world indoor all-time list behind Tefera and El Guerrouj.

Johnny Gregorek finished second in 3:49.98 to put himself second on the American indoor all-time list.