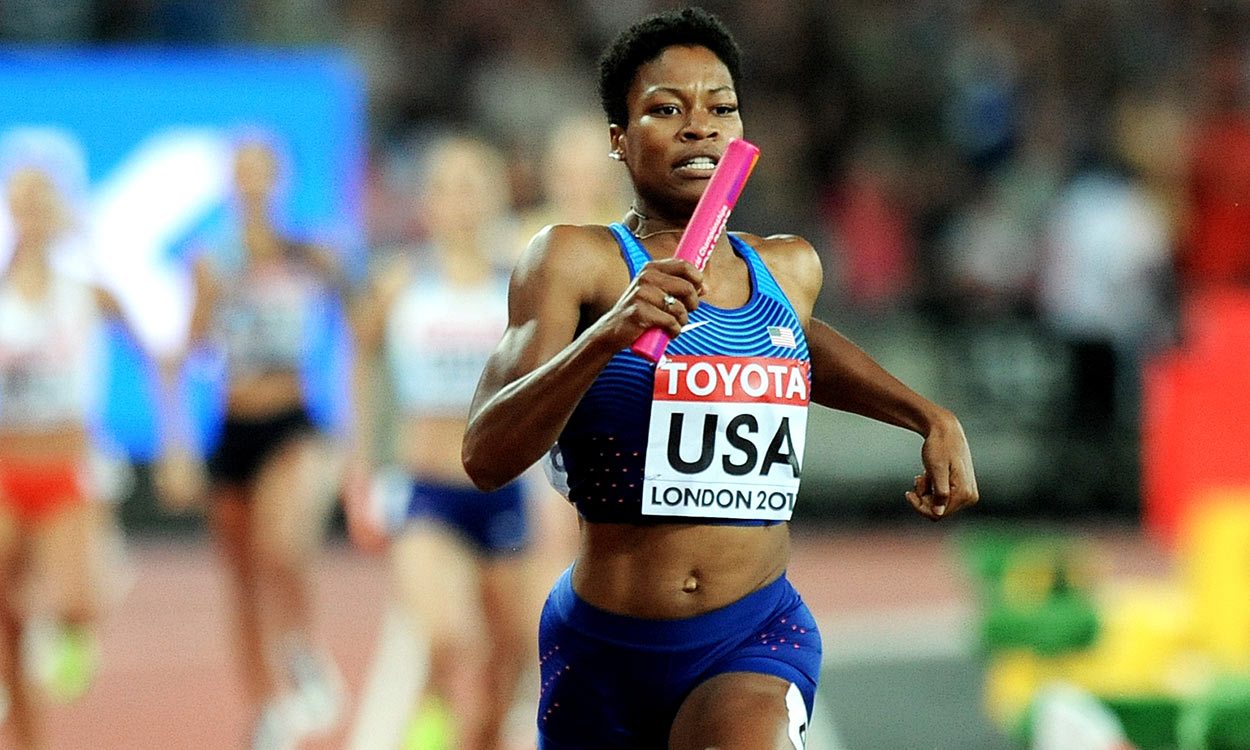 The USA stormed to a world-leading victory in the women’s 4x400m relay as the British line-up emulated the exploits of their 100m counterparts from the night before by raising the London Stadium roof and capturing silver ahead of Poland.

A highly eventful start to the second lap completely changed the face of what had been shaping up to be a very tight contest and the Americans ultimately ended up as comfortable winners in 3:19.02 as Britain ran 3:25.00 and third-placed Poland completed a season’s best 3:25.41.

The fact that Jamaica failed to finish another relay, following the dramatic fate to have befallen Usain Bolt, was a huge talking point however.

Anneisha McLaughlin-Whilby had taken the baton with Jamaica marginally behind America and Nigeria in hot pursuit but, as with Bolt, she pulled up dramatically and fell to the floor.

Taking the changeover from Quanera Hayes (50.60), America’s Allyson Felix immediately hit the accelerator to move well clear, running an incredible split of 48.60, while behind her the disappearance of the Jamaican challenge opened a door which Laviai Nielsen charged through.

Having taken the baton from Zoey Clark (51.80), who was making her first appearance at a major championships, in fifth place, the Briton ran a superb leg to hand over to Eilidh Doyle in second place. 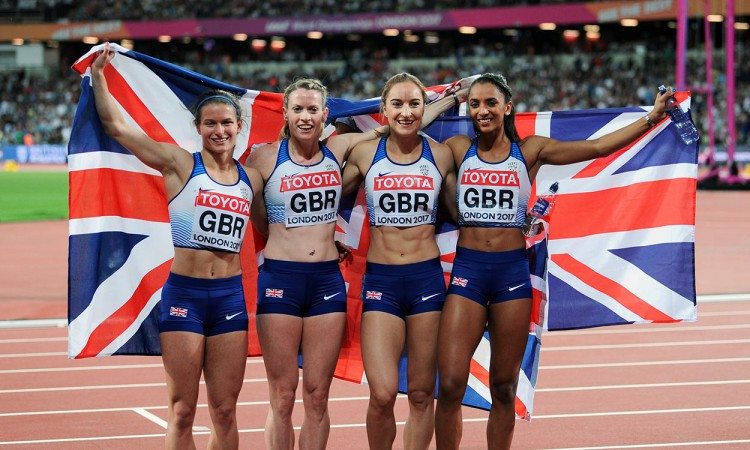 While all of this was going on Jamaica’s Novleen Williams-Mills, who has overcome cancer and was making a career farewell, could only stand by helplessly and watch the action unfold around her while her team-mate left the track in a wheelchair.

Into the third leg, Shakima Wimbley maintained the sizeable American lead with a leg of 49.50 and, with the gold medal conclusion foregone, it became a straight battle for silver between Britain and Poland.

Home team captain Doyle gritted her teeth, called on the experience gained during her lengthy career and ran 51.50 to set Emily Diamond up on the run for home still ahead of Poland.

Right at the head of affairs Phyllis Francis, who became 400m world champion in London, charged her way to the second gold of her championships in 50.32 as the USA’s victory was confirmed. But would Diamond have enough to hold off the strong challenge of Justyna Swiety? Indeed she would and the home celebrations were enormous again after she came home in 50.90 and another silver medal was added to the British tally.

The personal prize haul of Felix grew, too, as the most decorated athlete in world championships history won the 16th world medal of her career. Bolt and Merlene Ottey are closest to her on 14.

“It does mean so much to me every time,” said the 31-year-old. “I’m grateful to run with these amazing girls. They work so hard and deserve all their  success. It’s an honour to run in the relay for Team USA and I will always treasure these moments.”

It was a moment to treasure, too, for the British side and Nielsen admitted they had taken inspiration from the 100m relays which had caught the imagination so well on Saturday night.

“The team is so close and we all knew what we had to do, so to come out and win a medal is beyond words,” she said. “I can’t even begin to describe how amazing this feels.

“We see others teams do it, and what’s to say we can’t do it? It gave us a boost knowing that we could get medals in all of the relays.”

“You’ve got to look at the bigger picture – we’ve made the target but we’ve also had some really excellent results. I urge people to look at how many people finished higher than where they were ranked coming into this – our team as a whole has performed really, really well. I’m super proud of this team, they’ve done a really good job.”