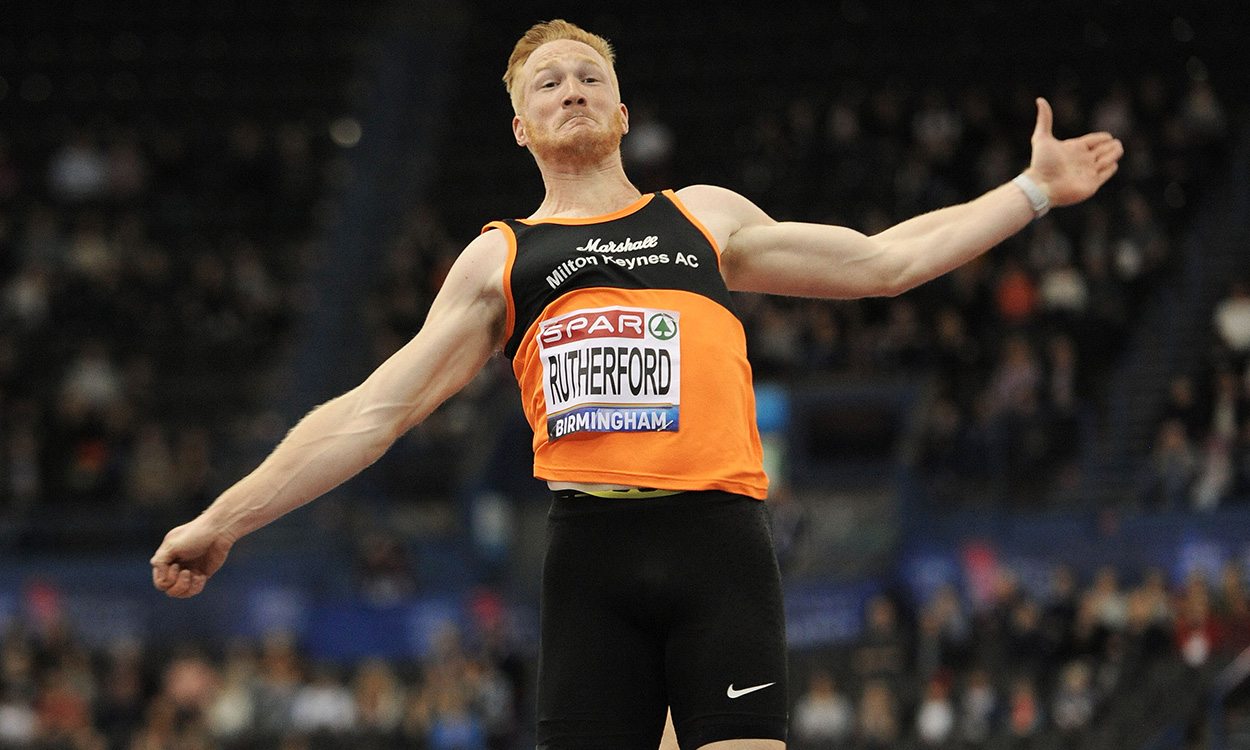 There was a winning return for Greg Rutherford at the SPAR British Athletics Indoor Championships in Birmingham on Saturday, as the former Olympic and world long jump champion marked his comeback after injury with a 7.80m leap.

Jumping furthest in the first round, the 31-year-old also recorded marks of 7.75m and 7.46m and claimed victory ahead of Adam McMullen with 7.75m and James Lelliott with 7.65m.

“It feels like it has been years and years since I competed,” said Rutherford, who had a lengthy injury lay-off after reconstructive surgery on his groin and an ankle problem. “I am exhausted now, that’s the overriding thing. I think it is the stress of having no idea what shape I am in.

“I only started walking again in mid-November. It has been a very quick turnaround since the two surgeries. I’m chuffed to bits to do the six jumps and come through it.

“I feel more confident for next week,” added the British record-holder, who competes at the Müller Indoor Grand Prix in Glasgow on February 25.

“It has been a while since I have competed at the British Indoor Championships. I rarely do indoors but it has been lovely to compete in this competition. There was some frustration I couldn’t jump further as I couldn’t quite catch it but that is down to the amount of time I have been out.”

As for the upcoming IAAF World Indoor Championships in Birmingham, for which he has not achieved the 8.19m standard, he said: “If they’re willing to put me in (the team) then I will feel through Glasgow, push it on in the next week or so and if things are going well then ‘why not?’

“The long jump is always an open event. Luvo Manyonga (South Africa’s world No.1) is a really fantastic jumper and he’s obviously really in form but apart from that it’s a very open event and I’ll have a home crowd on a runway that I quite enjoy and I like those conditions.”

While Rutherford secured his seventh national title, combining both indoor and outdoor wins, there was a first senior British championships victory for Molly Caudery as the Commonwealth Games-bound 17-year-old claimed pole vault gold on countback. 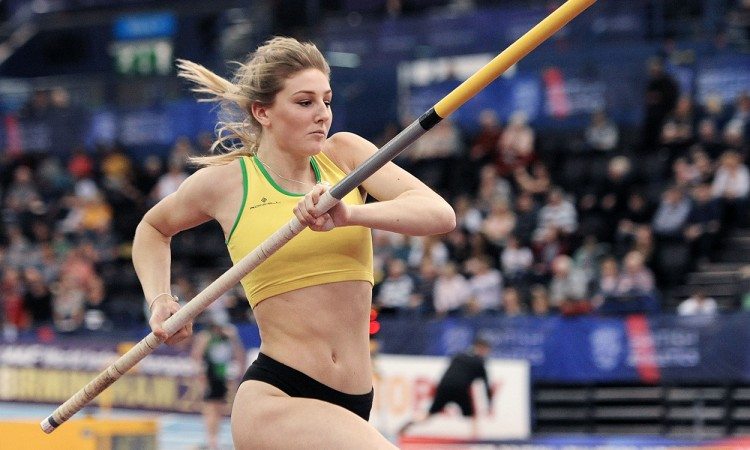 Soaring over an indoor PB of 4.25m on her first try, the European under-20 silver medallist went on to attempt a PB-equalling 4.35m twice before a single unsuccessful attempt at what would have been an overall PB of 4.40m.

Her performance gained her gold ahead of defending champion Jade Ive, who also cleared 4.25m, and Commonwealth silver medallist Sally Peake with 4.15m.

“There is always a friendly competition amongst the pole vaulters,” said Caudery. “It was fantastic to get the win but also have that support from my fellow competitors.”

Caudery managed to triumph despite only practising pole vault a handful of times all winter because the nearest indoor facility to her home in Cornwall is several hours’ drive away in Cardiff. Instead she has kept in shape with general fitness training and in September she starts studying at UCLA in California, where the weather and facilities are guaranteed to be better.

The competition in Birmingham was missing British record-holder Holly Bradshaw through injury as she revealed she had sustained a hamstring injury during a training session. However, Bradshaw is still set to join Caudery on the England team for the Gold Coast Commonwealth Games.

“I was upset that I didn’t get a chance to jump against Holly Bradshaw. I wanted to have that battle against her but I hope to see her back jumping again soon,” Caudery added.

“It is great preparation for the Commonwealth Games. I’m the youngest member of the England athletics team so it is a very exciting time for me.

“It will be a great experience, but to go to it as the British champion shows that I am more than ready for the challenge. I’m hoping for the best out there – the whole experience will be brand new so I’m going there to learn and take as much on as possible.”

Katarina Johnson-Thompson was another athlete to impress in Birmingham and she prepared for the World Indoors pentathlon by leaping a UK-leading 6.71m to win the long jump title, that mark putting her third on the world indoor rankings this year.

“I feel really good after that – I’m happy with the distance and to complete all six jumps is really encouraging,” said the 2015 European indoor pentathlon champion. “It was a good competition to be involved in and is all part of building up in the early part of the season. I’m pleased with my progress so far but I’ll continue to put the work in.”

Competition was close for the other podium places and Jazmin Sawyers secured silver with 6.08m, while Lucy Hadaway bagged bronze with 6.06m. Katie Stainton was fourth with 6.04m.

» Further SPAR British Athletics Indoor Championships coverage can be found here, while the February 22 edition of AW magazine will include in-depth reports, pictures and results