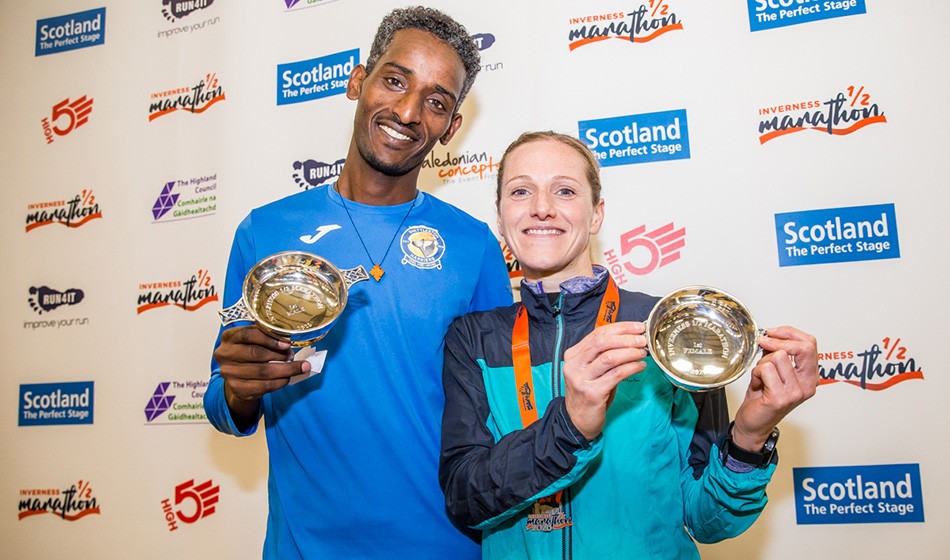 Recent highlights from the world of athletics

Click here for our report on the UK Inter-Counties Cross Country Championships at Prestwold Hall, while video interviews with all of the winners can be found here.

A report from day one at the British Masters Indoor Championships at Lee Valley, which featured a world record by 80-year-old Kathleen Stewart, can be found here, while a day two report is here.

Other recent highlights from events both in the UK and overseas can be found below.

Weynay Ghebresilasie of Shettleston Harriers and Liz Abbott of Lytham St Annes Road Runners won the half-marathon, in respective times of 65:06 and 77:53.

The 5km, which took place alongside the half-marathon, was won by Lucas Cairns and Emily Andrews, both from Inverness Harriers, in respective times of 15:58 and 18:56.

This 20-mile event saw Annabel Gummow run 2:00:35 to finish fourth overall and top female in her furthest ever race, as George Suthon won the men’s race in 1:56:57.

PB 74.98m today in the Loughborough Winter competition, great way to blow the cobwebs out. 😁Happy with the result but hungry for more! 🇬🇧 next stop Portugal 🇵🇹 pic.twitter.com/ZUrUowtwDQ

Jess Mayho won the women’s hammer competition with a throw of 64.22m.

Dewi Griffiths won the men’s race in 66:52, while Natasha Cockram claimed the women’s title in 75:27.

Cambridge and Coleridge runners claimed both titles with Jonathan Escalante-Phillips winning the men’s race in 65:36, while women’s race winner was Victoria Knight in 74:45.

Daniel Jarvis had been due to race at the World University Cross Country Championships in Morocco but after it was postponed due to the coronavirus outbreak he ran in Chester instead and won the men’s race in 29:45.

Her time moves her to fourth on the Japanese all-time list.

Britain’s Charlotte Purdue was among the pacemakers and she went through the half-marathon mark in 70:26 before clocking 83:30 through 25km and stopping as she continues her preparations for the London Marathon.

Adriana Vilagos improved the world under-18 javelin best (500g implement) by three metres, with the 16-year-old recording a mark of 68.76m.