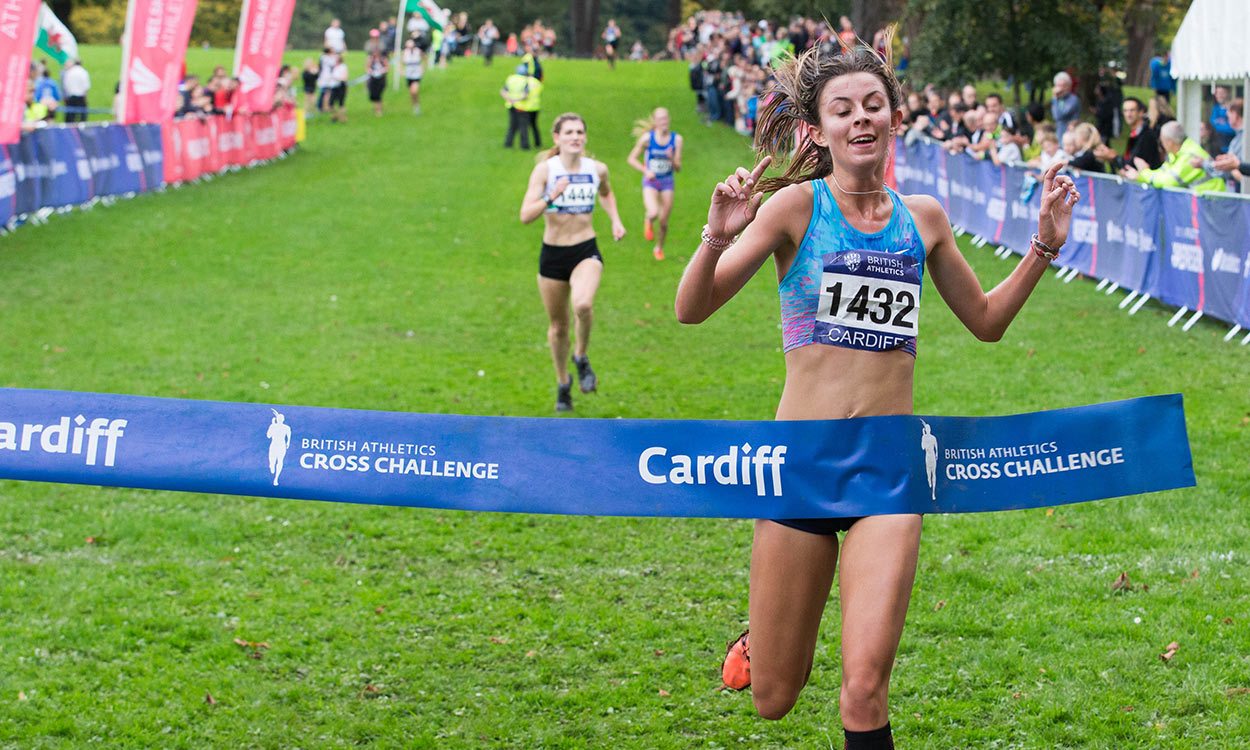 The event had moved to a new venue at Llandaff Fields and secured a revised place as the Cross Challenge opener this season.

In the senior women’s race, Jess Judd looked to defend her title with 2016 winner Lily Partridge seen as being the greatest threat. Judd indeed went on to repeat her win from January with relative ease.

Behind her, Verity Ockenden repeated her second place finish from last season ahead of local girl, Cardiff AAC’s Charlotte Arter, in third.

Judd, the 2017 UK CAU Inter-Counties cross country champion, commented: “It was a really good race, I love it in Cardiff. The conditions were really good, it was really warm.”

On her race tactics, she added: “On the first lap everyone took it easy and then Charlotte made a move. There were only two hills on the course and I got dropped on both. I probably went with about 1500m to go.

“I was really, really struggling over the last 500m. But I held on and I’m really happy to retain it.”

The senior men’s race was similarly cagey until near the half way point. After that it was Mahamed Mahamed and Sam Stabler that showed confidence by moving ahead of the pack and sharing the lead.

It was Stabler, however, who went on to win by four seconds from Mahamed, with Jonny Hay in third. 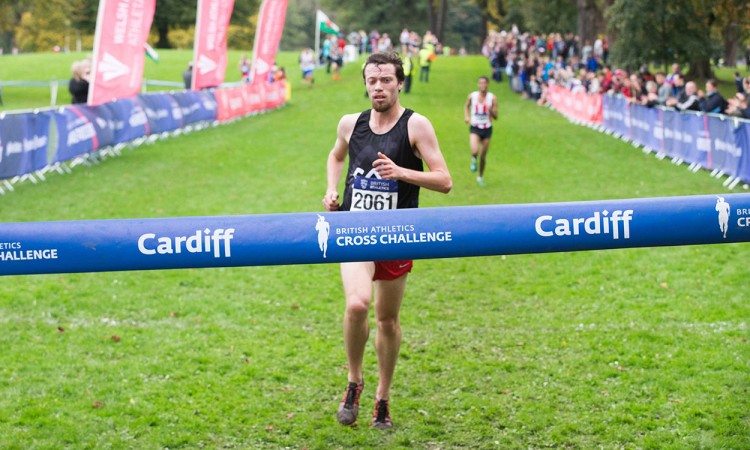 “My coach, Rob Denmark, told me to sit in on the first lap and then on the second lap try to push it on,” explained the winner. “I did that and Mo came with me. I had a sprint at the end and managed to pull away.”

Wales’ Cari Hughes had won in Cardiff twice before and was always near the front in the under-20 race. Khahisa Mhlanga was another pre-race favourite who was always likely to feature.

Mhlanga surged away from Hughes in the closing stages to win the combined under-17 and under-20 women’s race, with Hughes next home followed by Julia Paternain who completed the podium places. The under-17 title was claimed by Cornwall AC’s Grace Brock.

Jake Heyward took under-20 men’s victory despite losing touch of the leaders earlier in the race.

Heyward, who is the European under-20 1500m champion, was always likely to be a threat in the closes stages if he remained in contention.

He commented on how the race had gone, saying: “It was a tough race, we were all together in a group until Tom Mortimer pushed the pace on. He made his move. I think he knew he needed to break me.

“In the (London) Mini Marathon Tom got the better of me so I waited and waited, until I felt I could sprint properly.

“It really did help having the home crowds here today. I really wanted to win because it was a home course.”

City of Portsmouth’s Lachlan Wellington claimed victory in the under-17 men’s race, while under-15 titles were won by Leeds City’s Ethan Hussey and Macclesfield’s Sian Heslop.

Under-13 winners were Poole’s William Rabjohns and Vale Royal AC’s Holly Weedall, while the under-11 titles were claimed by Carmarthen Harriers’ Ifan Bowen and Savana Smith of Charnwood AC.

The next event in the Cross Challenge series will be held at Teardrop Lakes in Milton Keynes on Saturday November 11.