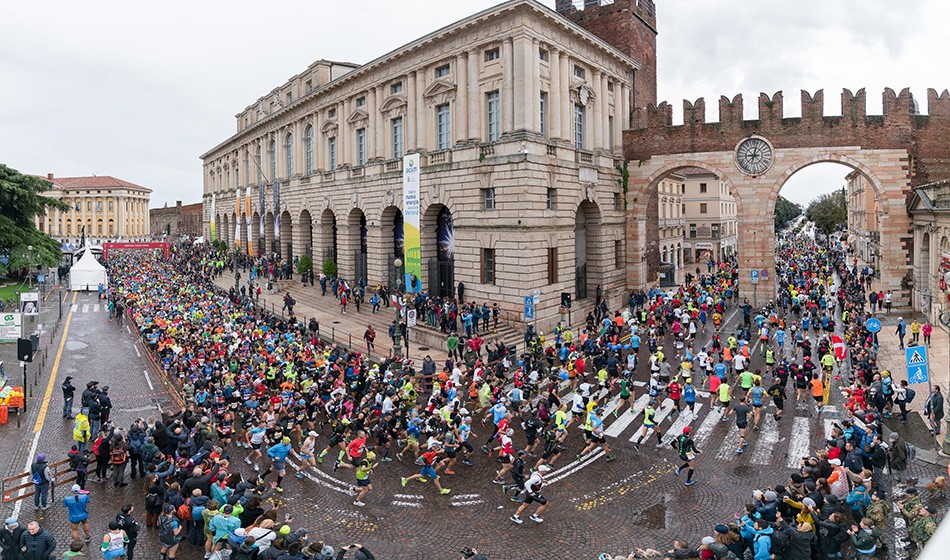 Verona is Italy’s city of love, famous for providing the setting for Shakespeare’s ‘Romeo and Juliet’. But it was running, rather than romance, which primarily attracted thousands to the UNESCO World Heritage Site on November 17.

The Verona Marathon returned for its 18th edition last month, with the ZeroWind Cangrande Half Marathon and Bridgestone Last 10k taking place alongside the main race and a range of other events also held across the weekend.

Each race takes participants on a different scenic tour of the historic city and surrounding area, which is located 70 miles west of Venice at the foot of the Lessini Mountains on the Adige river.

Starting and finishing next to the impressively preserved Roman amphitheatre in Piazza Brà, where the city’s annual summer opera festival takes place, the marathon route takes runners out of the city centre and along the river on two different loops, while the half-marathon course also goes out along the river before a return to the picturesque piazza. The 10km winds through the city’s streets and lanes.

An international entry record was set this year, with over 1000 runners travelling from overseas for the series of races.

Verona and its marathon

Sitting between Milan and Venice in northern Italy’s Veneto region, Verona is not only popular for its Shakespearean associations, but also its impressive architecture and historical monuments.

With an airport just 10km southwest of the city, it is easily accessible from the UK and, once there, nothing is too far away.

The Verona Marathon is understandably proud of its home and history, with the GAAC 2007 amateur sports association behind the event organisation. The association’s story started in the 1960s when a group of friends, fans of mountain hiking, decided to branch out into other areas of athletics.

“They went to the flat, down from the mountains, and they set up a very important athletic group in which there was a very important runner – Gelindo Bordin – the winner of the Seoul Olympic marathon gold medal,” explains Verona Marathon president Matteo Bortolaso. “It is a very big reference for us.”

So much so that a letter of thanks from Bordin to former president of GAAC 2007, Dario Bergamini, hangs proudly in the Verona Marathon ‘Hub’, a sports shop and meeting place in the city.

On what attracts people to the city and to the marathon, Bortolaso says: “Verona is the city of love, Romeo and Juliet. Shakespeare made a lot for us, even if we don’t know if it actually exists!

“It is spreading, the knowledge of our event, connected to Verona, which is very well known,” adds Bortolaso, with GAAC 2007 also organising another event, the Gensan Giulietta & Romeo Half Marathon, around Valentine’s Day each year. “We are in a small town but we succeeded in finding interest from Italy and from abroad.” 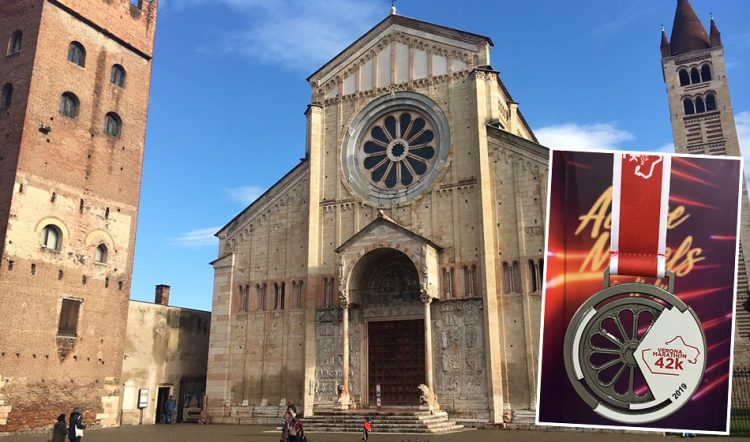 This year’s event programme included a three-day expo, sightseeing run, young runner races and a jazz concert, as well as the marathon, half-marathon and 10km.

I ran the 10km and my three-day trip was ideal in giving me enough time to explore and enjoy what the event and city had to offer.

You don’t have to travel far to find good coffee, food and Prosecco (only for a post-race celebratory drink, of course!) and so given the wet but mild weather when I arrived on Friday afternoon, a caffeine hit was my first stop before a walk into the city centre.

I loved the buzz of the bustling lanes and piazzas and, had I been running the marathon, might have been more conscious of the amount of time I spent on my feet as it is easy to wander and wander while taking everything in.

My Saturday started with the sightseeing run, which is free to all runners entered for the following day’s marathon, half-marathon
or 10km. After meeting at the Hub, where introductions were made in both Italian and English, we headed out for our sunny 6km jog around the city. It was welcoming and a great opportunity to chat with fellow runners, with plenty of photo stops on the way. 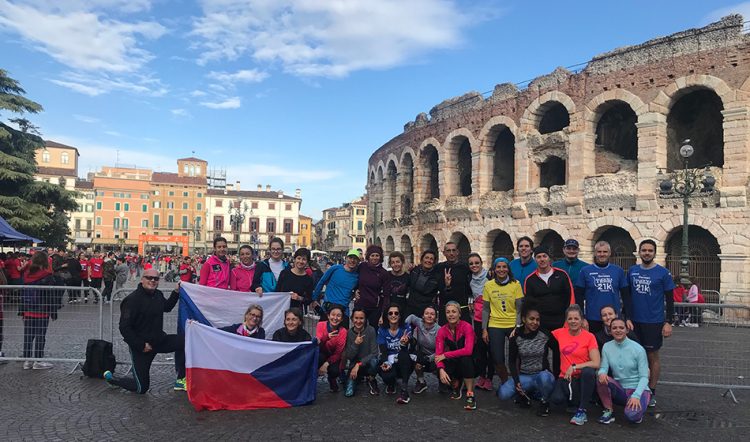 After a quick change I started the 25-minute walk over to the expo to collect my race number. Located in the AGSM Forum, next to the Stadio Marc’Antonio Bentegodi which is the home of Hellas Verona Football Club, the expo was small but offered all the essentials, plus merchandise and event stands.

Number collection was quick and easy, with 10km entrants receiving a race T-shirt (available in a range of sizes – they even had XS!). Marathon and half-marathon runners got a backpack and also received a medal after the race.

A recent rule change in Italy means runners no longer need a medical certificate to be able to take part, which also removes some of the pre-race stress and expense.

Sunday was race day! The early rain started to clear just as I left my hotel and there was a great atmosphere at Piazza Brà as runners gathered ahead of the 9am start. The marathon and half-marathon went off first, before the 10km – both competitive and non-competitive – 10 minutes later, and I got goosebumps listening to the Italian national anthem before we were set on our way.

Leaving Piazza Brà, we ran under the imposing arches of the Portoni della Brà before looping around the city, crossing the Adige river four times, and heading back to the piazza, where drinks and cakes were waiting. If you wished you could even eat cake on the way around, as the well-stocked on-route refreshment stands also offered baked goods as well as water!

The route was mostly flat and the wet weather didn’t cause me any problems, I was just a little more cautious when running on the cobbled sections. 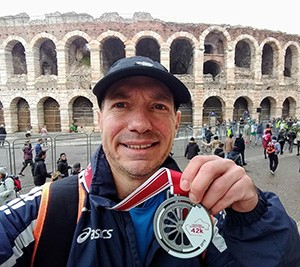 During the sightseeing run I met a fellow UK runner, Neil Williams of Orpington Road Runners, who was taking on the marathon and reflecting after his 3:25:36 run, he said: “The pre-race start stress was minimal. The bag drop was clearly marked in start number order and I didn’t experience any queue or last minute panic. The usual event toilets were provided. I didn’t see too many of them but perhaps that’s because I managed to find an unofficial ‘club class’ loo in a restaurant! The starting pens were well marked and well managed by stewards with pre-race announcements unsurprisingly in Italian with the odd intermission in English.

“The first few miles took us along some pretty wide roads out of Verona, so no hold-ups. I positioned myself along with one of the pacing teams which meant I didn’t have to think about too many race pace calculations! The route then took us along the river and at around mile 8 or 9 we were treated to the view of some snow-topped mountains in the distance.

“As the miles ticked by, the support diminished, while the aid stations provided water and energy drinks in the earlier stages and in the latter part of the race they also sported apples, bananas and jelly. A couple of the stations also supplied gels.

“The final four miles took us back toward the historic city centre again. The finish, back in Piazza Brà, was a welcome sight – emerging in such a beautiful scene with enthusiastic finish line congratulating was quite emotional!”

» See veronamarathon.it to find out more