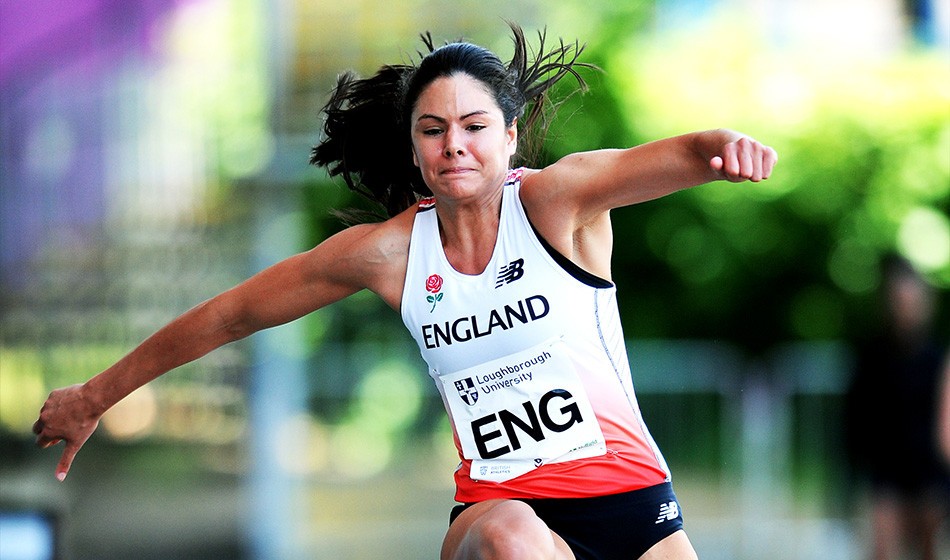 Mills once again demonstrated her return to form, easily winning the 200m final in 23.49. In contrast, the men’s 200m proved to be a much tighter affair. James Gladman of Bath University took gold in 21.11 just ahead of Brunel’s Luke Dorrell with 21.13 and University College Birmingham’s Jordan Broome with 21.28.

England junior 800m athletes Alex Botterill and Isabelle Boffey also both took gold medals in Sheffield, demonstrating why they are among the most talented youngsters the country has to offer.

Botterill, who controlled the race from the start, cruised to victory in the last 150m to finish in 1:52.37. The Leeds Beckett athlete, whose previous titles include Commonwealth Youth Games champion, finished ahead of St Mary’s Thomas Randolph, who took silver in 1:53.29, and Brunel’s James Downing in 1:53.51.

Birmingham’s Boffey was similarly dominant in her race, finishing 10 metres clear of the next finisher and firmly ahead of the rest of the field.

Bath’s Isobel Ives seemed to be the only athlete close to rivalling Boffey and ran 2:08. The bronze medal was taken by Sheffield Hallam’s Emily Simpson in a tough sprint finish.

Another excellent performance came from Imperial’s Dani Chattenton who fell just short of a middle distance double victory after falling shy of victory in the 1500m following a gold medal in the 3000m.

Chattenton took the 3000m title in 9:37 ahead of Birmingham’s Kate Seary with 9:41 and Victoria Weir with 9:49. However after leading for most of the race, Chattenton was beaten by Emily Thompson to 1500m gold. Thompson crossed the line first in 4:25.74, half a second ahead of Chattenton’s 4:21.26. Loughborough’s Rosemary Johnson took bronze in 4:26.78.

James Gormley of Birmingham wins the 3000m in a PB of 8:09 ahead of Linton Taylor of Leeds Beckett (8:14) and Jake Smith of Cardiff Met (8:15). Last year’s winner Mahamed Mahamed was fourth #BUCSNationals pic.twitter.com/cLco4YDlWW

Last year’s winner and England under-23 athlete Mahamed Mahamed finished outside of the medals in fourth.

In the field events Loughborough’s Morgan Lake won the high jump in 1.86m, jumping 1cm short of a championship record. Lake finished 10cm above her rivals.

Birmingham City’s Ryan Webb won the men’s event with a jump of 2.14m ahead of Strathclyde’s Lewis Mcguire with 2.11m and Loughborough’s Rory Dwyer with 2.08m.

The men’s shot put also proved to be an exciting contest. Brighton’s Joseph Watson, with a throw of 16.26m, emerged victorious by just 4cm in front of Plymouth’s Patrick Swan with 16.22m. London’s Daniel Cork took the bronze with 15.56m.

A report on Friday’s action can be found here.