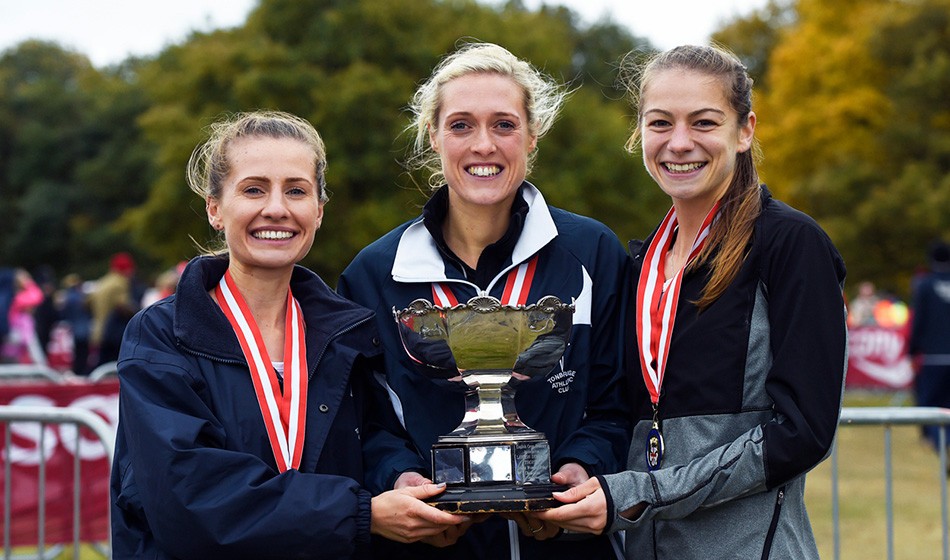 Tonbridge’s surprise victory came as they ran home four seconds clear of Aldershot, Farnham & District (AFD), who were also runners-up on the men’s side, albeit 31 seconds behind the convincing winners.

The in-form Emily Hosker Thornhill took a big lead for AFD on the opening leg. Her 9:11 for the slightly shorter opening stage put her 24 seconds in front of Tonbridge’s Nicole Taylor.

However, with former European junior cross-country champion Emelia Gorecka a late withdrawal from AFD’s team due to illness, Tonbridge’s Lucy Reid (9:52) quickly overtook Anna Watson and came home 25 seconds in front. Ashley Gibson (10:02) then finally extended the gap with a lap of 10:02. Rotherham Harriers were third.

Jess Judd was fastest on the final two legs, running 9:24 for Blackburn Harriers.

By contrast, Leeds led as soon as the second of the four 5km legs after Loughborough’s Jamie Williamson, quickest on the opener with 14:56, had no one to hand on to. 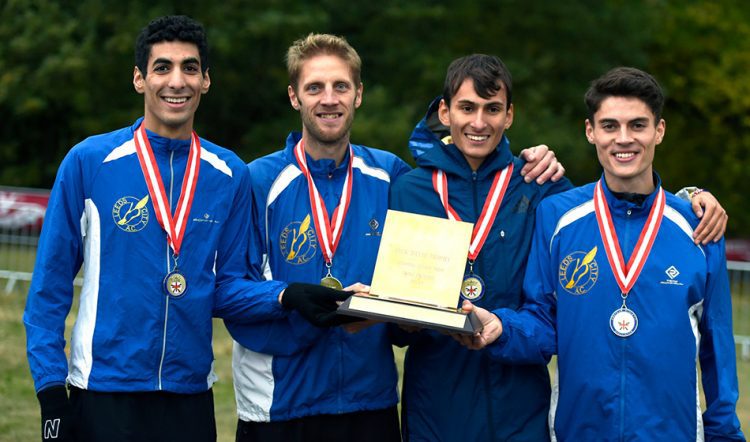 After Ossama Meslek ran 15:00,  Graham Rush pushed on for Leeds with 15:18 despite a spirited effort from AFD’s Jonny Hay, whose 14:57 was the fastest of anyone on the last two stages.

In the first race of the day, the under-20 women’s, Loughborough took the overall win but, as university teams are not eligible for medals, the title went to Herne Hill. Morpeth won the junior men’s race.

» The next AW magazine will include full coverage from Mansfield