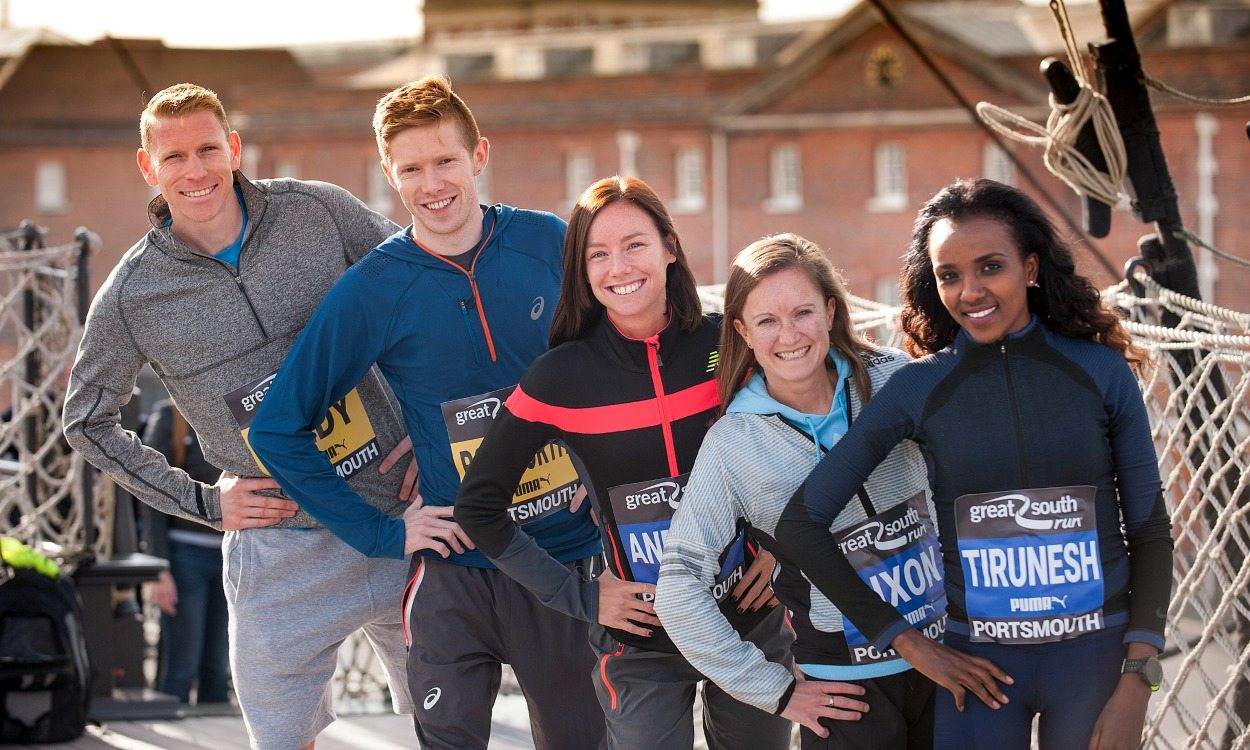 A look ahead to the world’s leading 10-mile run, where Tirunesh Dibaba heads entries on her debut at the distance, while Tom Bosworth race walks the 5km event

Tirunesh Dibaba will return to British road race action on Sunday (October 23) when she makes her 10-mile debut at the Great South Run.

The three-time Olympic gold medallist heads entries for the world’s leading 10-mile run, which will see her take on a largely domestic field over a course which starts and finishes in Southsea and goes through Portsmouth’s Historic Dockyard.

The Ethiopian finished third in last month’s Great North Run half-marathon in 68:04 and also won the Great Manchester Run 10km in May in 31:16 on her return to racing following the birth of her first child, but she was forced to withdraw from the Great Scottish Run earlier this month with a calf strain.

“This will be my final race for the season and I have prepared well for it.”

Like Cherono, both Andy Vernon and Chris Thompson are fresh from the Great Birmingham Run where they finished first and second respectively and they will battle once again on the roads of Portsmouth.

“I’ve surprisingly recovered quite well, which is good,” Vernon said after his 63:32 half-marathon win. “My legs are feeling fresh.

“That was the first win I’ve had in over a year so it was good to get back to winning ways and hopefully I can carry that on this weekend,” he added.

In the past the flat course has been graced by athletes such as Paula Radcliffe, Liz McColgan and Mo Farah, who won the men’s race in 2009.

Around 25,000 people will take part in four events across two days of action, with the Junior & Mini Great South Run and Great South Run 5k all taking place on Saturday.

Among those in 5km action will be Britain’s Tom Bosworth, who drops down in distance after having placed sixth in the Olympic 20km race walk in Rio for the highest finish by a British athlete since 1972, improving his own UK record in the process.

In a novel race walk vs run challenge, any runner who beats Bosworth’s time on Saturday will be rewarded with a free entry into next year’s Great South Run 5k.

» Live Great South Run action will be available for fans in the UK to watch on Channel 5 from 10am, while the October 27 edition of AW magazine will include coverage