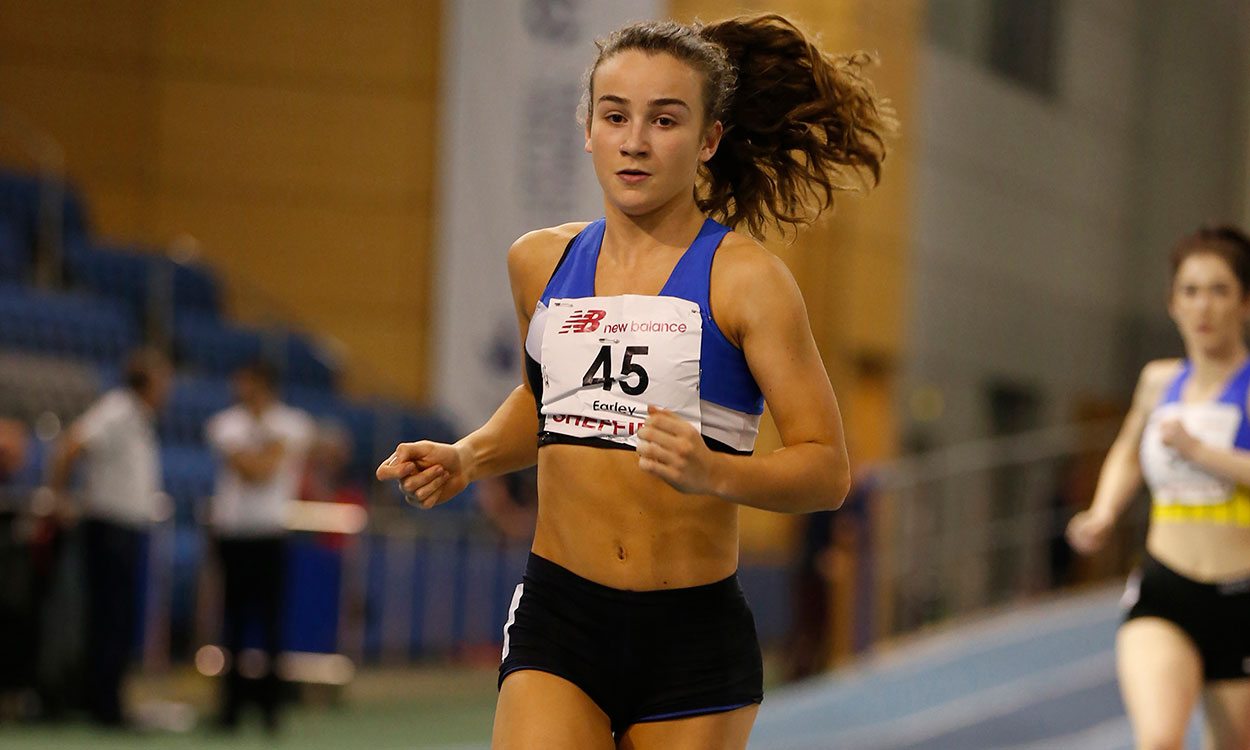 Pippa Earley, Joel McFarlane and Joseph Harding impress in Sheffield, while we also take a look at results from events including the British Masters Indoor Championships

An Inter-Counties Cross Country Championships report can be found here, while a round-up of NCAA Indoor Championships action is here.

There were three UK records set by athletes in Sheffield over the weekend.

Pippa Earley (pictured) won the under-17 pentathlon with 3952 points to add 78 points to Anna McCauley’s UK record set in December.

McFarlane was in particularly good form in the jumps, setting PBs in the long jump (6.90m) and pole vault (3.81m) and equalling his best in the high jump with a 1.91m leap for 4948 points overall.

Joseph Harding broke the under-15 pentathlon record. He set a PB of 8.25 in the 60m hurdles to strengthen his hold on second place in that event on the all-time UK list.

He also set PBs in three of the other events to add 28 points to Reuben Esien’s previous UK best.

Lucy-Jane Matthews won the under-15 girls pentathlon with a score of 3649 points which added 357 points to her PB and moved her up to second all-time, 100 points down on Morgan Lake’s record.

She set PBs in all five individual events and won by over 300 points.

Athletes warmed up for the upcoming World Championships in Daegu.

In international terms Britain was not the strongest at this event, but Scott Lincoln’s 19.00m shot put season’s best looked good from a GB point of view

Rachel Wallader’s 17.47m shot and Harry Hughes’ 76.59m javelin were the other best results, with the 19-year-old’s PB javelin throw the best by any Briton in three years.

Adam Hague won the men’s vault on countback from Joel Leon Benitez as both cleared 5.33m, while Sally Peake won the women’s contest with 4.23m from Sarah Mckeever’s PB 4.13m.

David Weir won his sixth successive title in 47:30 to warm up for the Virgin Money London Marathon.

The women’s race was more competitive with less than a minute covering the top five. Ruth Barnes’ 75:32 gave her victory over Amy Clements, Rachel Felton, Hannah Walker and Rebecca Hilland.

Kevin Fahey’s report will appear in this week’s magazine.

Weynay Ghebresilasie won the men’s event in 66:48, while Fionnuala Ross was first woman in 77:56.

Some 40 years after the first race was held in 1977 and won by Steve Ovett in 65:38, one of Britain’s oldest half-marathons, and one of the hilliest, was won by nearly two minutes by Chris Biddle in 77:22, a slower time than when he was tenth the year before.

Andrius Jaksevicius won the men’s race in 69:50 while Helena Eastham was first woman in 82:27.