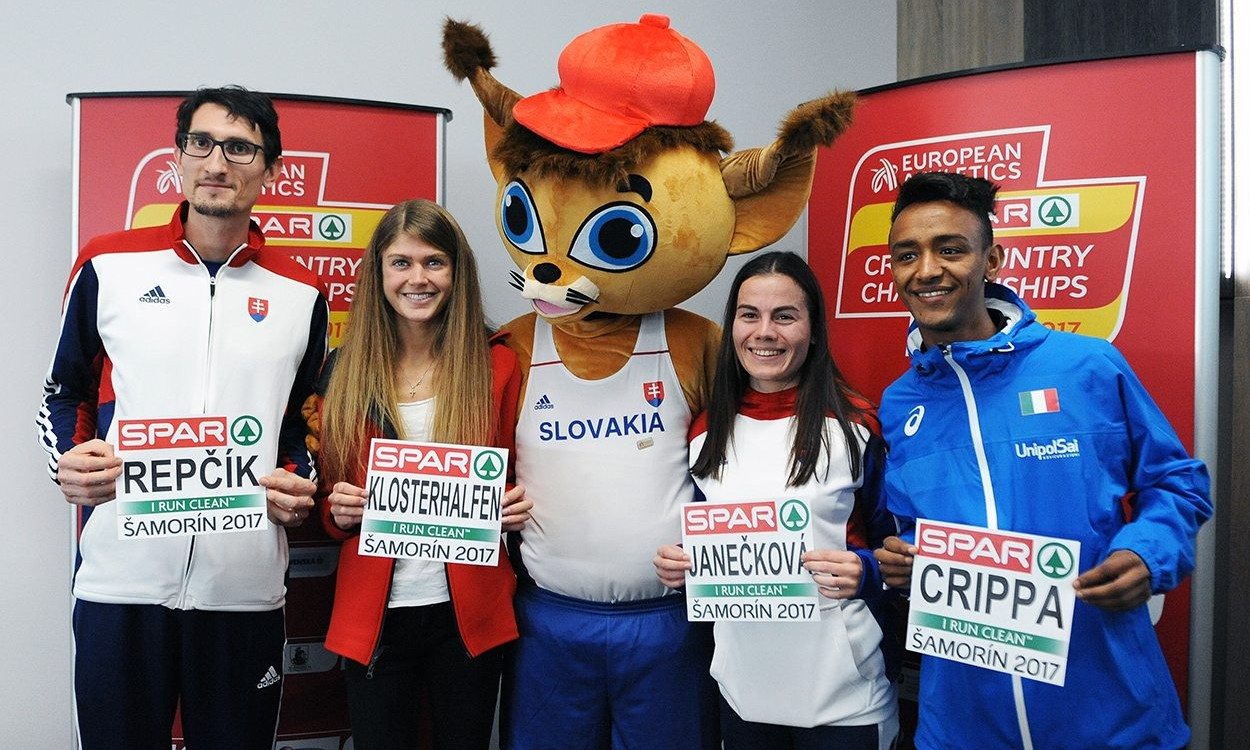 European Athletics president Svein Arne Hansen has insisted the fact that tomorrow’s European Cross Country Championships will be the biggest ever shows that the discipline remains a vital part of athletics on the continent.

Great Britain, along with the likes of Spain and France, have brought a full complement of 40 as 576 athletes, more than ever before, compete for honours at a championships which will also include a mixed relay event for the first time.

Speaking at the impressive X-Bionic Sphere facility in Samorin, Slovakia, where the action will unfold tomorrow morning, Hansen said: “We are really proud that this is the biggest European Athletics Cross Country Championships in history.

“There will be record numbers of athletes and some very big teams. It’s a sign that cross-country is still important in European athletics.”

The mixed relays will be contested between 11 nations, with teams made up of two men and two women.

The action begins at 8am UK time with the Under-20 women’s race on a course of grass and sand which looks like it will be very quick .

The British team will be captained by Emelia Gorecka, the two-time European under-20 cross-country champion who earned a popular victory at the team trials in Liverpool last month after having a torrid time with injury. She could not hide her delight at the news.

“I am thrilled to be named as the captain of the British team,” said the Aldershot athlete. “It was very special for me to win in Liverpool a couple of weeks ago and earn my first call-up to the senior women’s team, but this is an unexpected honour which is an added bonus. Just to be back racing and healthy is a fantastic feeling and I’m really looking forward to seeing how everyone performs on Sunday.

“We have an incredibly strong team of 40 and we are all ready for some hard racing in Samorin against Europe’s finest. Great Britain and Northern Ireland have a strong tradition at these championships and we will look to continue that at this edition. I’ve enjoyed success at junior level at these championships so I’m really excited to be racing on this stage again.”

Andrew Butchart is one of the leading names in the British senior men’s line-up which will be defending their title from last year and has been backed by his fellow Scot Callum Hawkins for individual honours (read our full preview here). There has been a change to the under-20 women’s line-up, however, with the injured Erin Wallace replaced by Phoebe Barker.

There will be no shortage of interest in the under-23 races, with Germany’s Konstanze Klosterhalfen looking for her third title after two wins at under-20 level.

“Yes, it was a great season,” says Klosterhalfen of a year in which she won silver over 1500m behind Laura Muir at the European Indoors in Belgrade, as well as gold at the European Under-23 Championships, set a national record of 8:29.89 for the 3000m, and beat world champion Hellen Obiri over over the same distance at the Diamond League meeting in Birmingham.

“Every race had something special but now it’s a new season. Under-23 is a new challenge. I know about the strong national and international challenge and I don’t think it is going to be easy.”

In the men’s under-23 race, Italy’s Yemaneberhan Crippa is also looking to take his third European cross title.

“I’m in good condition and prepared for this cross country,” he said. “I plan to fight for another medal.”

Both athletes also echoed Hansen’s sentiments on the role cross country plays in the athletes’ agenda.

“For me it’s very important ahead of the track season,” said Crippa of an event which will be hosted by Tilburg in the Netherlands next year.

Klosterhalfen added: “For me it’s also good preparation for the season, it makes you strong, it’s fun and it’s a fantastic event for the team as well.”

The final entry lists can be found here and the action will be streamed live on the European Athletics website from 08:45 local time (07:45 UK). There will also be coverage on the BBC Red Button, with highlights on BBC Two.

A timetable (in local time) can be found here.

» This week’s AW magazine includes a preview to Euro Cross action, while the December 14 edition will include in-depth reports, photos and results