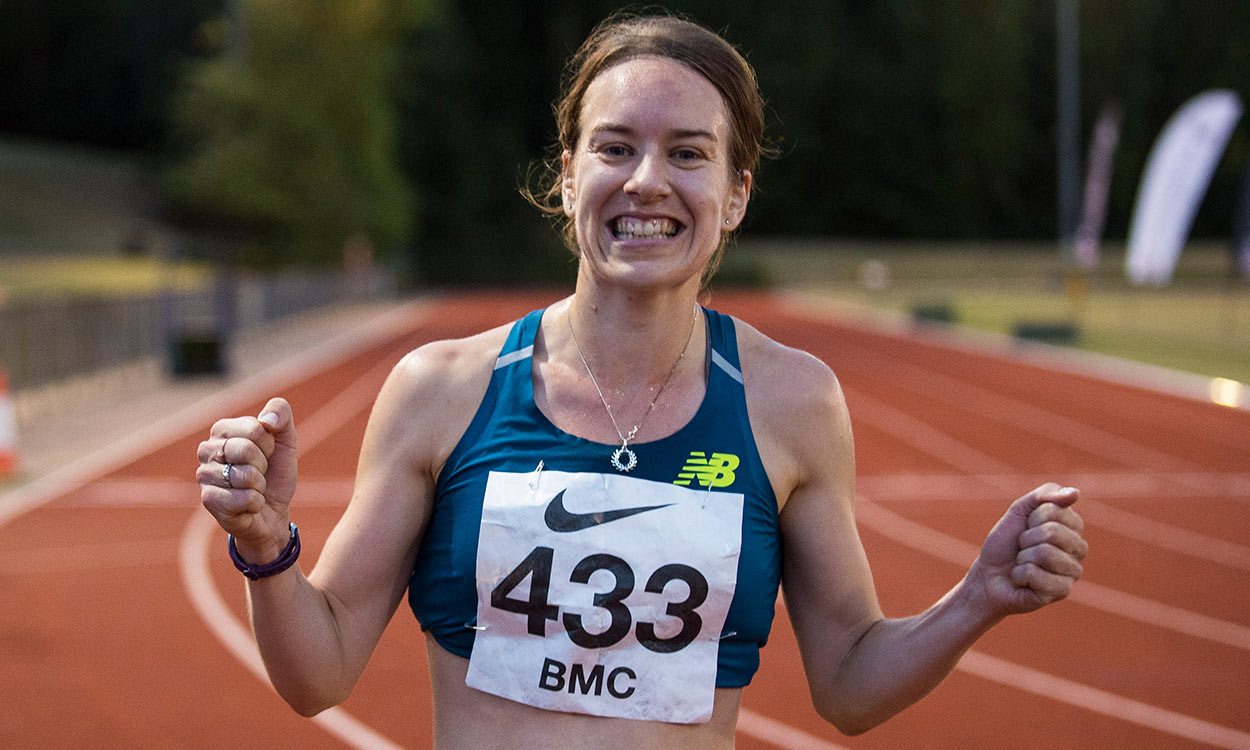 Lynsey Sharp runs a UK-leading 800m, while Emelia Gorecka is a clear winner of the 3000m at the British Milers’ Club meeting

Steph Twell ran a superb 5000m of 15:16.65 to gain a London World Championships qualifying mark at the British Milers’ Club meeting in Watford on Saturday.

The early pace was outside schedule with the opening kilometre of 3:06.93 only 15:34 pace. The second was slightly quicker at 3:04 and Twell had to take over at 2000m. She really accelerated the third kilometre, covering it inside three minutes to reach 3000m back on schedule with 9:10.60.

At this stage she had a four-second lead on Charlotte Arter but this significantly widened as Twell reached 4km in 12:12.

Running solo and with the wind picking up the Aldershot athlete slowed a little in the last kilometre but still had five seconds in hand at the finish.

Another former junior star from Aldershot, Emelia Gorecka, was a clear winner of the 3000m in 9:07.63. You can read about her return from injury here.

Sharp was at the back of the field inside 58 seconds and she survived a stumble after passing 600m in 88 seconds. In many of her Diamond League races, Sharp has been faltering in the last 100 metres but this time she finished strongly to set a BMC women’s record, bettering Jess Judd’s 2:00.37 from 2013.

Just over 30 minutes later Sharp was back in action as the pacemaker in the women’s ‘A’ race. She slightly overdid it though, leading the pack through in a vicious 56.54.

Revee Walcott-Nolan and Katherine Camp followed closely and were left out on their own after Sharp dropped out at 500m. The pair both visibly struggled in the final 200m but so too did their pursuers and Walcott-Nolan won in 2:03.20 to Camp’s 2:03.21.

There was a huge breakthrough in third for 15-year-old Ella McNiven who smashed her PB with 4:15.44.

The men’s 1500m was a disappointment in terms of winning time with Australian Adam Pyke first in 3:42.44 after excellent pacemaking by Anthony Whiteman. There were some significant British junior times though with the PBs of James Gormley in 3:42.51 and Jake Heyward of 3:44.31 ensuring their European under-20 selection after Bedford last week.