Spar British Indoor Championships: Who, what and when? 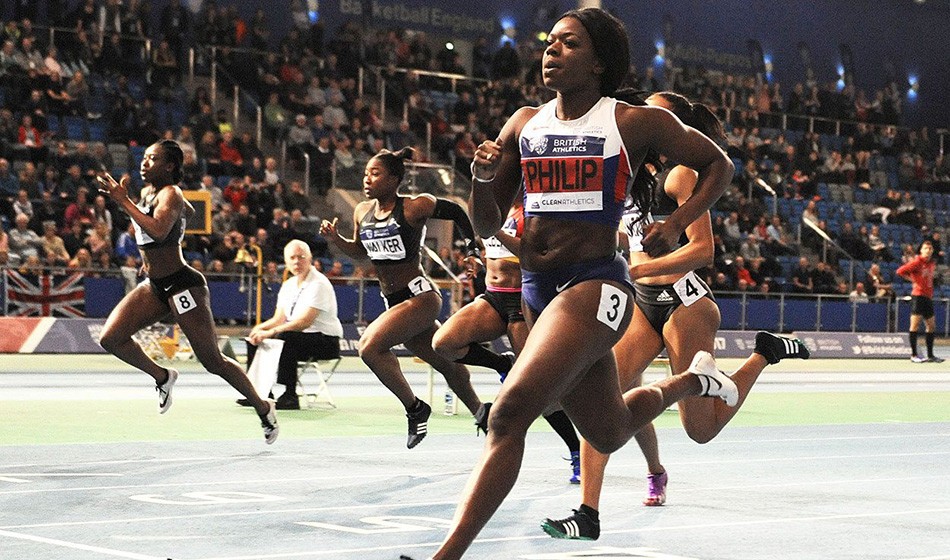 Here’s a guide to this weekend’s action at Arena Birmingham, including some key clashes, timetable and TV listing

The first two eligible athletes in each trial event will enjoy automatic selection assuming they have achieved the qualifying standard during the qualification period – and here are six key clashes below.

Reigning European 60m champion Asha Philip will be a big favourite to retain her British crown based on her 7.12 in Dortmund late last month.

Kristal Awuah has also been in winning form in Germany at Berlin and should be in the medal mix, as should Rachel Miller, who will be keen to improve on her fourth from last year and will do if she repeats her 7.20 form from this year. The 2018 world indoor representative Bianca Williams is also entered but only ran 7.55 in Berlin last weekend.

World indoor bronze medallist Eilidh Doyle heads the entries but will not have it easy. Zoey Clark has not run a 400m this winter but a 23.60 200m at the Scottish Championships showed she is bound to be a factor.

European 400m hurdles medallist Meghan Beesley is in good form, as is junior Amber Anning, who ran 53.35 to be the fastest British under-20 for almost 40 years.

Shelayna Oskan-Clarke ran 2:00.06 to win the 800m last year and might find it hard to replicate that form though she won in Reykjavik at the weekend and she will also potentially be up against outdoor champion Laura Muir, who ran a Scottish record of 1:59.50 in Torun and has also entered the longer events.

Another Scottish challenge could come from former European outdoor champion Lynsey Sharp who ran 2:02.90 to win in Boston in her first 800m of the year last weekend.

Defending champion Katarina Johnson-Thompson will start favourite but it looks like being a competitive event.

Abigail Irozuru and Jahisha Thomas have jumped 6.50m this winter and will challenge for medals along with last year’s runner-up Jazmin Sawyers, plus heptathlete Niamh Emerson and under-20 Lucy Hadaway.

Richard Kilty, the former world and European 60m champion, heads the list of those named to run the event, plus Harry Aikines-Aryeetey, Ojie Edoburun, Nethaneel Mitchell-Blake and Andrew Robertson – the latter showing particularly good form so far this winter.

Watch out, too, for Dwain Chambers, the former world indoor and multiple British champion who has entered age 40, although there is no in-form Reece Prescod or defending champion CJ Ujah.

Elliot Giles and Guy Learmonth have started their year in good form. Jamie Webb has also impressed lately, while young guns like Markhim Lonsdale, Alex Botterill and George Mills will be aiming to make their mark.

The February 7 edition of AW magazine includes our full preview but a list of finals is below.

» Finals only listed above

BBC online and red button are covering the championships, while it will also be streamed on the British Athletics website. Look out too for AW’s social media updates and in-depth magazine coverage in the February 14 issue.