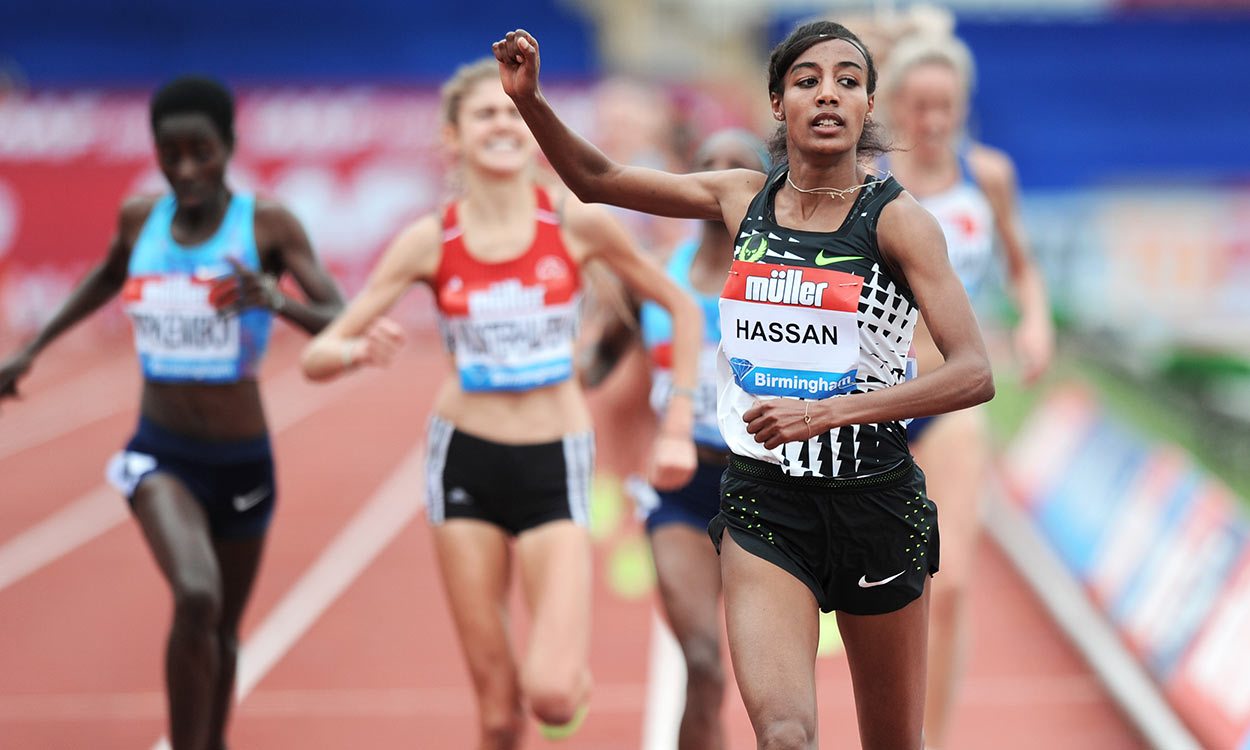 Meeting best falls as Dutch runner surprises herself with a national record at the Diamond League meeting, while Elaine Thompson and Sophie Hahn are also among winners

It might have been just a week since her 5000m bronze in London, but there was no evidence of a post-IAAF World Championships slump for Sifan Hassan as the Dutch runner stormed to record-breaking success over 3000m at the Müller Grand Prix Birmingham.

Racing over the distance outdoors for the first time in three years, the world indoor 1500m champion clocked 8:28.90 to break both the meeting record and improve her own national record after a well-judged race.

With a strong finish, the 24-year-old moved past her rivals in the closing stages to beat Konstanze Klosterhalfen by almost a second, with the German European indoor silver medallist also breaking a national record with her time of 8:29.89.

“Racing over distances like the 800m and 3000m always surprises me but it was a fast race today and I ran a very good time,” said Hassan, who was joined in 3000m triumph by her fellow Alberto Salazar-coached athlete Mo Farah as he bid an emotional farewell to track racing in the UK. “The fact that it is a national record and meeting record is a nice bonus for me.

“It went out fast but then I felt a bit tired so winning surprised me,” added Hassan, who had also finished fifth over 1500m at the IAAF World Championships in London. “I had to work hard but that is a great result coming off the back of a world championships, so I am very pleased.”

A little later on, Jamaica’s double Olympic champion Elaine Thompson bounced back after her fifth place in the world 100m final to clock 10.93 and return to winning ways in that event ahead of double world silver medallist Marie-Josée Ta Lou with 10.97 into a -1.2 m/s headwind. After running a season’s best of 11.13 in her heat, British record-holder Dina Asher-Smith clocked 11.21 for fifth, one place ahead of Dafne Schippers with 11.22.

“I am leading the Diamond Race so I have that as my main focus, to get my hands on that trophy,” said the winner. “That is motivating me for the rest of the season.”

After winning the world 100m hurdles title, Australia’s Sally Pearson switched to the flat and clocked 11.38 for sixth in the first heat, just ahead of Britain’s Bianca Williams with 11.61. Asha Philip missed out on making the final by just 0.01, clocking 11.20 to finish sixth in the second heat, while her fellow Briton Desiree Henry was eighth in 11.23.

After her world 400m silver, Salwa Eid Naser got the win to again finish just ahead of Allyson Felix, clocking 50.59 to the 16-time world medallist’s 50.63. Felix’s fellow American Courtney Okolo was third in 50.66, while world champion Phyllis Francis was fourth and Britain’s Zoey Clark eighth.

In the pole vault, Katerina Stefanidi extended her unbeaten run this season to 11 competitions as the newly-crowned world champion cleared 4.75m for victory despite challenging conditions.

After clearing her opening height of 4.61m on her first attempt, the Olympic gold medallist used two attempts to clear both 4.68m and her winning height. British record-holder Holly Bradshaw, who had been left disappointed after her sixth place in the world final, cleared 4.61m for second ahead of a field featuring world silver medallist Sandi Morris and bronze medallists Robeilys Peinado and Yarisley Silva. 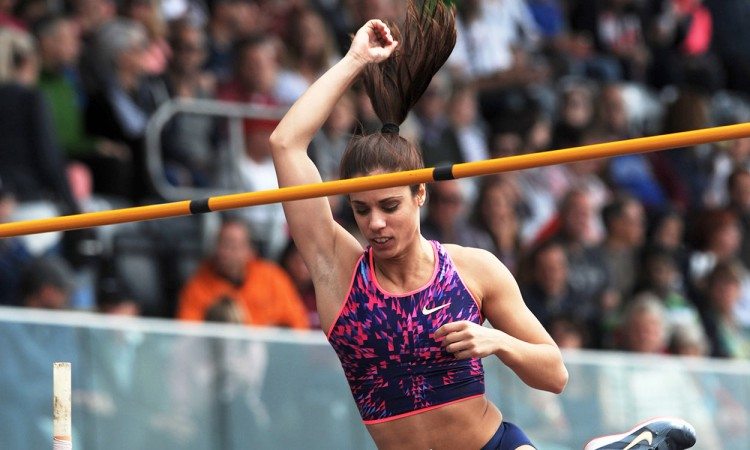 World discus champion Sandra Perkovic also struggled with the conditions but threw over 67 metres twice to claim victory with 67.51m ahead of 2015 world gold medallist Denia Caballero with 65.24m. Britain’s Jade Lally was ninth with 53.65m.

The women’s 800m saw Britain’s Lynsey Sharp to the fore off the final bend but Ethiopia’s Habitam Alemu powered through for victory, clocking 1:59.60 to Sharp’s 1:59.97 as USA’s Charlene Lipsey finished third in 2:00.97 and Sharp’s fellow Briton Alexandra Bell seventh in 2:02.30.

“It was fantastic to have four world champions in the race; we spur each other on,” said Hahn. “I thought it would be close.

“Kadeena and Georgie had a battle but I had to focus on myself. This is the end of my season now so I’ll have a bit of a break and then back in the gym to focus on the Commonwealths.”

Olympic champion and London world silver medallist Caterine Ibarguen was back on top in the triple jump as she leapt 14.51m to win ahead of Jamaica’s Kimberly Williams with 14.44m as world champion Yulimar Rojas was down in seventh with 13.94m. Britain’s Laura Samuel was 10th after a best leap of 13.26m.

After her silver medal-winning performance in London, there was another second-place finish for Olympic champion Dalilah Muhammad in the 400m hurdles as she clocked 54.20 behind two-time world champion Zuzana Hejnová with 54.18. GB world team captain Eilidh Doyle finished fourth in 54.89.