Siblings among winners on weekend of running in Birmingham 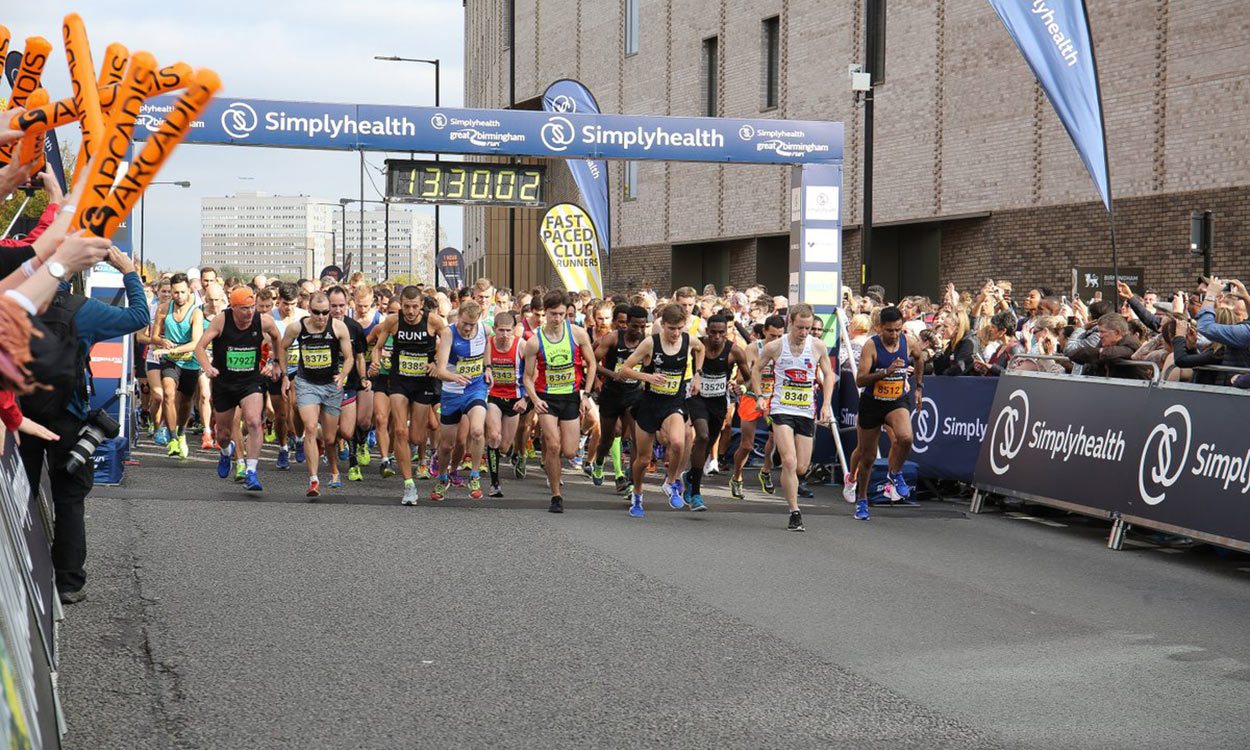 A brother and sister double plus a home city marathon victory were among the highlights as thousands of participants took to the streets of Birmingham for a weekend of running.

Birchfield Harriers siblings Will and Chloe Richardson won the popular and well-established Simplyhealth Great Birmingham Run half-marathon, while Chris Ashford of Birmingham Running Athletics & Triathlon Club (BRAT Club) made the most of the local crowd support on his way to victory in the inaugural Birmingham International Marathon on Sunday.

The day before, young runners had got involved with the Simplyhealth Junior and Mini Great Birmingham Run events.

As marathon action returned to the city for the first time in more than 30 years, Ashford overtook long-time leader Martin Williams in the final mile to claim the win, clocking 2:33:46 to the Tipton Harriers’ 2:34:43. Daniel Robinson, also of the BRAT club, finished third in 2:36:39.

The women’s marathon was won by Cambridge & Coleridge’s Sophie Kelly as she ran a more than 20-minute PB to clock 2:52:08 and finish ahead of Andrea Banks of Jersey Spartan with 2:58:09 and Victoria Briggs with 2:58:37.

Forming part of the Great Run British Marathon Series, the longest event of the weekend started at Alexander Stadium, the home of British Athletics and Birchfield Harriers. Organisers hope that the 26.2-miler will help to raise the standard of marathon running in the UK after Britain was the dominant force in marathon running in the 1960s but standards have been largely in decline.

Following the marathon, attention then turned to the 13.1-mile Great Birmingham Run, with 19-year-old Will Richardson winning in a 66:38 PB before his 23-year-old sister Chloe clocked 81:40 to claim the women’s win.

That mark puts Will Richardson fourth on the UK under-20 half-marathon all-time list, but second amongst teenage under-20s.

Michael Kallenberg of the RAF was runner-up in the men’s race ahead of Tipton’s Richard White, while Sarah Stradling of Colchester Harriers and Rachel Olivant of Derby AC completed the women’s top three.

Brendan Foster, chairman of organisers The Great Run Company, said: “It was an outstanding weekend of running in Birmingham and underlines the city’s credentials as the perfect potential host for the 2022 Commonwealth Games.

“Congratulations to all participants and thanks to the spectators who made their contribution to a memorable series of events.”