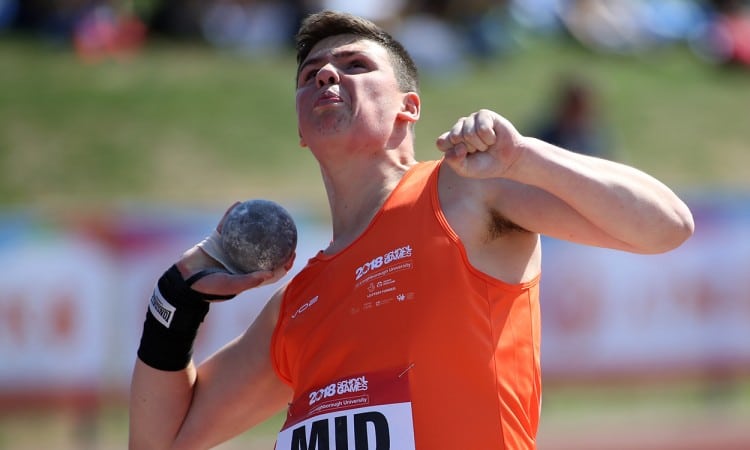 The second and final day of athletics at the 2018 School Games proved exciting once again, with two shot put records being broken on Saturday, David Brown reports.

In the boys’ shot, European Under-18 Championships finalist Lewis Byng (pictured) set a Games record with a fourth-round throw of 19.05m, just after breaking a 10-year old record in round three with 18.92m.

The girls’ equivalent saw Nana Gyedu of England South break last year’s record by throwing over 15.69m. With this throw, Gyedu will move up to fourth on the UK all-time under-17 women’s rankings.

On the track, Marcia Sey, a finalist in the 100m hurdles at the European Under-18 Championships earlier this season in Gyor, won the gold in the shorter distance of 80m hurdles in 11.02, but was denied a record due to an illegal wind speed of +2.6m/sec.

In the end, England South’s 18 golds took them to the top of the medals table ahead of England North and England Midlands.