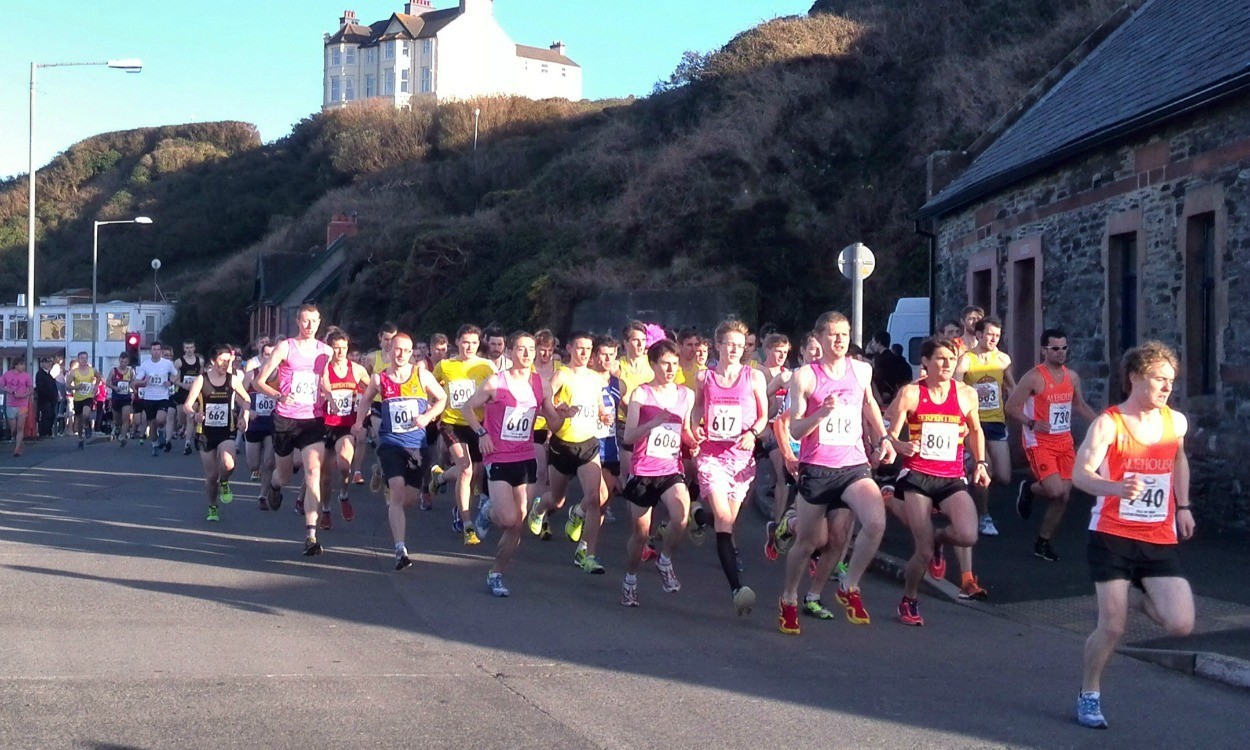 Chelmsford’s Alex Short won the men’s Port Erin 10km race on Friday on the first day of Isle of Man Easter Festival of Running action, while Rachael Franklin of Manx Harriers impressed in front of a home crowd to take victory in the women’s event.

Competing in almost perfect conditions with cloudless skies and warm sunshine, Short – running for Cambridge University – clocked a big PB of 31:14 over the undulating course, taking 81 seconds off his previous best and with three seconds to spare over Glenn Phair of Annadale/Leeds University. Phair also reduced his PB to 31:17, a 11 second improvement.

Matt Leach of Bedford and County – also running in the dubious pink colours of Cambridge University – took third spot for yet another PB in 31:27, a 53-second improvement.

Franklin also set a lifetime best for victory, crossing the line in 37:09, seven seconds clear of Sarah Barker of Sale Harriers and running here for Manchester University who clocked 37:16. A further 20 seconds behind was IOM Festival regular Polly Keen of Havant/Cambridge in 37:36.

“I found it hard to pace tonight as this was only my first 10km and running with the men doesn’t help with pace judgement,” commented Franklin.

“I’m looking forward to tomorrow,” she added, ahead of Saturday’s 3 and 4 mile multi-terrain hill runs. “I know it’ll be tough, but the advantage is it’s a female race only and that will be far better.”

The team standings saw another victory for Cambridge University from Leeds University and Edinburgh University.