Shaunae Miller-Uibo back on top of the world in Brussels 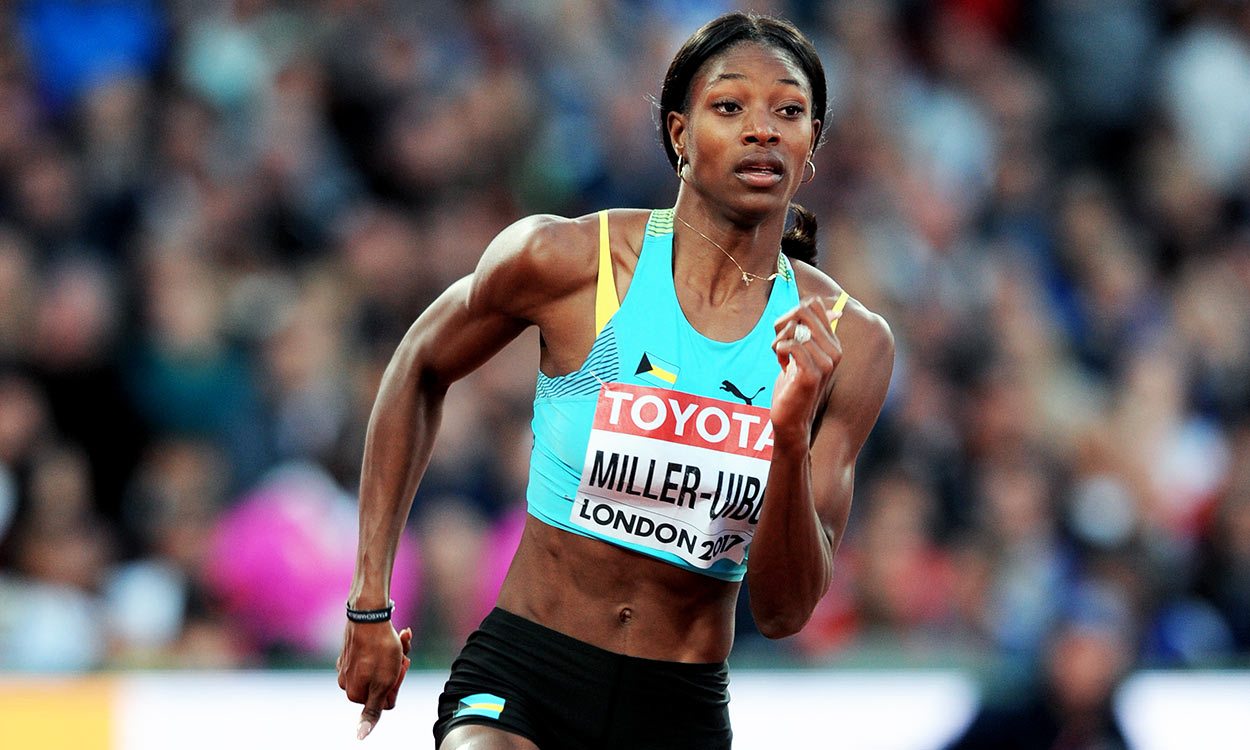 Shaunae Miller-Uibo had proved her prowess over 200m in Zurich and then on Friday evening in Brussels there was no repeat of her London drama as she powered down the finishing straight to win the 400m in an impressive world-leading 49.46.

In the final meeting of the 2017 IAAF Diamond League series, the Olympic champion claimed her second Diamond Trophy and $50,000 winner’s prize at the AG Memorial Van Damme.

Chasing her hard all the way was London runner-up Salwa Eid Naser, who ran her first sub-50 with 49.88. It was a Bahrain record and followed her three records in each round at London!

The women’s 5000m was a quick race and saw arguably the British performance of the night.

Ethiopian Senbere Teferi did well to finish third in 14:32.03, having had a heavy fall mid race which dropped her to last at one stage.

Eilish McColgan has had a stunning season and she carried on her PB form. Finishing as first European – and indeed first non African – she smashed her PB by 12 seconds and broke 15 minutes for the first time, despite being affected by Teferi’s fall as she had to sidestep her.

The men’s steeplechase saw a fast opening kilometre of 2:40.27 from USA’s Haron Lagat and then Evan Jager went ahead in 2000m in 5:24.45 with five disputing the win at this stage. On the last lap it was London runner-up Soufiane El Bakkali who broke clear and had a clear lead at the final barrier. However, world and olympic champion Conseslus Kipruto changed pace dramatically in the last 40 metres and pipped the Morrocan to win in 8:04.73 from his rival’s 8:04.83.

Jager messed up his final water jump and finished a distant third in 8:11.71.

Another great race was the women’s 1500m.

Sifan Hassan took over and made a long run for home, passing 1200m in 3:11.64. She tried everything on the last lap but world and Olympic champion Faith Kipyegon kicked past in the straight to win in 3:57.04 from the Dutch athlete’s 3:57.22.

Laura Weightman was in the battle for third but ended up seventh in a season’s best 4:00.71, close to her PB of 4:00.17. She finished just 0.01 behind world silver medallist Jenny Simpson.

The men’s 800m saw Bran Som lead the pack through in 49.61 and then Nijel Amos, so disappointing in London, kicked ahead past 600m in 77.09. The Botswanan, who has been the top runner on the Diamond League circuit all year, looked vulnerable in the straight and his last 200m was a sluggish 27.44 but he held on to win in 1:44.53.

A surprise second was Marcel Lewandowski, who pipped his Polish team-mate Adam Kszczot with 1:44.77 to 1:44.84. Britain’s Elliott Giles struggled with the pace and was seventh in 1:47.03.

The men’s 200m was a very close race and won with a very strong finish from USA’s exciting prospect Noah Lyles in 20.00. Close behind was Ameer Webb in 20.01 and world champion Ramil Guliyev, who lost his unbeaten record at the distance, but it was close as he was third in 20.02.

Zharnel Hughes won the battle of the Brits in sixth in 20.27 with Nethaneel Mitchell-Blake seventh in 20.33.

The 2015 world champion Sergey Shubenkov carried on his good late season form winning the 110m hurdles in 13.14. Orlando Ortega was second in 13.17 with world record-holder Aries Merritt, who led early on, third in 13.20.

Eilidh Doyle had a much better run than she had in the World Championships and she was fourth in 55.04.

World leader and world and Olympic champion Sandra Perkovic was a clear winner of the discus in 68.82m. Dani Stevens repeated her London position with a 65.85m in second.

The women’s 100m also went to the wire as double Olympic champion Elaine Thompson won after a slow start in 10.92 as she got up on the line to pip double London silver medallist Marie-Josee Ta Lou, who was second again in 10.93.

The women’s long jump saw disappointing distances but was a close event as Ivana Spanovic, presumably with her bib number very tight, won with a 6.70m leap with Lorraine Ugen gaining some good scalps in second in 6.65m.

The women’s high jump though was no competition at all as world champion Mariya Lasitskene was a class apart. She cleared 2.02m and a distant second was Yuliya Levchenko with 1.94m.

Third went at a mere 1.88m, with Michaela Hruba taking that place. Belgium’s world and Olympic heptathlon champion Nafissatou Thiam was also over that height in fourth.

Another dominating athlete this season has been Katerina Stefanidi and she won the pole vault with a 4.85m clearance. Sandi Morris was second with a 4.75m leap, a height matched by Alysha Newman in equalling her Canadian record in third. Holly Bradshaw was sixth with a 4.55m vault.

Another successful world champion was Andrius Gudzius who won the men’s discus easily with a 68.16m throw while Christian Taylor also was in dominant mood in the triple jump with a 17.49m leap. Will Claye was second again in 17.35m.

Former world champion Yohan Blake was a clear winner of the non-Diamond League men’s 100m in 10.02. Michael Rogers was second in 10.09. James Dasaolu was sixth in 10.24 and Harry Aikines-Aryeetey was seventh in 10.27.

The non-Diamond League men’s 400m was built around the three Borlee brothers but they could only finish fourth to sixth. The clear winner was Luquelin Santos in 45.67, with Rabah Yousif finishing well for second in 46.10, with double European champion Martyn Rooney third in 46.29.

The evening before, USA’s Darrell Hill had the throw of his life to secure the $50,000 winner’s cheque and Diamond Trophy in the shot put. Held outside of the stadium at Place de la Monnaie in the centre of the city, Hill saved his best until the final round and he launched the shot to 22.44m to add more than half a metre to his PB and break the meeting record.

Olympic champion Ryan Crouser had gone into the competition looking to bounce back after the disappointment of missing out on a medal at the world championships and he led until that final round with 22.37m from his first throw. He couldn’t respond to Hill’s huge final effort, however, and had to settle for second. It was a USA top three as Joe Kovacs was third with 21.62m in a competition which saw seven of the eight athletes throw over 21 metres. World champion Tom Walsh was sixth with 21.38m.

» The September 7 edition of AW magazine will include a report, pictures and results