Semenya and Samba among winners at high-quality Doha Diamond League 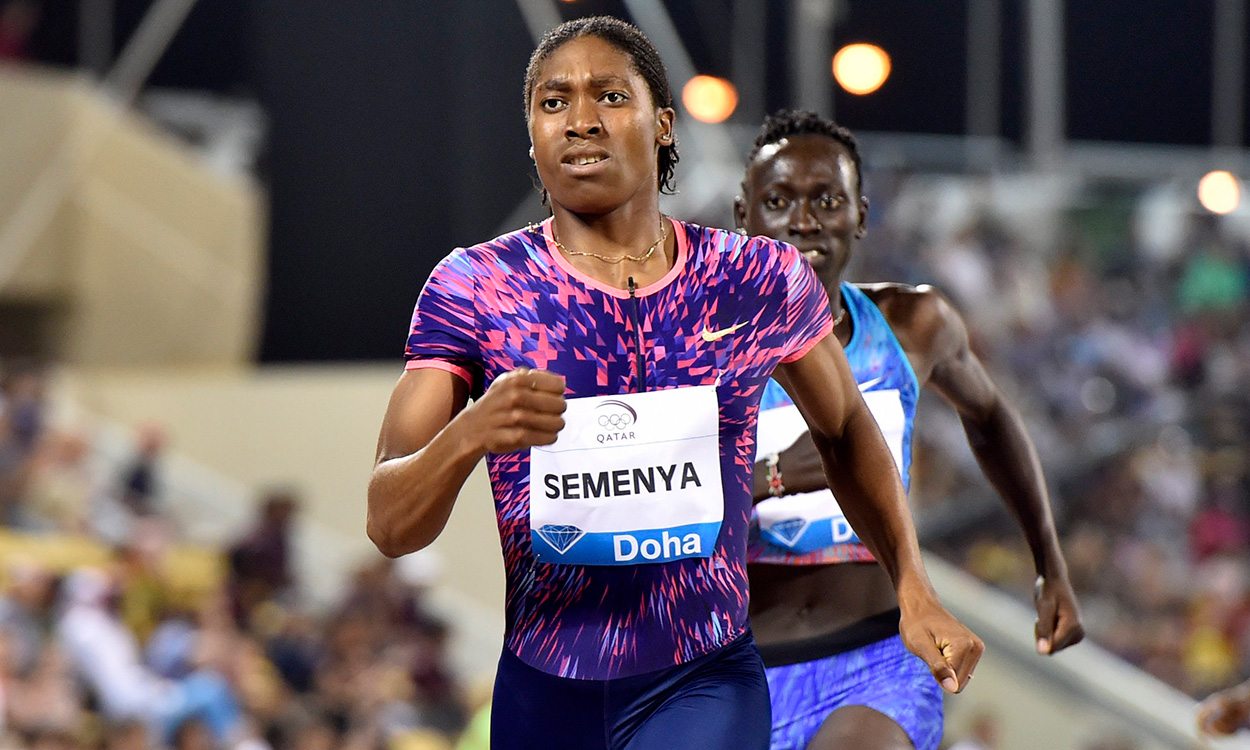 Abderrahman Samba and Mutaz Essa Barshim secured success on home soil, while Caster Semenya was also among the many athletes to impress as IAAF Diamond League action returned in Doha on Friday.

Samba secured a huge victory in the 400m hurdles, making his intention clear from the start and going on to cross the line in 47.57 for a Diamond League and Qatar record, plus the fastest time in the world since 2010. USA’s Bershawn Jackson was second in 49.08 and Commonwealth champion Kyron McMaster of British Virgin Islands third in 49.46. Britain’s Jack Green placed seventh in 50.22.

There was another South African record by Semenya (pictured above winning the Doha 800m in 2017) as the double Commonwealth champion clocked 3:59.92 to dip inside four minutes for the first time, improving on her previous best of 4:00.71 which was set on the Gold Coast last month.

Kenya’s Nelly Jepkosgei was second with a PB of 4:00.99, while Ethiopia’s Habitam Alemu came through for third with 4:01.41.

To the delight of the home fans, world high jump champion Barshim cleared 2.40m for victory, making this the sixth consecutive summer in which he has cleared that height or higher. Syria’s world bronze medallist Majd Eddin Ghazal was second after clearing 2.33m.

Steven Gardiner was a dominant winner in the 400m as he broke the meeting and Bahamas records with 43.87 to beat Abdalleleh Haroun with 44.50 and Isaac Makwala with 44.92, while USA’s Noah Lyles stormed down the home straight to secure 200m success with a meeting record and PB of 19.83 ahead of Jereem Richards with 19.99. Britain’s Nethaneel Mitchell-Blake was fifth in 20.37.

Nigeria’s Blessing Okagbare-Ighoteguonor was second in 10.90, Jamaica’s double Olympic champion Elaine Thompson third in 10.93 and Murielle Ahouré of Ivory Coast fourth in 10.96, while Carina Horn improved the South African record to 10.98 in fifth, going sub-11 seconds for the first time.

Such was the standard, world 200m champion Dafne Schippers of Netherlands clocked 11.03 but that was only enough for sixth.

For the first time ever, three athletes surpassed 90 metres in the same javelin competition and the feat was managed by athletes all coming from the same country. Olympic champion Thomas Röhler won with a throw of 91.78m ahead of his fellow Germans Johannes Vetter, the world champion recording 91.56m, and Andreas Hofmann with 90.08m.

Croatia’s Sandra Perkovic had got the meeting off to a record-breaking start as she continued to dominate in the discus, missing her PB by just three centimetres with a throw of 71.38m to break the Diamond League record. Cuba’s Yaime Pérez was runner-up with a best of 66.82m, while Commonwealth champion Dani Stevens of Australia was fifth with 63.59m.

Pedro Pablo Pichardo’s 17.95m leap secured him triple jump victory ahead of USA’s two-time Olympic and three-time world champion Christian Taylor, who had a best of 17.81m. The duo had provided the greatest triple jump competition in history in the same stadium in 2015 as they both surpassed 18 metres, Pichardo with 18.06m to Taylor’s 18.04m.

The pole vault was won by USA’s Sandi Morris as she cleared 4.84m and then had two attempts at 5.01m. Britain’s Holly Bradshaw was second on countback with a 4.64m clearance.

Kendra Harrison won the 100m hurdles in 12.53 from Brianna McNeal, who clattered a hurdle but stayed on her feet to cross the line in 12.58 and secure the runner-up spot as American athletes filled the top four places. Sharika Nelvis was third and Jasmin Stowers fourth.

» Full results can be found here, while the May 10 edition of AW will also include coverage of events in Doha