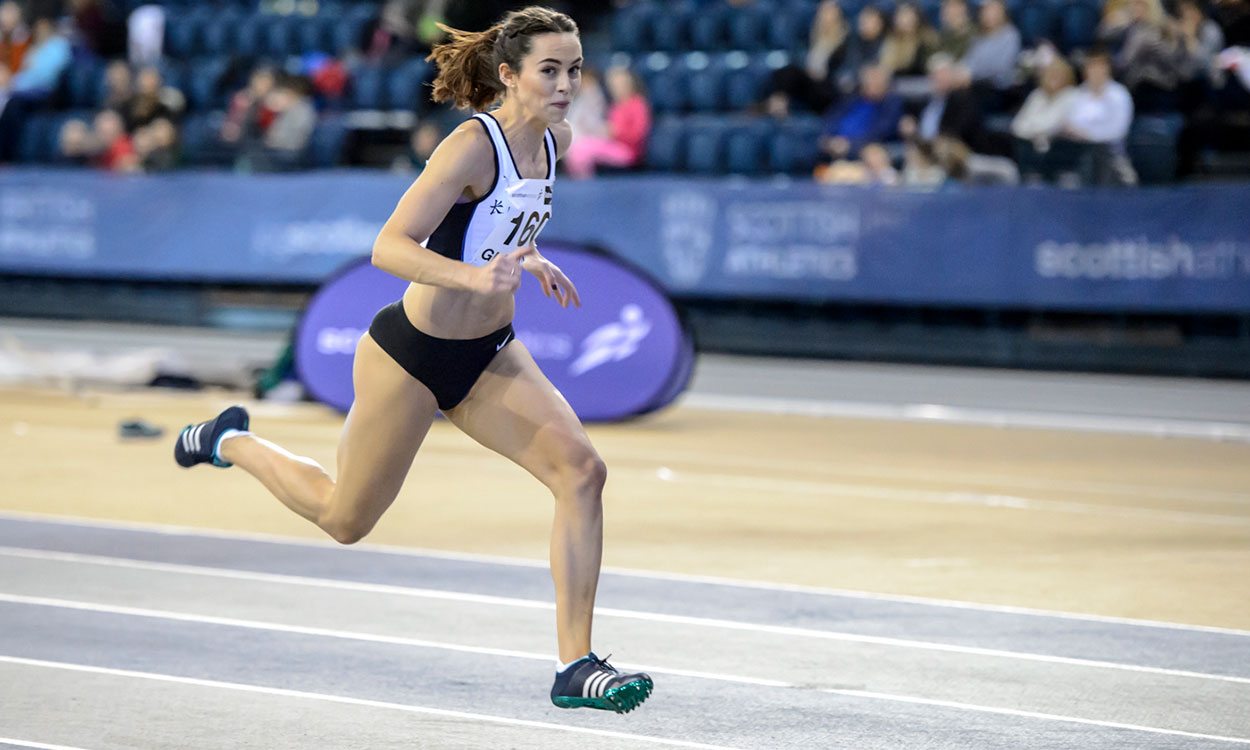 Filmed highlights of the meeting at Emirates Arena, where Heather Paton’s Scottish native 60m hurdles record was among the top performances

A Scottish native record by Heather Paton and David Smith’s Gold Coast Commonwealth standard were among the highlights as Scottish Athletics Senior and U17 Championships action took place at Emirates Arena last weekend.

Paton clocked a PB of 8.37, while Smith cleared 2.21m to meet the Gold Coast qualification standard.

Alisha Rees won the 200m, with her time of 24.18 breaking a 35-year-old Scottish indoor under-20 record which had been set by Olympian Linsey Macdonald in 1982.

The women’s 800m was won by Mhairi Hendry as runner-up Jemma Reekie stormed to a Scottish under-20 indoor record and European under-20 qualifying standard with 2.05.52 to beat Hendry’s former record time.

Find a more in-depth report on the action here and check out the highlights below.