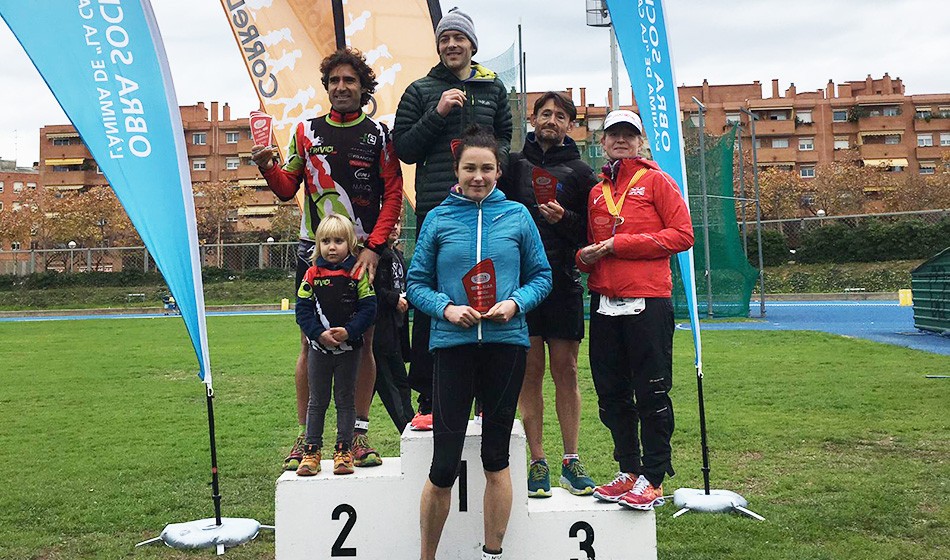 MacDonald (pictured above, top centre) also won this race in 2016 but improved his 24-hour PB by over 10km in this race.

His distance puts him fourth on the Scottish all-time 24-hour list and 17th on the GB all-time 24-hour rankings. It also surpasses the individual guideline standard set by British Athletics for the 2019 24-hour world championships to be held in Albi, France next October.

In the same event, GB international Wendy Shaw of Reading Joggers took fourth place in the women’s event with 216.117km (134.28 miles), which also surpasses the women’s team standard for the 2019 world Championships.

The 70-year-old from Pennsylvania took 25 seconds off Whitlock’s mark set in 2004 despite his calfs cramping badly in the closing stages.

There was an Ethiopian double as Birhanu Legese and Dibaba Kuma claimed the titles in Kolkata. 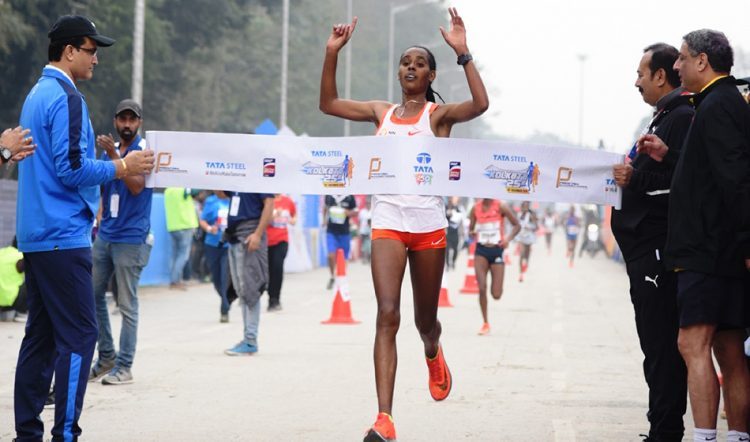 With two kilometres remaining, Legese put in a surge which splintered the leading group. His teenage compatriot Bayelign Yegsaw was the only man to follow closely as the rest struggled to stay with the leading pair.

Legese found another gear over the final 400 metres to fend off Yegsaw, winning in 75:48 to 75:49. Amos Kipruto won the battle for the remaining place on the podium as he just edged out his fellow Kenyan Eric Kiptanui, both men given the same time of 75:52.

In the women’s race, eight runners were still in contention at 20km, which was passed in 71:21 before Kuma and her little-known Ethiopian compatriot Ftaw Zeray started to push hard with two kilometres to go.

Kuma – who clearly had recovered quickly from clocking 2:23:34 on her marathon debut when finishing third in the Ljubljana Marathon just seven weeks ago – eased away to win over the final few hundred metres, clocking 87:34 with Zeray four seconds behind. Tanzania’s Failuna Matanga was third in 87.45.

Letesenbet Gidey and Vincent Rono claimed victory. Gidey clocked 27:22 for the 7.6km course to win 18 seconds ahead of her fellow Ethiopian Hawi Feysa, while Rono ran 34:16 in the 10.6km men’s race to finish six seconds ahead of Spain’s Javier Guerra.

Marc Scott won a huge Christmas hamper after finishing first in the 35th Loftus & Whitby Poultry Run over 8 miles in the north-east of England.

He clocked 41:41, while women’s winner Holly Archer of Cambridge and Coleridge ran 48:42.

» Further coverage and results in the December 20 edition of AW