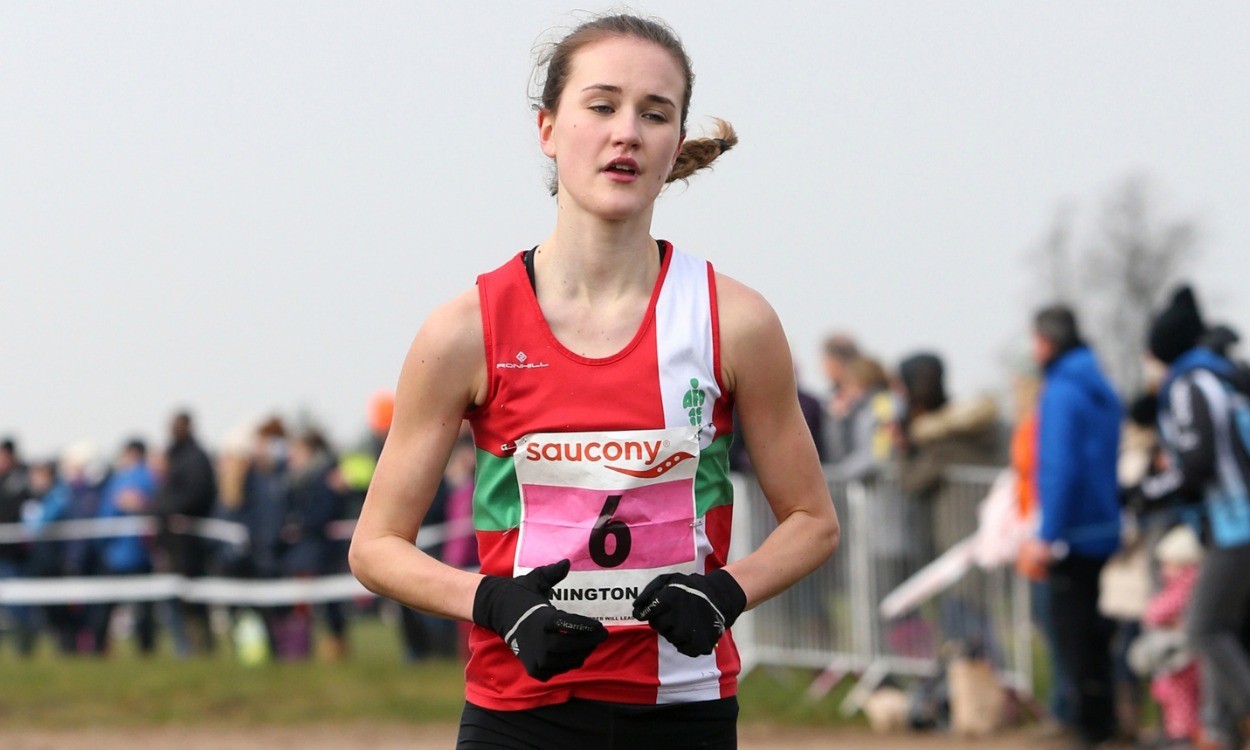 The iconic Nottingham venue will prove a tough test for the youngsters battling it out on the mud for their county.

Leading the entries in the senior girls’ 4.5km race is Kent’s Sabrina Sinha. Having represented her country at the European Cross and Great Edinburgh Cross this winter, the 16-year-old will be looking for her first senior title. However, the result is far from clear cut, as Surrey’s Niamh Brown (pictured) has been in great form and took victory over Sinha in last weekend’s National.

The top two from the junior event last year, Kent’s Kathleen Faes and Hampshire’s Josie Czura, are likely to feature in this year’s intermediate girls’ race over 3.9km. Czura is undefeated in 2016, including victories in the Southern Championships and National and will be looking to improve on her silver from this event last year.

Olivia Mason from Cumbria will start as the favourite in the junior girls’ event over 3.5km, having won the Northern title earlier this year.

The senior boys’ 7km event could be an exciting race, with last year’s champion, Mahamed Mahamed, representing Hampshire, wanting to regain his title. However, the 18-year-old, who represented GB in the European Cross in December, will not have an easy ride, as GB steeplechaser, William Battershill from Devon, beat him at the National and looks in good form.

In the intermediate boys’ 5.7km race, the top three juniors from last year, Zak Mahamed from Hampshire, Josh Cowperthwaite representing Cleveland and Lachlan Wellington, also from Hampshire, have been running well this winter.

» The March 3 AW magazine is a bumper special edition and includes a more in-depth look ahead to the English Schools Cross Country event, while the March 10 magazine will feature reports, pictures and results from Wollaton Park