Sarah Inglis and Yves Sikubwabo among winners in Barbados 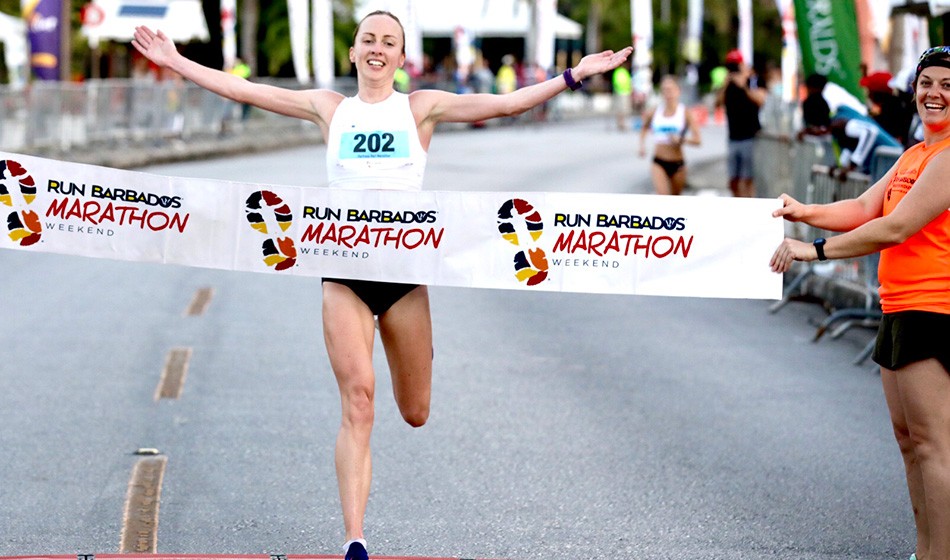 Britain’s Sarah Inglis and Yves Sikubwabo of Canada both retained their half-marathon titles and won multiple events at the Run Barbados Marathon Weekend.

Inglis ended her successful year on a high by completing a hat-trick in the 13.1-mile event on Sunday, adding her win in 82:16 to her joint victory in 2017 and her 2018 triumph.

She also won the women’s mile on Friday evening in 5:01 and clocked 36:20 when finishing second in the 10km on Saturday during the three-day festival of running on the eastern Caribbean island.

“I’m really happy. Tired, but really happy!” said Inglis, who is based in Canada and has improved across the board in 2019 with PBs in events ranging from 4:11.51 for 1500m up to 72:23 for the half-marathon. “The race went really well and I finished strong so it was really good.

“This is the fastest time I’ve done out of the three years I’ve been here. I’m just excited that because the prize is a return trip, I can come back here next year!”

The Scot, who raced for GB at both the European 10,000m Cup and European Team Championships in the 5000m earlier this year, added: “I’ll have a couple of days relaxing and some easy running then I’ve got the Houston half-marathon and the World Half Marathon Championships trials in London on March 1.”

Sikubwabo, who raced for Canada at the World Cross Country Championships in Aarhus in March and is also targeting the World Half Marathon Championships next year, won the Barbados half-marathon in 73:09 the day after winning the 5km in 15:37 and returning to start the 10km just 45 minutes later and winning that in 32:17. He was second in the mile in 4:31 behind Joshua Hunte of Barbados in 4:29.

“It’s good to be back in Barbados,” said Sikubwabo. “You do these races to have fun and get the win sometimes but honestly, I’m having so much fun here in Barbados.”

South Africa’s Carlo Flink was second in the half-marathon in 73:30 and Canada’s Ron Loewen, who is the partner of Inglis, was third in 75:43.

» Read more from a pre-event interview with Inglis here