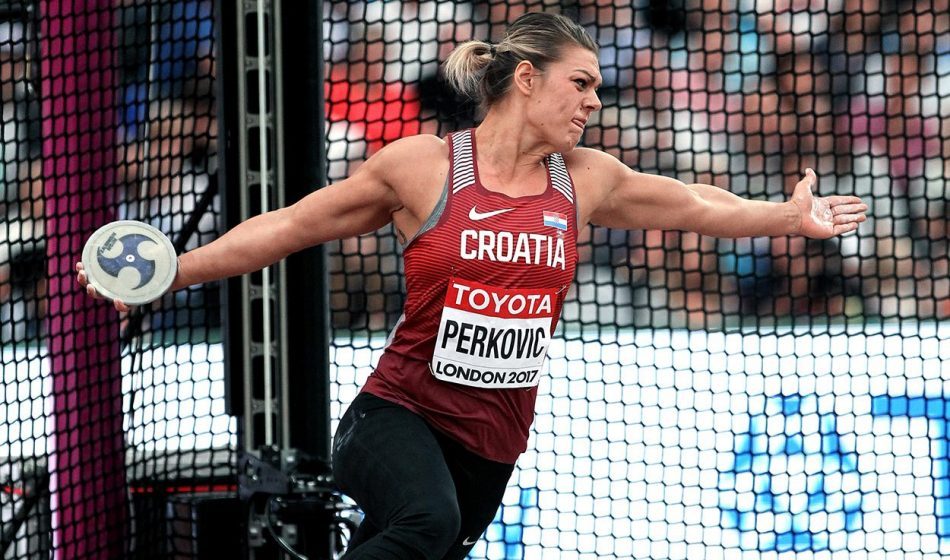 Olympic champion throws over 70 metres for another global gold

She opened with a 69.30m throw to take a five-metre lead in the first round and then, as the crowd roared, she improved to 70.31m in the second. Her third round was much the same quality and was measured as 70.28m and with the radar on or around the 70m mark, she threw 69.81m in the fourth.

There was no improvement but the Croatian had won her fourth global gold.

“I really enjoyed this competition like I never did before,” she said. “I am happy to get my world title back.

“My goal today was to throw over 70m because that I was sure that would be a medal mark. I was confident in my power and in myself from the first attempt.”

Despite her incredible throwing, the margin of victory was not as substantial in later rounds.

That was just a warm-up though for her final throw, as she smashed the Oceania record with a 69.64m to fall just over half a metre short of the eventual winning mark.

“I am so excited,” she said. “Everything came together at the right moment. I cannot believe it.

“I did not think that I could throw that far. I hoped for a PB, now I have a national record and an area record.

“The crowd is phenomenal, it is always a good feeling when you come to London.”

It was France’s Melina Robert-Michon who cemented her position as a big-time thrower after her Olympic silver with a big season’s best. She started with a 65.49m and ended with a 66.21m which ensured the bronze.

This surprisingly meant Cuba were out of the medals.

World no.2 Yaime Perez was fourth with 64.82m and defending champion Denia Canallero was fifth with a throw of 64.37m.