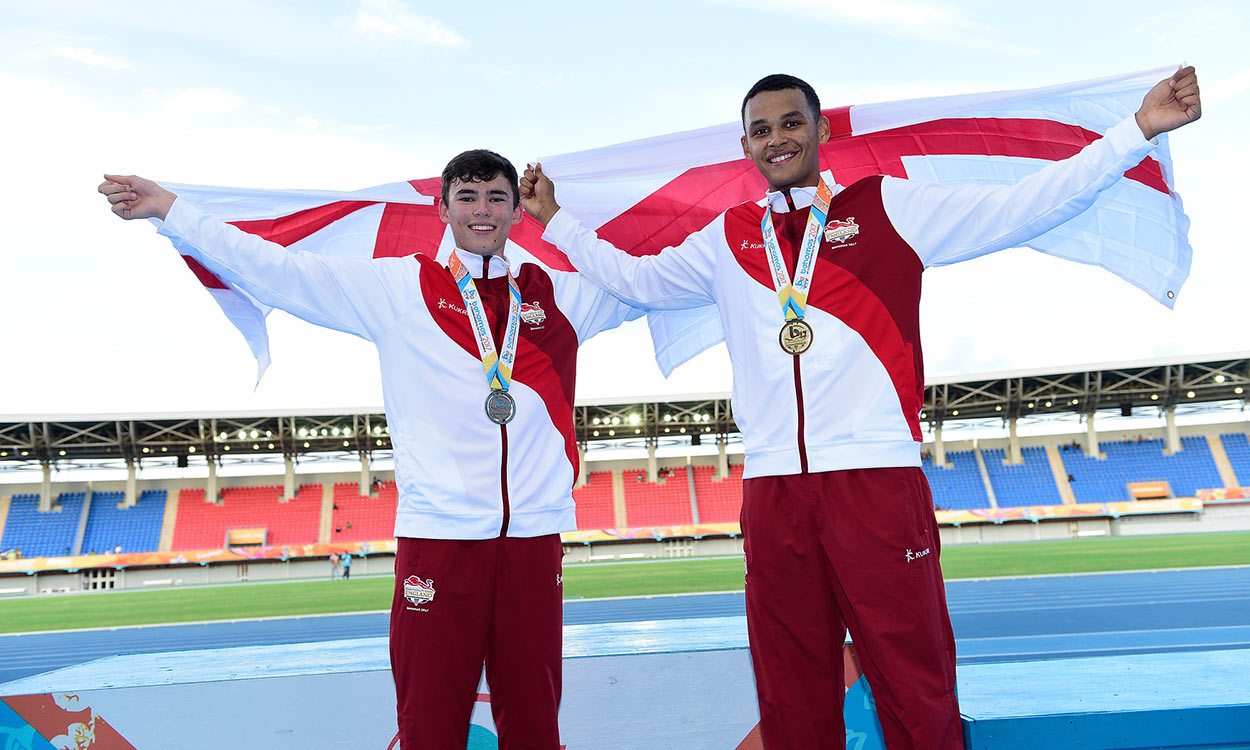 Sam Bennett and Jack Sumners secured England’s first 1-2 of the Commonwealth Youth Games in Nassau, Bahamas, securing gold and silver in the 110m hurdles on Saturday.

They clocked 13.71 and 13.85 respectively, with Denvaughn Whymns getting bronze in front of home fans.

Pippa Earley just missed out on a medal for England in the 100m hurdles as she clocked 13.72 for fourth in a race won by Jamaica’s Shanette Allison in 13.26.

Emma Howe threw 47.04m in the javelin to gain another bronze for England in a competition won by Uganda’s Josephine Joyce Lalam with 51.89m. Bethany Moule placed sixth with 43.27m.

England team co-captain Bennett said: “I feel amazing. It is so good that the whole team have done well today.

“It’s an honour to be part of the best ever day at a Commonwealth Youth Games. I’m glad I could do my bit.”