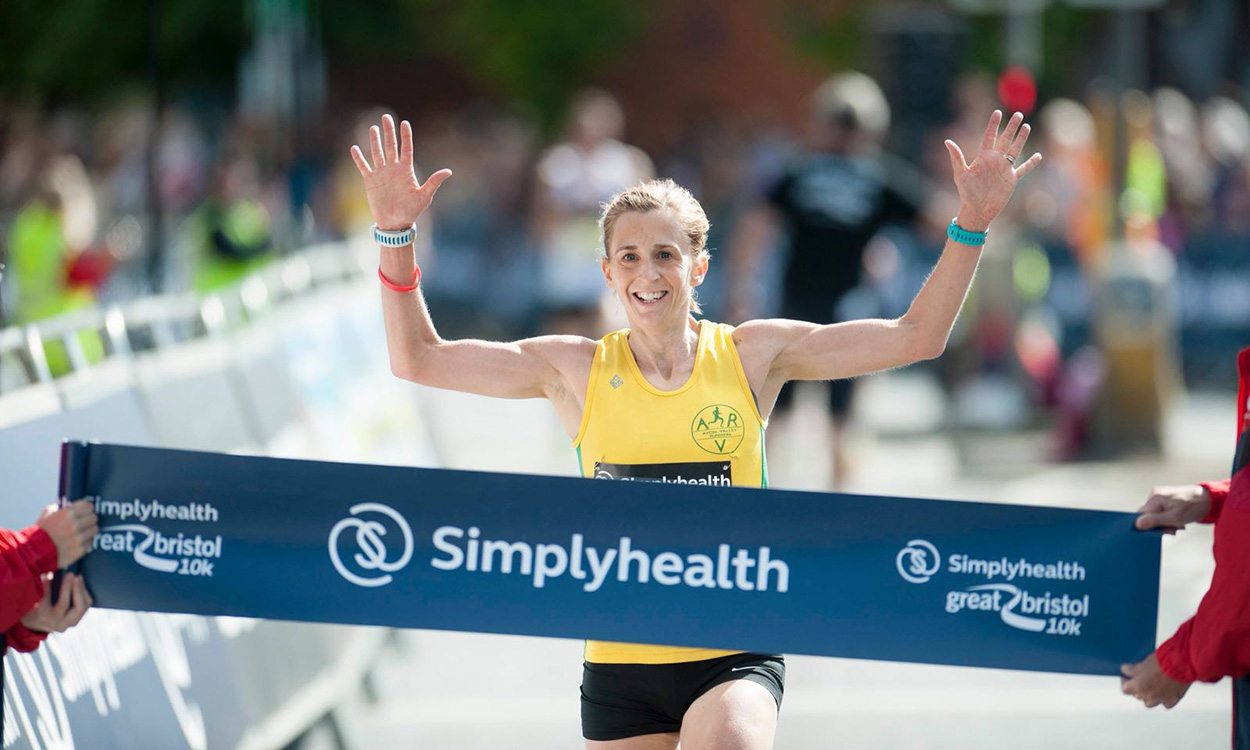 Other top results from the past week included the following:

Tom Merson from Exmouth Harriers AAC won in a time of 30:34 ahead of Phil Wylie from Cheltenham Harriers who crossed the line in 30:37. They were followed by Hercules Wimbledon AC’s Jonathan Cornish in third with a time of 31:01.

Ruth Barnes from Avon Valley Runners took first place in the women’s field in a time of 34:23, followed by Bristol and West AC’s Charlotte Taylor-Green in 35:00 and her club-mate Helen Newberry came third in 36:03.

The 13,000 runners were set on their way by former sprinter Dom Parsons, who won skeleton bronze at the Winter Olympics.

Sydney McLaughlin improved her own world under-20 record, clocking 52.75 to also break the the US collegiate record and move to joint ninth on the world all-time list. Her time is the 13th fastest ever recorded.

44.70 in less than ideal condition, onto the next @purexathletics 🏃🏾‍♂️

Jazmin Sawyers was second in the long jump with 6.43m.

Former world champion Christina Schwanitz returned after a maternity break with a European leading 19.39m in the women’s shot put.

Brett Morse won the discus with a 59.37m throw.

The week after being first masters athlete in the England v Celtic nations match in the Simplyhealth Great Birmingham 10km, Kirsty Longley won the senior 3000m in 9:56.22.

Wendy Laing, who set a world W55 record at the European masters indoor championships in March, won the shot and was second in the high jump and long jump.

Kyle Ennis followed up his British League win at Yeovil with another 200m victory in 21.4.

Asda Foundation Leeds Half Marathon, May 13

The Siglion Sunderland City 10K was won by Andy Powell of Sunderland Harriers in 33:03. Second was Liam Taylor in 33:28 and John Clifford of Evenwood Road Runners was third in 33:31.

The women’s race was won by Alex Sneddon of Jarrow & Hebburn in 36:54, with Danielle Smythe (Heaton Harriers) in second in 37:57 and Stephanie Maclean Dann (North Shields Poly) in third in 39:29.

Abraham Tewelde of Saltwell Harriers retained his title in the Siglion Sunderland City Half Marathon in 70:13, with Conrad Franks of Gateshead Harriers second in 71:34 and Darren Purvis of Birtley AC third in 73:42.

At this inaugural event, Neil Boniface of Crawley AC won the half-marathon 10 seconds ahead of Adam Holland of Notfast RC, with 69:01 the winning time. The women’s race was decided by a sprint finish, which saw Hayley Manning of Clapham Chasers beat Amelia Brown of Crawley Saints & Sinners RC by less than one second, crossing the finish line in 87:37.

Aimed at runners of all abilities, the event featured a three-race 5km programme and allowed entrants to compete to the beat of a live DJ who spurred them around the track with a motivational playlist.

The first race of the night was won by Freddie Upton with a time of 18:41. In race ‘B’ Emily Moyes from West Suffolk Athletics Club beat Jason Dodd from Trent Park with a time of 16:52. Highgate Harriers’ Alex Crossland came first in race ‘A’ with the fastest time of the event (15:29).

Kate Avery recorded the fastest time by a woman on the night, completing the 5km ‘A’ race in 16:00.

» Further coverage and results in the May 17 edition of AW