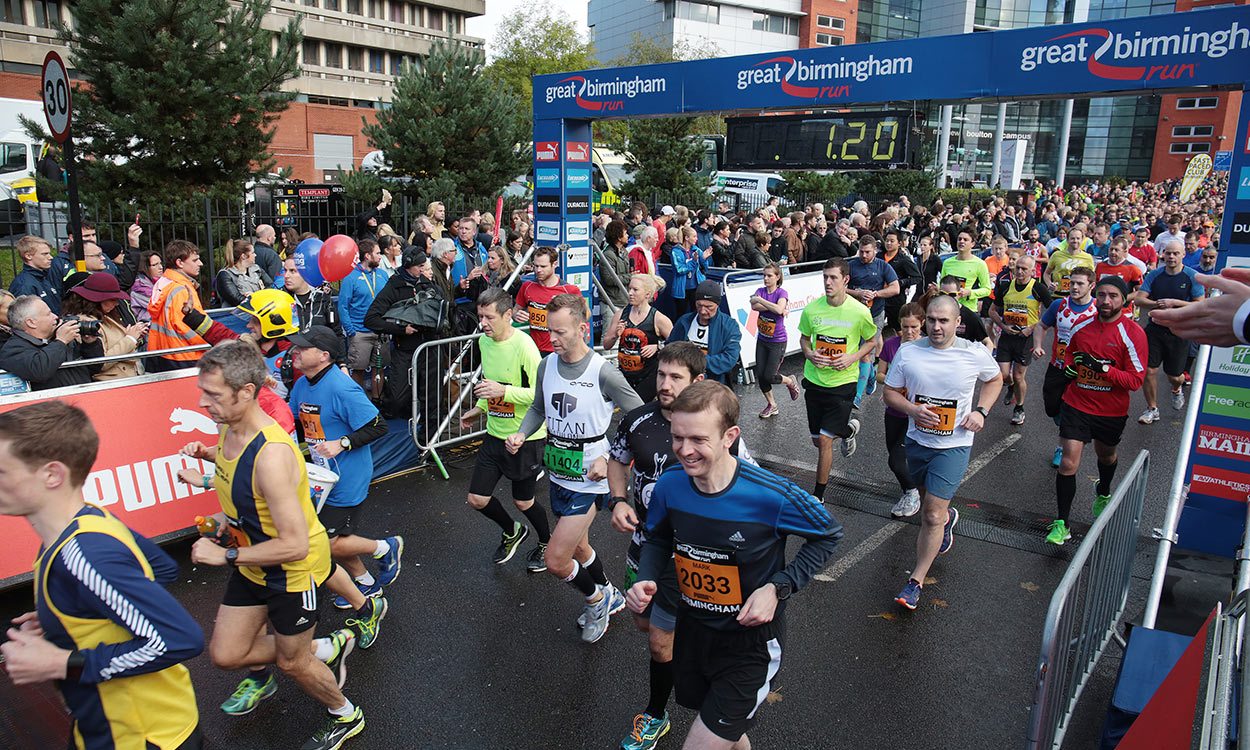 The second-biggest half-marathon in the country – the Simplyhealth Great Birmingham Run – takes place on Sunday (October 15) alongside an exciting new marathon in the same West Midlands city.

The Simplyhealth Great Birmingham Run is second only to the Great North Run in size and stature when it comes to 13.1-mile races.

On the same day, the new Birmingham International Marathon gives runners an opportunity to tackle 26.2 miles in what will hopefully be marathon-friendly autumn weather.

The new event forms part of the Great Run British Marathon Series and will start at Alexander Stadium, the home of British Athletics and Birchfield Harriers, while the Simplyhealth Great Birmingham Run is a well-established event which in the past has staged the IAAF World Half Marathon Championships.

From 229 sub-2:25 performers in 1983 to 11 in 2007, there has been a small revival in recent years which shows that the time is right for a big addition to the calendar to further boost it.

Both half and full marathon events this weekend have a number of aspiring club-standard runners. They include Laura Kyte of Bromsgrove & Redditch, who will be aiming to break 80 minutes for the first time, plus Michael Kallenberg of Cardiff – a 66:48 man.

In the marathon, entries include 2:25 man Andrew Savery of Leamington and 2:29 runner Tony Banks of Jersey.

In addition to this, the Simplyhealth Junior and Mini Great Birmingham Runs take place at Alexander Stadium on Saturday October 14 with the Mini Run open to children of all abilities aged 3-8 and the Junior Run for 9 to 15-year-olds.

» See the October 12 edition of AW magazine, which is available digitally here, for more on the two events, while further information can be found on the Great Run website. There will be TV coverage on Made in Birmingham TV from 11am