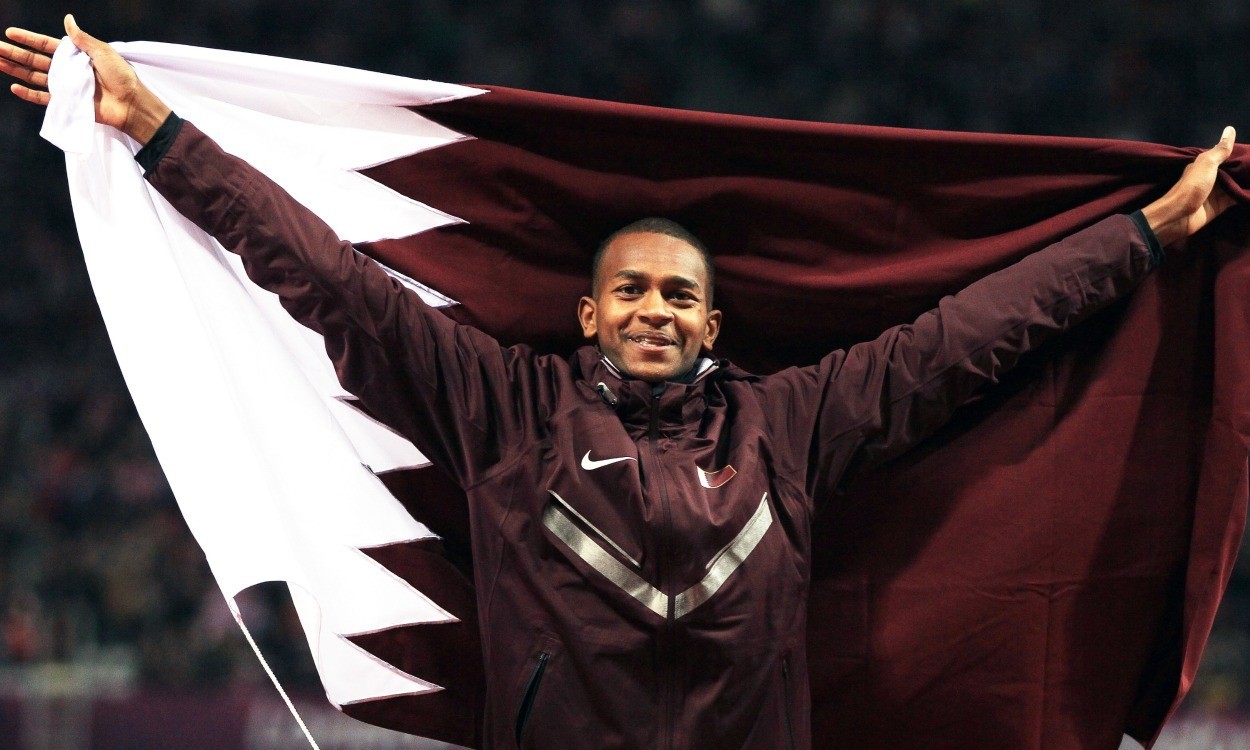 With five 2.40m-plus high jumpers in the field, some top-class action was expected at the Rome Golden Gala – the fourth leg of the 2014 Diamond League series – on Thursday night.

Although Javier Sotomayor’s 21-year-old world record wasn’t threatened, both eventual winner Mutaz Essa Barshim and Bohdan Bondarenko came close to clearing 2.43m. It wasn’t to be, but with a winning height of 2.41m – an equal world lead and equal Diamond League record – world indoor champion Barshim came away having added a centimetre to his own Asian record and recorded a solid series of jumps.

As Russia’s Olympic champion Ivan Ukhov and Canada’s world and Olympic bronze medallist Derek Drouin were among those to bow out with a best of 2.28m, the battle was on between Olympic silver medallist Erik Kynard of the US, world champ Bondarenko and world silver medallist Barshim.

Kynard had to be satisfied with a best of 2.31m for third as both Bondarenko and Barshim cleared 2.34m on their first attempts. Bondarenko skipped straight to 2.43m, while Barshim cleared 2.37m and 2.41m on his first goes to eventually secure the win when both failed as the bar moved higher.

Over on the track and Justin Gatlin ran 9.91 for 100m victory as Jamaica’s Nesta Carter clocked 10.02 for the runner-up spot. Behind them, Britain’s Adam Gemili proved that his first sub-10 performance might not be too far away as he recovered from a shaky start to power through the field and clock 10.07 for third, a season’s best just two hundredths of a second off his PB. Kim Collins was fourth with 10.15 as Gemili’s fellow Brit Richard Kilty – the world indoor 60m champion – clocked 10.26 for ninth. In the men’s 200m, Panama’s 2009 world silver medallist Alonso Edward ran 20.19 to beat France’s Christophe Lemaitre with 20.24.

Making it two wins from two in the sprints, long jump specialist Tori Bowie followed up her 200m victory in Eugene with a 100m win in Rome. With a 11.05 personal best she beat the likes of Kerron Stewart and Murielle Ahoure as Shelly-Ann Fraser-Pryce proved again some way off her best with 11.19 for eighth.

Second behind Asbel Kiprop over 1500m in Doha and Ayanleh Souleiman over the mile in Eugene, it was Silas Kiplagat’s turn for victory in Rome as he came through to clock 3:30.44 for the shorter distance ahead of Souleiman’s 3:31.19 and Kiprop with 3:31.89. Behind them, Homiyu Tesfaye closed in on a tiring Kiprop but had to be satisfied with fourth in a 3:31.98 PB. In the men’s 3000m steeplechase, Kenya’s Jairus Birech was a clear winner, clocking 8:06.20 ahead of compatriots Paul Koech and Brimin Kipruto.

The head-to-head between world champion Brianna Rollins and Olympic champion Sally Pearson in the women’s 100m hurdles never materialised as Pearson was a late withdrawal from the race. Rollins went on to claim victory in a world-leading 12.53 though the win didn’t come easy and she was almost pipped by her compatriot, the 2008 Olympic champion Dawn Harper-Nelson, who clocked 12.54. Behind them, Britain’s Tiffany Porter ran 12.90 for fifth.

Diamond League track action kicked off with a world lead – Jamaica’s Kaliese Spencer clocking 53.97 in the 400m hurdles to go top of the season’s rankings as US hurdler Georganne Moline ran 54.56 for second ahead of Britain’s Eilidh Child who ran a season’s best with her fourth fastest time ever – 54.82 for third.

There was a clear win for world champion LaShawn Merritt over 400m, as he clocked 44.48 without Olympic champ Kirani James – winner in Eugene – to challenge him. Brits Nigel Levine and Conrad Williams ran 45.86 and 46.29 for seventh and eighth respectively.

Eunice Sum was again victorious over 800m, the world champion adding a win in Rome to her domination in Doha. With a world-leading 1:59.49 the Kenyan beat 18-year-old Sahily Diago of Cuba who crossed the line in 2:00.01, while 2009 world champion Caster Semenya, making a rare Diamond League appearance, finished back in 10th with 2:02.66. In the men’s event, world indoor and outdoor 800m champion Mohammed Aman was the final winner on the track as he clocked 1:44.24 in the last event of the evening.

There was a world lead in the pole vault as Cuba’s world indoor champion Yarisley Silva cleared 4.70m, while Olympic champ Barbora Spotakova dominated in the javelin, her series of consistent throws all, bar her first foul, being further than anyone else could manage, her winning 66.43m coming in the second round.

New Zealand’s shot put star Valerie Adams extended her winning streak to 48, her 20.01m in the second round enough to see her ahead of Germany’s world silver medallist Christina Schwanitz with 19.60m. In the men’s discus Germany’s world and Olympic champion Robert Harting was victorious with 62.07m as Britain’s Brett Morse finished 11th with a best of 58.88m.

Two jumps was all it took for Colombia’s world champion Caterine Ibarguen to win the triple jump. No one could beat her 14.48m in the second round, which was her final jump of the competition. While in the men’s competition Olympic silver medallist Will Claye followed up his win in a meeting record in Eugene with another victory, his 17.14m in the fifth round just enough to see him ahead of his compatriot Christian Taylor, the Olympic champ second with a 17.11m season’s best.