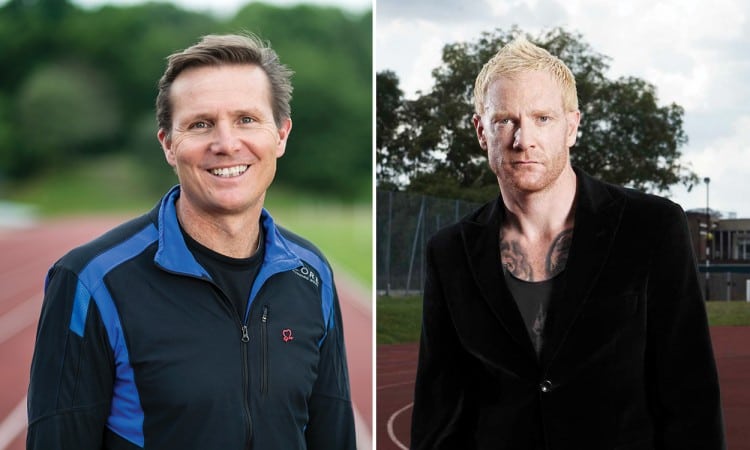 The award-winning National Running Show is to welcome Roger Black MBE and Iwan Thomas MBE as speakers at the 2019 event taking place on January 19-20 at Birmingham’s NEC.

Both former athletes will be a highlight at the second staging of The National Running Show and will be sharing their experience and expertise with the thousands of runners set to gather at the 2019 event. The speaker stage at the inaugural show in 2018 delivered a back-to-back programme of talks to a packed auditorium and the 2019 event promises yet another first-class line-up of running heroes past and present.

Thomas is an Olympic silver medallist and former European and Commonwealth 400m champion, and the fastest ever British 400m runner after setting the British record over 20 years ago. Since retiring from athletics he has become a regular presenter on The One Show and an accomplished live events presenter, including hosting the 2017 World Championships.

Black and Thomas join Paula Radcliffe MBE and Jo Pavey MBE, who have already confirmed their attendance at The National Running Show 2019.

Marathon world record-holder Radcliffe will be speaking on Sunday January 20 and opening day two of the show.

Meanwhile, world, European and Commonwealth medallist Pavey will be returning to The National Running Show for her second year, after captivating the audience at the 2018 event with her wisdom cultivated over years of hard competition.

The National Running Show has made itself a name as the event to attend for runners of all abilities and interests. It is the first show of its kind to bring the UK’s running community together with the very best sports brands, retailers, nutrition experts, race organisers, communities and expert speakers. After the overwhelming success of the debut event, and having been voted the Best Consumer Show Launch at the AEO Excellence Awards 2018, the organisers are working hard to deliver an even bigger and better event in 2019. Visitors to the show can look forward to a much larger floor space, more interactive elements and the presence of many more big names in running.

Mike Seaman, Director of Raccoon Events, commented: “We are thrilled to welcome Roger Black and Iwan Thomas as speakers to The National Running Show 2019. They have both enjoyed glittering sporting careers and will be of huge inspiration to runners young and old attending the show.

“The speaker stage is one of the most popular elements of the show and we can guarantee a stellar line-up of speakers and panel discussions to motivate our audience and encourage them to achieve their own individual goals. We will be announcing more speakers in the weeks to come and look forward to welcoming everyone to the NEC next January.”

Tickets for The National Running Show are on sale on the event’s website and cost £10 per person for the weekend.